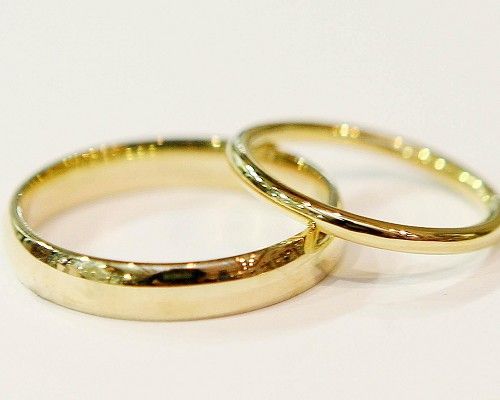 Islanders are being urged to come out and march to support the Island’s first rally for equal marriage and gay rights this weekend.

Deputy Montfort Tadier has organised the Equality Parade on Saturday lunchtime from the Royal Square to Liberation Square. He describes it as "...an inclusive event and one that will send the message to government that there is nothing to be feared from adopting Equality at the heart of all our legislation, but everything to be gained.”

This week states members voted to take more time to decide whether there should be a change in the law which would allow gay couples to marry.

Same-sex couples have been able to marry in the UK since March this year, but Jersey’s legislation only allows civil partnerships. And if a married gay couple from elsewhere moves to Jersey, their relationship here is still only recognised as a civil partnership.

The decision to delay the debate on equal marriage has disappointed many including the founder of a new group supporting transsexual, transgender, genderqueer, androgynous, bigender and intersex Islanders.

Trans*Jersey’s  Vic Tanner Davy said:  “It was clear from a number of speakers that they felt ill-prepared to vote on the issue. I hope that, having been given plenty of warning now, they will take the opportunity of the summer recess to do their homework, research the issue and understand the arguments from both sides.

“This is a wake-up call to States members that they need to ensure they are informed of the facts regarding equal marriage ready for the autumn elections where it will be an issue that they will be asked by the electorate to come out for or against. This is not something that is going to go away.”

Almost six hundred people have already confirmed on social media that they will be joining in the rally.

Martin Gavet from Liberate which campaigns for better rights for lesbian, gay, bisexual, transsexual or questioning Islanders in Guernsey will be addressing the crowd and there will be other speeches and music.

Islanders are being asked to congregate in the Royal Square at midday on Saturday.

Posted by Nigel Geary on Jul 10th, 2014
I hope this is not adopted by the States of Jersey, marriage is for a man & a woman, always has been & should always be. They can raise a family, simple biology & christianity!!
Posted by Paul Marie-Willows on Jul 10th, 2014
Nigel Geary,
Your comment is so bigoted it is unbelievable.
I am gay, have my own biological children, which I raise with my civil partner, and I am also a Christian.
To think that gay people are unable to do these things is extremely blind sighted and offensive.
You should take a hard look at yourself and rethink your attitude towards gay people.
Posted by Nigel Geary on Jul 10th, 2014
Paul, I am entitled to an opinion, and that was my opinion.
Posted by Nigel Geary on Jul 10th, 2014
Paul Marie-Willows,
The beauty of free speech and democracy - I'm enitled to an opinion and so are you, we don't have to agree and that's my opinion. Thank you!
Posted by Roisin Pitman on Jul 11th, 2014
marriage isn't exclusive to christianity. You can get married without it being a religious ceremony. Married by the State is still married. Nobody will be forcing Churches to marry against the doctrine of that particular church. There are those safeguards in the Law.
To place a comment please login Login »