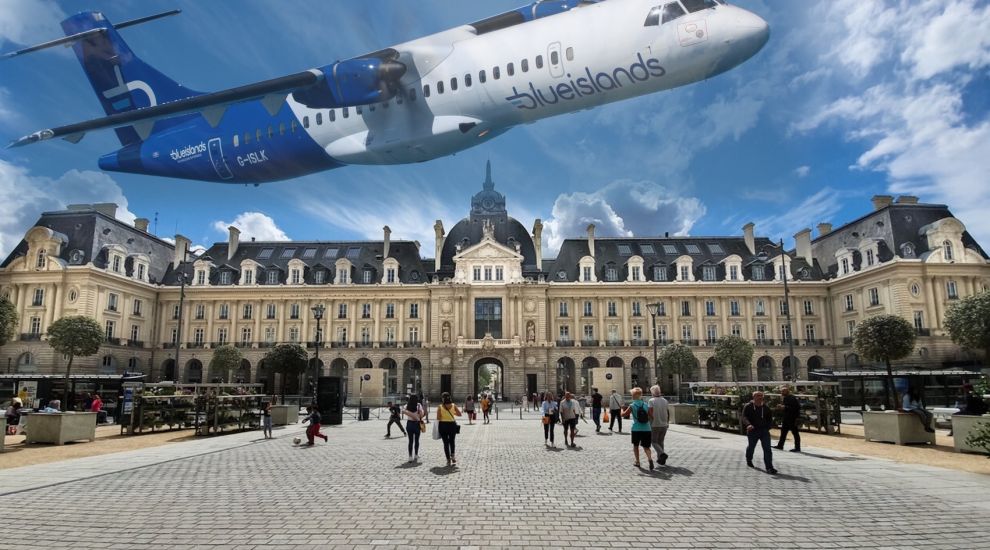 Islanders will be able to fly directly to Rennes this summer – the first time there has been a commercial air link between Jersey and France for more than seven years.

Blue Islands has announced it will be operating a twice-weekly service to Rennes on Monday and Friday from 20 June to 9 September.

The route will be operated with ATR 72 aircraft, which can take up to 68 passengers.

The last commercial air link between Jersey and France was a service to Paris CDG, which was operated by Blue Islands, ending in December 2014.

Ports of Jersey CEO Matt Thomas said he was “thrilled” about the new flights, which will operate in the afternoons.

“Building connectivity into Europe is a tremendous opportunity for the Island… Now we all need to get behind this service to ensure it’s a success and continues beyond the initial 12-week summer schedule.”

Economic Development Minister Senator Lyndon Farnham noted that the new link also “opens up opportunities for inbound travel from our Brittany neighbours as well as other regions, thanks to a direct TGV rail link between Rennes and the French capital, Paris.”

Assistant Minister Deputy Kirsten Morel added: “The trading links between Jersey and Brittany go back hundreds of years. We have strong cultural, historic and social connections with our geographical neighbour, and this new route is a perfect opportunity to strengthen the existing economic and cultural ties between the Island and the region.”