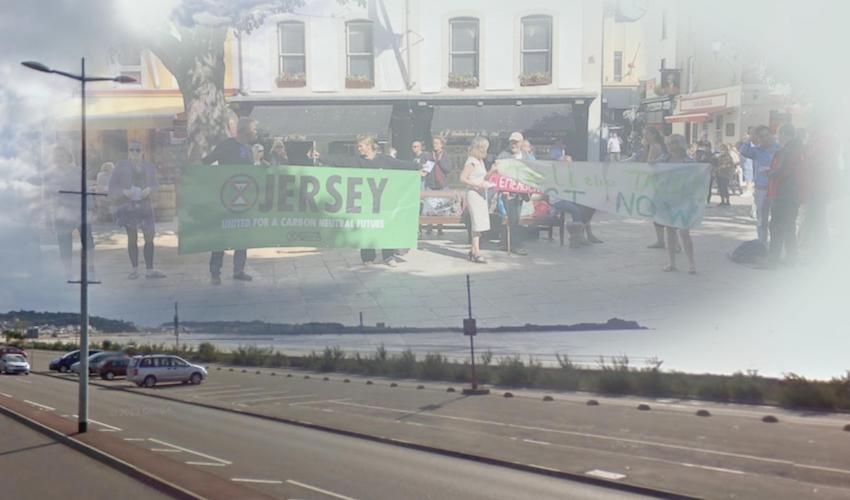 Police are warning of disruption and delay to commuters ahead of a mass bicycle ride and 'die-in' by local activists protesting inaction on the climate crisis on Monday morning.

Jersey's Extinction Rebellion group has planned a ride from St. Aubin to King Street along the main commuter routes, including Victoria Avenue.

They will leave St. Brelade Parish Hall in St. Aubin at around 07:45 on Monday and aim to be in town for a short sit-down protest near Marks and Spencer on King Street at 09:00.

Police say they're not planning to close roads but have warned that the ride will be moving slowly and using the full width of the road. 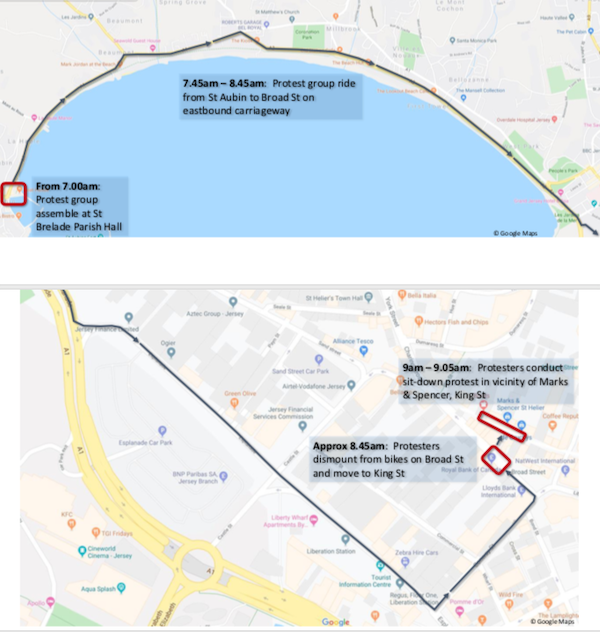 Pictured: The police has released a map of the route.

Due to public safety concerns, police vehicles will be positioned at the front and rear of the group and vehicles will not be permitted to pass through or overtake. Only eastbound traffic should be affected.

Police has confirmed that the protest, if conducted as planned, is lawful. The ride organisers have been liaising with the local force, reassuring them that the protest will conform to the agreed plan and remain peaceful.

"There will inevitably be disruption as a result of the protest," Police said, adding that they, along with Honorary Police, will be on the ground to help keep disruption to a minimum.

This isn’t the first time that Jersey has played its part in the fight to protect the environment, as the Royal Square has seen demonstrations from Extinction Rebellion representatives and sixth formers on strike from school several times this year.

The government is now looking at how to make the island carbon neutral in the coming decades, with a 'climate change emergency' having officially been declared in Jersey in May following successful proposals put forward by Deputy Rob Ward.