A retired electrician from South Devon is asking islanders if they recognise a local World War II solider who befriended his family whilst stationed in England during the war.

After he retired, Mike Grant (63) found himself with a lot of newfound free time.

With his keen interest in history, he decided to scan and digitise his late mother’s collection of family photos.

Mike explained: “One particular picture came to light and intrigued me. I can remember Mum showing me the photograph back in the 1970s but, being a teenager at the time, I never really took in what she told me. I wish I had now!”

Mike remembered his mother’s stories of a soldier called Bob who was from Jersey, but stationed in England during World War II. 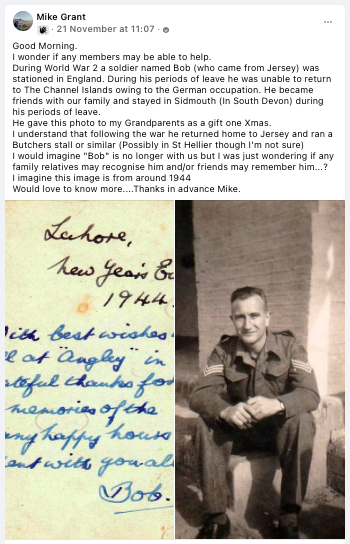 Pictured: Mike posted in a local Facebook group in the hope that someone might recognise Bob from the picture he found.

Due to the German occupation of the Channel Islands, soldier Bob was unable to return home during his periods of leave and instead stayed with a family who he had befriended in in Sidmouth, South Devon.

The couple who he stayed with was Mike’s grandparents, and the photo Mike uncovered was one that Bob had gifted them for Christmas 1944. 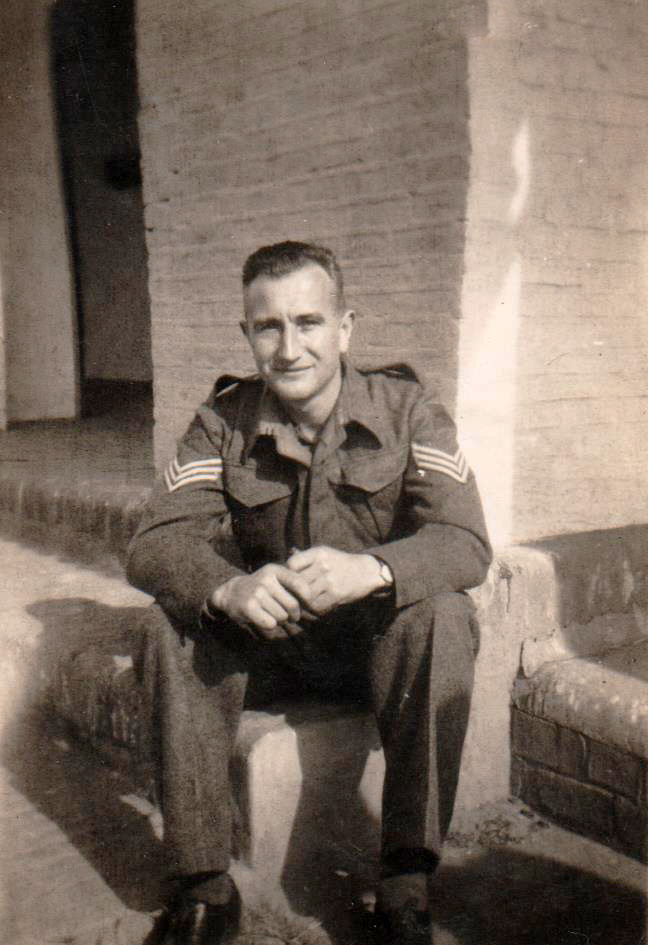 Pictured: Mike believes the picture of Bob must be from around 1944.

Although Mike was born in Sidmouth, he now lives in Chard in Somerset. However, he keeps his connections with his hometown strong though a nostalgia Facebook page called ‘Sidmouth Remembers’ which he co-runs.

It was this that inspired Mike to see if there was a similar nostalgia group in the Channel Islands to post his grandparents’ photograph of Bob in, to see if anyone recognised him.

This led to his post on local Facebook group, called 'Nostalgic Channel Island Photographs', in which Mike explained that he believed that Bob had returned home to Jersey following the war to run a Butcher’s stall. 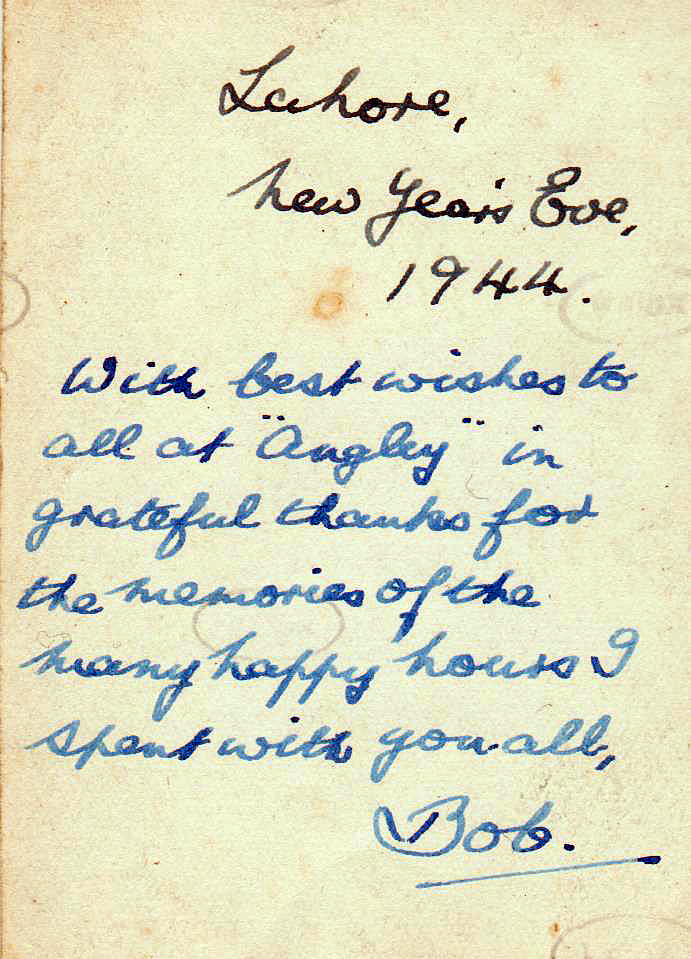 Pictured: The photograph was a gift from Bob to Mike's grandparents, celebrating "the memories of the many happy hours" spent together.

Unfortunately, Mike has no idea what Bob’s surname was and all relatives who may have remembered have since passed, but he remains hopeful that Bob’s face may look familiar to someone.

Mike admitted that he was “surprised” at the amount of feedback he had received from his post. Although he has never been to Jersey before, he would love to consider visiting if any of Bob's relatives are found.

As far as Mike is aware, there is only one photo of Bob although he says he is keeping his eyes peeled in case any more resurface as he continues to sort through his extensive family photo collection.

Anyone who thinks they can help identify 'Bob the butcher' is invited to contact Mike on Facebook.