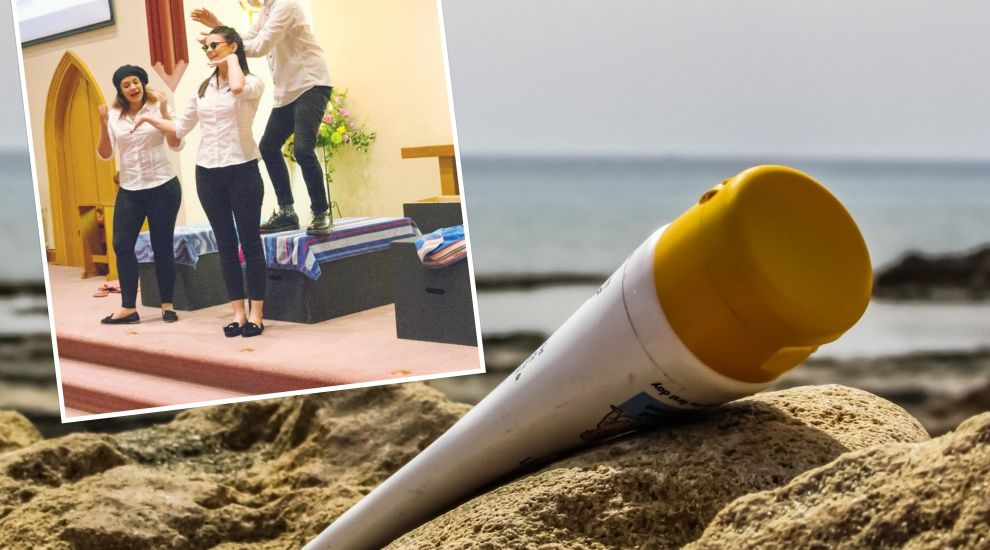 The Donna Annand Melanoma Charity (DAMC) has teamed up with local stage performance company, Love Theatre, for the third year in a row to bring a stage performance to secondary school students to warn them of the dangers of sun.

"Fry" has been touring the schools this week to spread an essential sun awareness messages to young adults as they head towards their summer holidays.

The play is part of the Donna Annand Melanoma Charity (DAMC) education programme. The charity was set up in June 2011 to highlight the dangers of malignant melanoma and to raise awareness of the disease following the tragic death of Donna Annand. The charity says: "Donna had everything to live for when she died aged just 29. Donna died from Melanoma cancer in 2011 and it was Donna’s wish for people to be aware of the dangers of melanoma and understand that early detention of the disease is vital."

Part of the charity's mission - whose motto is ‘Prevention, Protection and Early Detection!' - is to raise awareness of Malignant Melanoma, the deadliest form of skin cancer. It is the most common form of cancer found in people under 35 in Jersey. Due to islanders' love of the outdoors and with Jersey’s increased hours of sunshine and UV rays, it makes it a real threat to young people, the charity says.

To promote prevention and early detection with youngsters, DAMC contacted local theatre company, Love Theatre. Launched in 2014, it aims to create theatre for and with young people. Love Theatre frequently works with the Police, the Education Department, the States Greffe, Durrell and other local charities to create shows in collaboration with them.

Creating theatre locally for young people is an aspect of the company that the director Michelle Smith feels is incredibly important, as local trained actors are given paid acting work to create theatre that enhances the lives of young people here on the Island.

DAMC and Love Theatre created Fry which follows three year 11 students as they embark on study leave, also known as the “longest summer holiday of their lives.” The show is aimed at 15 and 16-year-olds and aims to educate them about common sun safety misconceptions, facts about sun damage, and how to prevent it.

The story of the three main characters and their relationship with the sun is told through comedy, science, music and recognisable situations. We meet the lads, the girls, the scientists, the celebrities, the doctors, parents, all of whom have different levels of understanding of what “frying” your skin can and will do.

Kerry Petulla,Vice-Chairperson at DAMC, said the performance has been very popular in schools. She told Express: "The message is basically 'don't go out in the sun and fry yourself." Because it is played by young people for young people it really captivates the audience. It's better than having someone say 'don't do this, don't do that." It's raising awareness for the younger generation through a drama audience and it's been very successful."