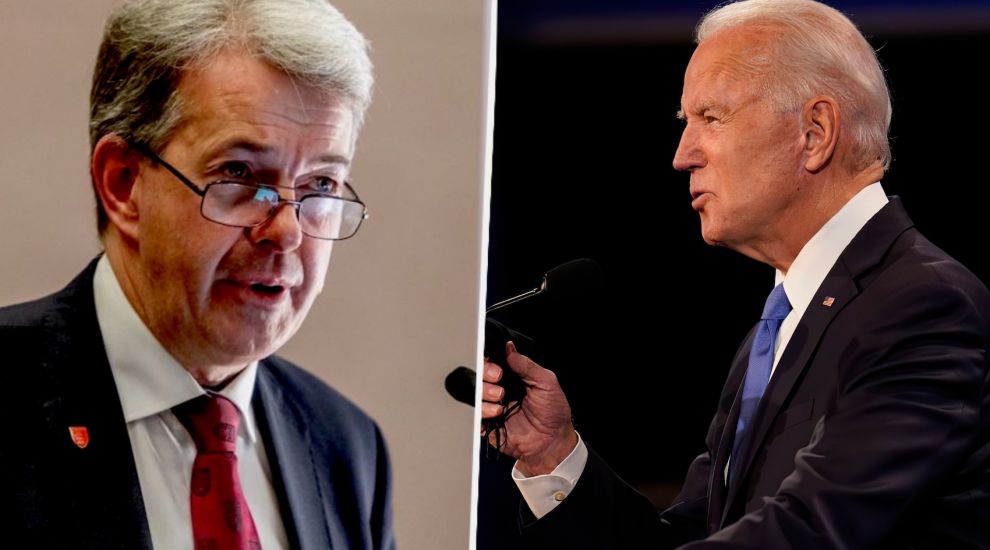 The United States has moderated its position on corporate taxation, days after Chief Minister John Le Fondré suggested that President Joe Biden should look “closer to home” before trying to introduce a minimum rate.

It has been reported that the US is now willing to accept a lower global minimum corporate tax rate of 15%, significantly less that the 21% that it first proposed for its multinational firms.

The country’s Treasury Department said that the new proposal was made during a meeting of the OECD tax steering group on base erosion and profit shifting on Thursday.

Earlier this week, Express reported that Senator Le Fondré had told the i newspaper that “some people need to look closer to home before involving themselves in the tax policies of others.

Suggesting the US had double standards, he added: “Take Delaware, for example. Perhaps the US should look at states like Delaware before telling the rest of the world to do.”

Denying that Jersey was a tax haven, Senator Le Fondré said that the Island contributed £15 billion to the UK economy and supported £250,000 jobs there.

In a statement on its updated position, the US Treasury Department said: “Treasury underscores that 15% is a floor and that discussions should continue to be ambitious and push that rate higher.”

While France and Germany reportedly backed the 21% proposals, others have pushed for a lower 12.5% rate, the same charged by Ireland.

The UK is understood to have withheld its support for the US proposal, but it has already said it intends to raise its corporation tax, currently at 19%, to 25% on profits over £250,000 in 2023 to replenish its public finances after its Covid response.

The OECD talks are expected to conclude by a July meeting of G20 finance ministers.

The Government of Jersey says it believes that there should be a “level playing field” for international tax standards.

Posted by Dave Mathews on May 21st, 2021
"The Government of Jersey says it believes that there should be a “level playing field” for international tax standards."

Yes a level playing field were Jersey poaches business with Zero Corporation Tax. Can't get much fairer than that.....
Posted by IanSmith97 on May 21st, 2021
And to think the Irish cheered lustily when Irish Joe beat Trump. Now Irish Joe is going to hammer the Irish who have built an economy on very low corporation tax. Careful what you wish for springs to mind.
Posted by Scott Mills on May 21st, 2021
"The UK is understood to have withheld its support for the US proposal, but it has already said it intends to raise its corporation tax, currently at 19%, to 25% on profits over £250,000 in 2023 to replenish its public finances after its Covid response".

You can't script it, Jersey telling the US how to deal with international taxation. Honestly best laugh I've had since lockdown last Easter. Hilarious.

Maybe Biden will look closer into the "trillion dollar island".

Tax Office gets legal telling off over information exchange blunder