Driver in hospital after Avenue crash 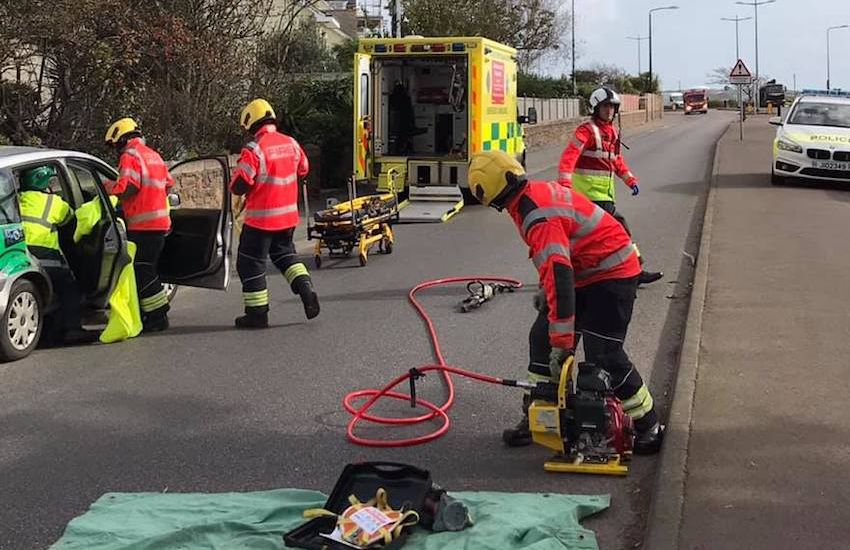 Driver in hospital after Avenue crash

A driver in his 40s has been taken to the Emergency Department after a crash on Victoria Avenue.

The collision took place around 13:43 by the La Motte Ford Garage at Bel Royal, and saw a grey Mercedes Benz crash into a silver Ford Fusion.

All three emergency services attended, with the 44-year-old driver of the Mercedes taken to A&E by ambulance.

Police said his injuries are not suspected to be life-threatening or life-changing.

The eastbound section of the road was closed while the scene was made safe and temporarily reopened at 14:32 before being briefly closed again to allow the vehicles to be recovered.

No one was arrested.

Cyclist taken to hospital after being hit by car