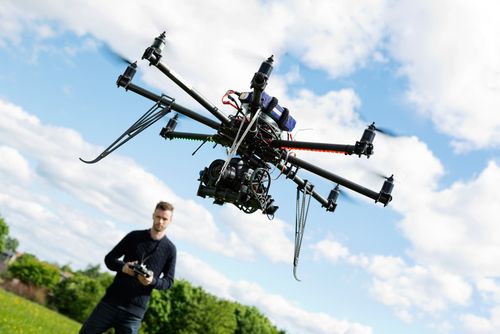 It’s the must-have luxury man-toy of 2014: a flying drone with a mounted camera to flood your social media with slightly out-of-focus aerial pics of Jersey’s beaches.

But now Air Traffic Control say that they’re a bit concerned about squadrons of flying drones taking to the sky because of the risks from mid-air collisions or drones hitting the ground, and that they want to set up some basic rules governing how they can be flown safely.

Under new rules put forward by the Economic Development department, the Director of Civil Aviation has proposed that anyone using the drones follow some basic rules, making sure that they can see the drone at all times, and that they only fly them when they’re reasonably sure it’s safe to do so.

The proposed rules also say that small drones under seven kilogrammes (which the majority are) should only be flown without explicit permission if:

They want drones that weigh more than seven kilograms to require air traffic control permission every time they go up.

The report said: “Concern has arisen in connection with the regulation of small unmanned aircraft (‘SUA’), or ‘drones’, which currently are able to be flown in Jersey airspace.

“It is necessary in the interest of aviation safety to regulate the operation of SUA in circumstances in which they might interfere with civil aviation.

“In particular, the greatest risks are considered to arise from a possible mid-air collision with a manned aircraft or ground collision.”