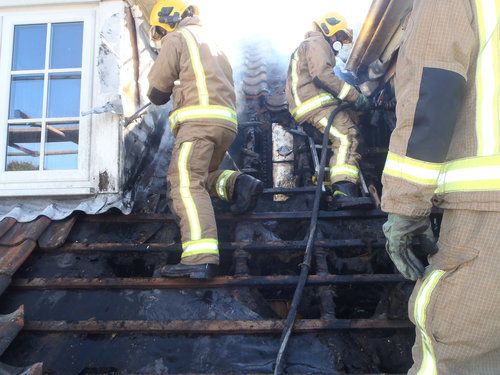 Firefighters were called to a house renovation in St Clement yesterday morning when a blowtorch being used to burn off old paint set alight to a roof.

Two fire engines were sent to the blaze at around 9.38 am, when they were called by workmen who had tried to tackle the fire themselves, but who had found it was spreading too quickly.

Firefighters used scaffolding at the building to get to the roof, and stripped away tiles to get access to the source of the fire. They also worked with builders on the site to salvage and protect the property’s contents from further damage.

The Fire Service said: Fires of this nature are notoriously difficult to control and despite the fire seriously damaging the roof and one bedroom the outcome could have easily been much more serious.”