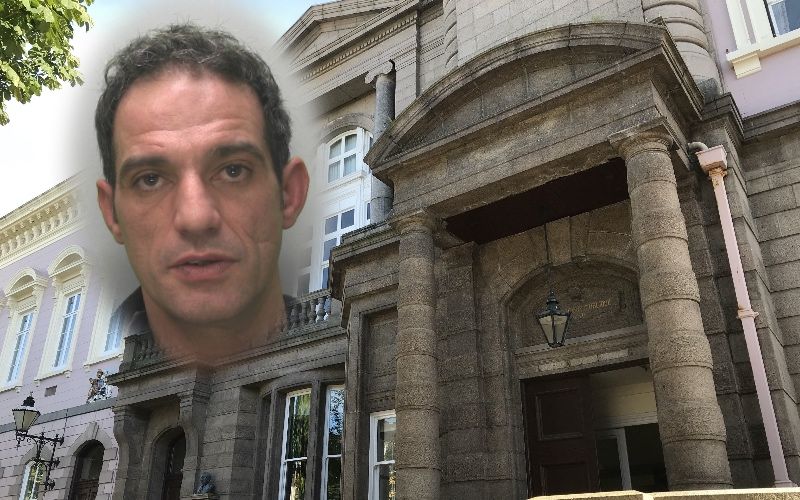 A man stopped by police after he was seen snorting a line of cocaine off the counter of a town takeaway has been sent to prison for four-and-a-half years for supplying the Class A drug.

After a member of the public spotted Carlos Andre Romao Teixeira (43) inhaling the drug in the takeaway on 15 December 2019, he was reported to nearby police and, after a short chase on foot, he was searched and found to be carrying six ziplock bags containing cocaine in his jacket pocket, another containing cannabis and an ecstasy tablet.

When officers later searched Teixeira’s home, they found drug-dealing equipment, including a set of scales, more ziplock bags containing traces of cocaine and creatine, which commonly used as a bulking agent, two mobile phones, a small knife with cannabis resin on it and nearly £4,000 in cash.

Presenting the case for the prosecution, Solicitor-General Matthew Jowitt said that Teixeira had lied extensively during his three police interviews, including denying knowledge of what the white powder was and how he came to have it.

He also said that he thought the cocaine and ecstasy were both legal highs and he had kept cash at home, rather than in the bank, to shield him from a gambling problem.

However, Teixeira did later plead guilty to supplying cocaine, on the basis that a third of the amount was for personal use.

Defending, Advocate Michael Haines said this was “neither a sophisticated, nor elaborate nor significant” supply of cocaine.

Teixeira, he said, was only intending to supply the remaining two-thirds to a small circle of friends at the same price that he had bought it for.

Acknowledging that Teixeira had previously served a four-year prison sentence for supplying the same drug, Advocate Haines said that his client did not dispute that drugs and alcohol had been a problem for him in the past but he had since had a steady job and had a positive relationship with his family.

He added that the lack of telephone evidence or CCTV footage on the night of Teixeira's arrest last December showed that this “intimate operation” was very different to the “elaborate cases” that often came before the Royal Court.

In handing down the sentence, Commissioner Sir William Bailhache - who was sitting with Jurats Ramsden, Pitman and Austin-Vautier - said that Teixeira’s guilty pleas warranted the full third discount off his sentence.

However, Sir William added that there was no evidence to support Teixeira’s defence counsel’s claim that he had not made any profit on the sale of the cocaine, even if the court recognised that it was a social supply.