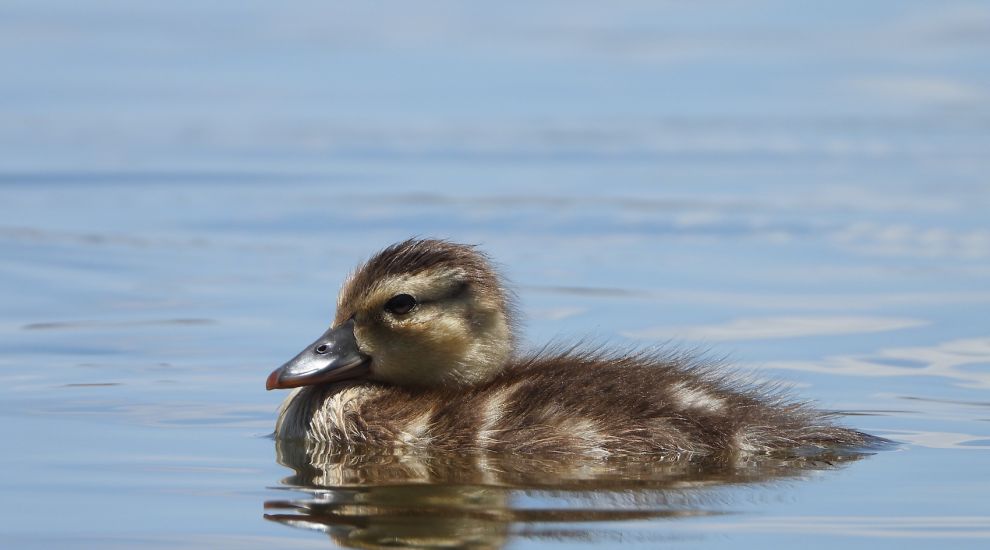 Durrell are celebrating a new milestone in their project to save a species of duck so rare that it was believed to be extinct for 15 years.

A group of Madagascar pochards have recently been released into the wild as part of a pioneering conservation project to save the critically endangered bird.

A few years after their rediscovery in 2006, 20 ducklings were secured from the wild which grew into a captive population of over 100 birds.

With a wild population of 70 pochard maintained at just one site in Bemanevika, northern Madagascar, conservationists are now creating a new colony on another wetland called Lake Sofia. 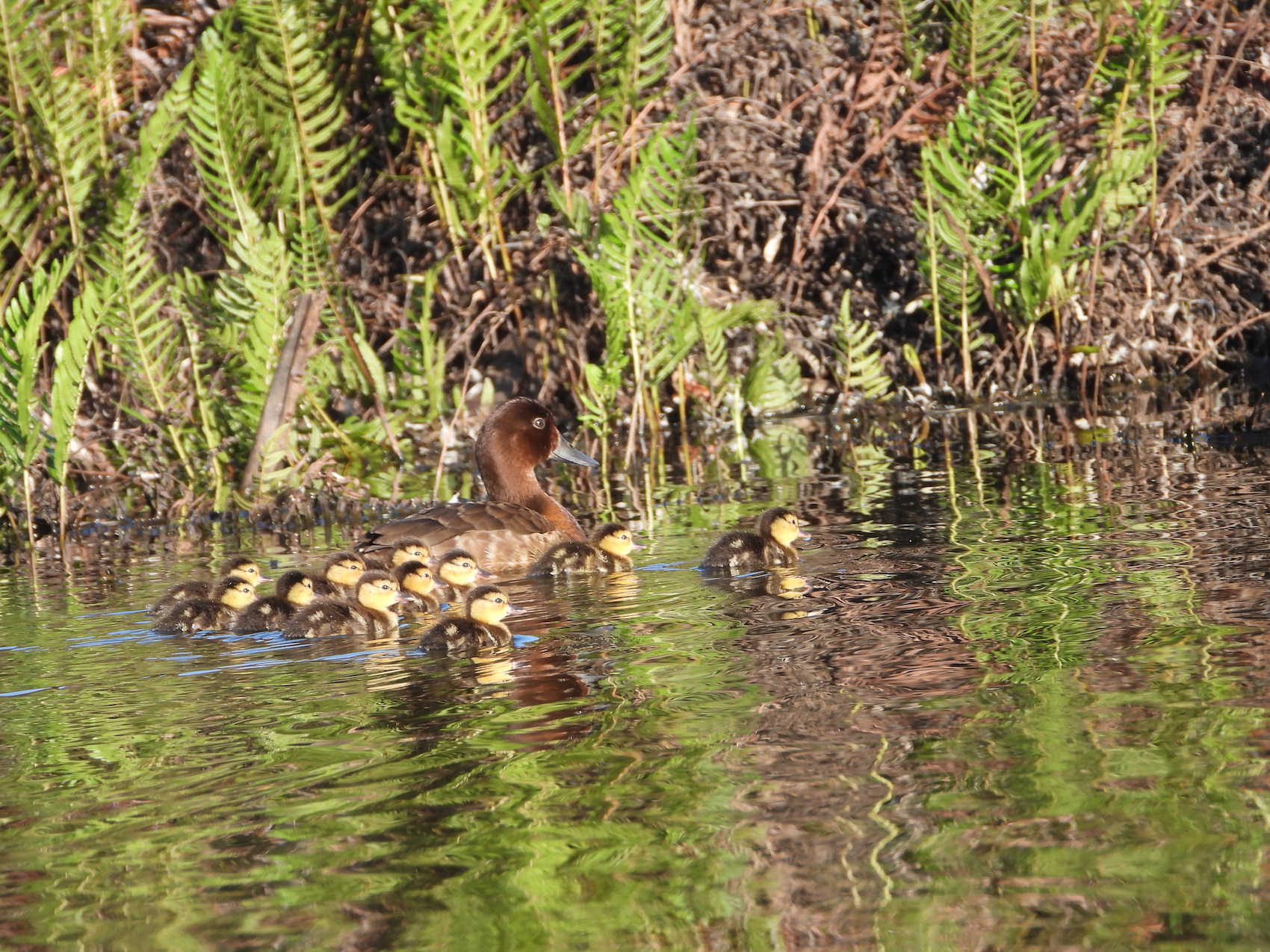 Pictured: Previously released pochard and her ducklings captured on camera in 2021.

A recent release of the species during the last few months of 2021 has brought the total number of reintroduced adults on the lake to 47.

The release of the birds were carried out by Durrell Wildlife Conservation Trust’s team in Madagascar, with experts from Durrell and the WWT contributing through daily online discussions and decisions. Dr Glyn Young, Durrell’s Head of Birds, believes that the event is a milestone in the progress made in the conservation of the pochards.

“Reflecting back to when the project first started in 1989 and there seemed no hope for the species, I am so proud to be where we are today,” said Glyn. 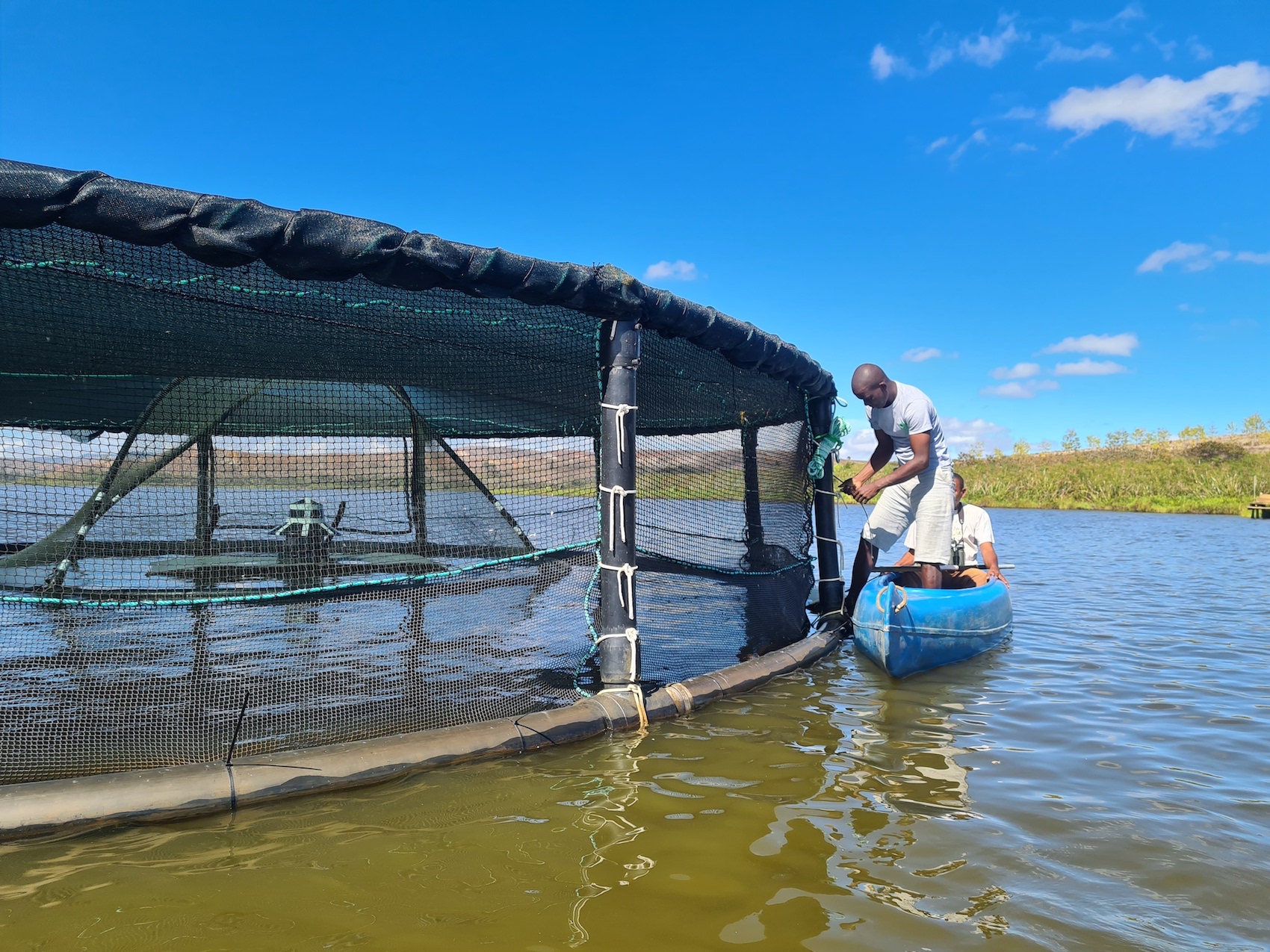 Pictured: Opening and preparing the floating aviary for release.

“The pochard is not yet safe but it has a fighting chance thanks to this wonderful team.”

Nigel Jarrett led the pioneering methods for the release of the birds, in his capacity as Conservation Breeding Manage for the WWT.

“After extensive research, we chose Lake Sofia as the best site nationally for reintroduction,” said Nigel.

“But we knew the lake is in poor condition and does not yet have sufficient natural food to support these birds. So we designed the world’s first floating aviaries, platforms and feeding stations, to ensure the birds can access food and to encourage them to remain on the site. Away from Lake Sofia, wetlands are heavily degraded and the pochard’s prospects would be very low.” 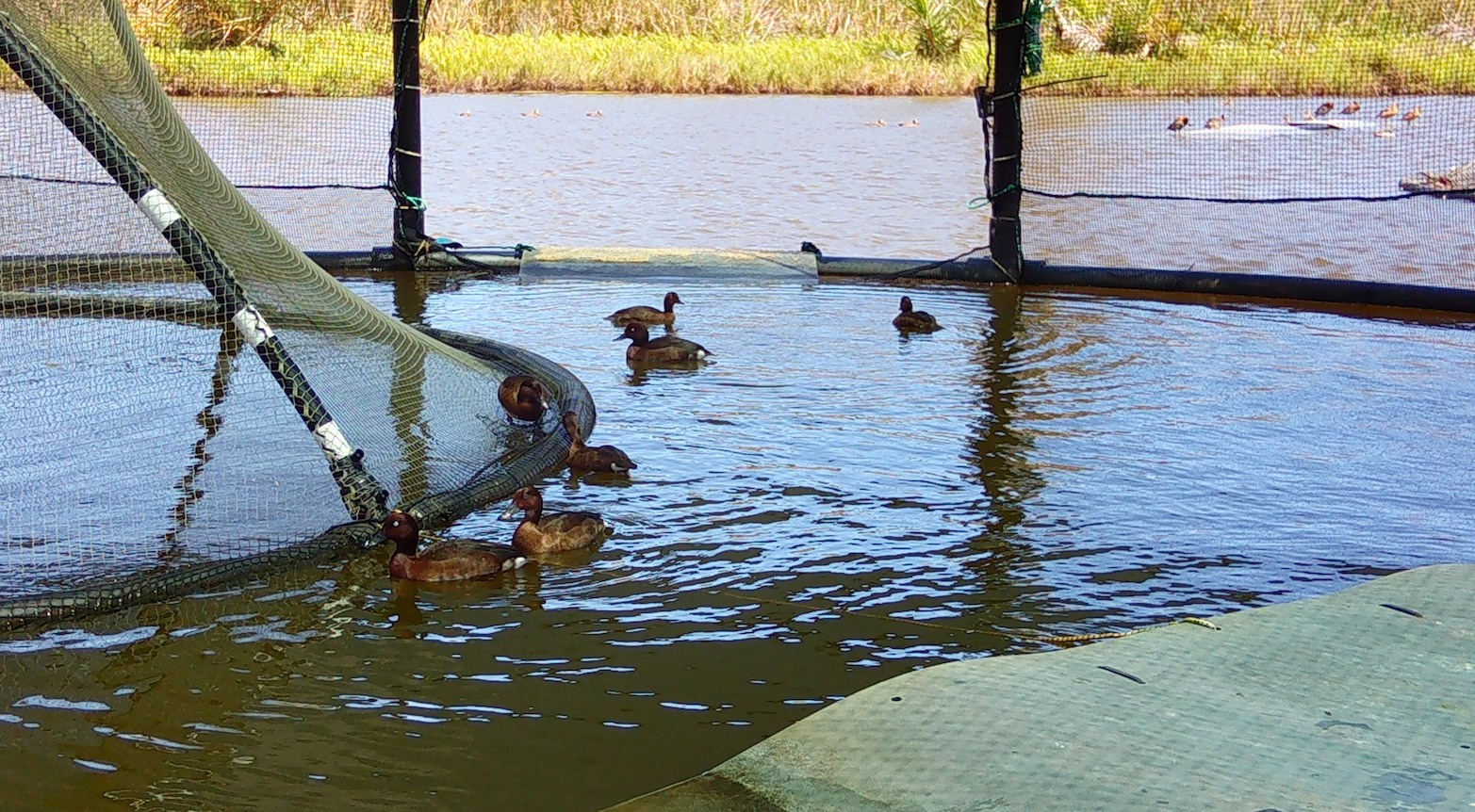 “We are very pleased with how our latest release has gone,” added Durrell’s Wetlands Manager Felix Razafindrajao.

“But pochard numbers on the lake are still very low and therefore at risk, so more releases are required to increase Lake Sofia’s population and ensure its long-term viability. Further releases are planned for 2022, and we look forward to updating everyone on the next exciting stage in the programme.”

Pictured top: A pochard duckling enjoying a swim at its new home on Lake Sofia, Madagascar.