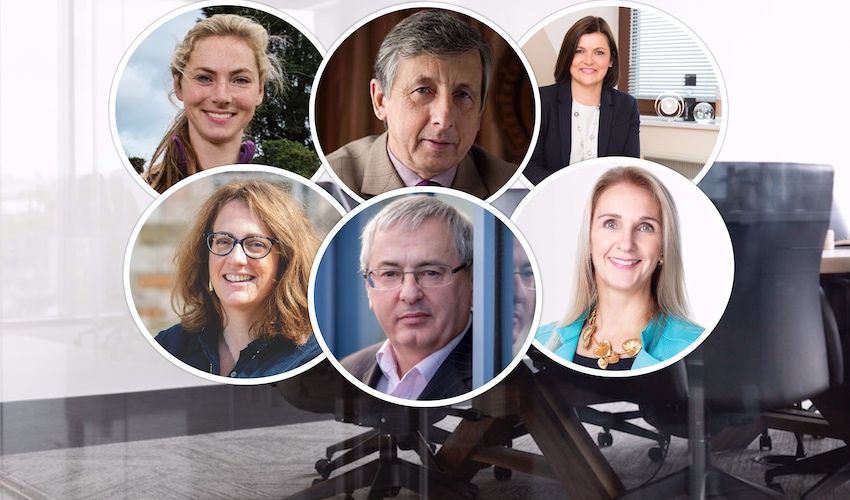 The government has finally confirmed the membership of the group of 16 industry experts tasked with advising Ministers on the island's economic recovery, with "targeted support" for the hospitality sector and small businesses forming the focus of initial meetings.

Chaired by Economic Development Minister Senator Lyndon Farnham, the newly-formed Economic Council includes community and business representatives from a range of sectors, who are all participating on a voluntary basis to generate ideas to revive the island’s economy post-covid. 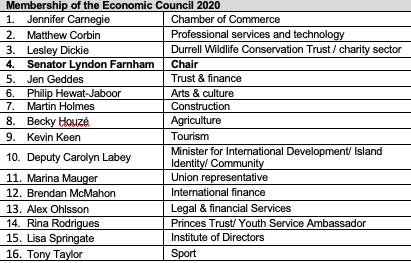 Pictured: There are 16 members in the Economic Council.

Joining Senator Farnham on the political side is Deputy Carolyn Labey, the International Development Minister.

The full list was finally made public last Friday following repeated requests from Express. It came just over a month after the creation of the Council was announced.

“We have gathered together a diverse group of high-calibre, experienced islanders, whose objective is to deliver blue-sky thinking and new ideas,” Senator Farnham said.

“We all share the same vision – to ensure Jersey emerges from this pandemic in a strong economic position and are firmly focused on making the island an even better place to work and live.”

Pictured: The Economic Council will be advising the 'Political Oversight Group'.

The Economic Council's discussions and ideas will then be fed to the 'Political Oversight Group', which is made up of senior Ministers, civil servants, and four people from the business community: Wendy Martin (CVC), Andrew Mclaughlin (RBSi), John Riva (KPMG) and Gerald Voisin (Voisins).

According to the Council's terms of reference, it has been formed to consider ideas and initiatives that:

The Government said it envisages the group to act in a “sprint” capacity – only operating for a relatively short and highly active period.

During that time, the Council will be meeting weekly, but the Government has yet to confirm whether the minutes of their meetings will be made public.

Pictured: It is still not known if minutes from the Economic Council's meetings will be made public.

So far, only three meetings have taken place and discussions have focused on general initiatives and targeted support for the hospitality sector and small businesses.

“We want to create the conditions that enable people and businesses to fulfil their potential, and improves the standard of living and wellbeing of all Islanders,” Senator Farnham said.

“We will be looking for initiatives that help to create new economic sectors or expand or renew existing sectors and improve the island’s overall economic productivity.

“We envisage that this group will be needed for a relatively short, but highly active period, so we can boost the initial effort needed to get our Island economy back on track.”