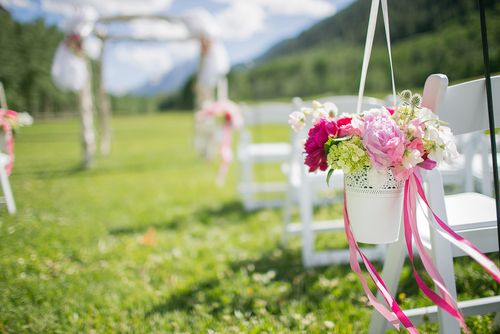 Old laws stopping Islanders tie the knot outdoors or in humanist ceremonies must be reformed to stop restricting couples from having the weddings they want, says one Deputy.

Backbencher Louise Doublet – who last month won States’ approval to protect the rights of mothers to breastfeed – has tabled a proposition for debate on allowing both humanist, or non-religious, and outdoor ceremonies in Jersey.

She says that the debate is about modernising the law and ending the inequality that prevents people from having a “non-faith” wedding.

“This is just common sense,” she said.

“It’s not going to harm anyone, it’s not going to offend anyone and it could have huge benefits for the economy in terms of people coming here to get married – and it lets people make their own decisions about the most important day of their lives.

“We shouldn’t be restricting people.”

Deputy Doublet – who is a humanist – says that both humanist and outdoor weddings are mainstream ideas.

Jersey already allows civil partnerships for same-sex couples but not for heterosexual couples, and it will be 2017 before gay marriage legislation makes it on to the books.

Scotland sees 3,000 humanist weddings per year, after making them legal in 2005 – they have also, like New Zealand, legalised outdoor weddings.

The proposition will be debated on 8 September.

Something preloved to go down the aisle