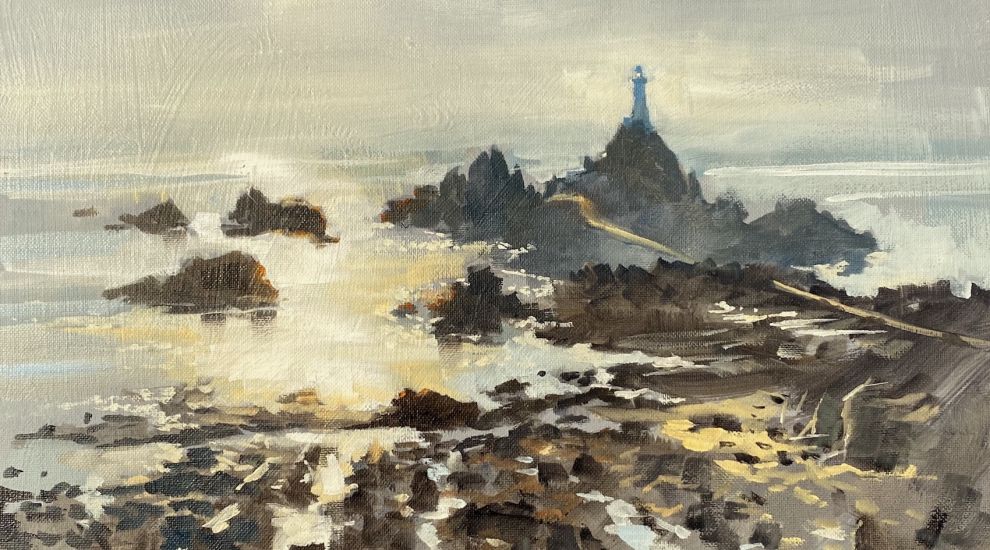 A professional artist who has boasted clients such as Prince William has spent this week casting his painter’s eye on Jersey.

Speaking to Express, Sussex-based Tony Parsons explained that he had initially been approached by an islander that had bought paintings from him previously, and had suggested doing a show on the island.

Though Tony had been selling paintings along his local South Coast and in Guernsey, Jersey was less familiar territory to him, leading him to decide that, before exhibiting, “I really ought to come and see it first!”

When he was left with some time away from his children, he decided to head down to the island for a “mad five days with a paint box and a mate, taking billions of photos and painting everything I can paint.” 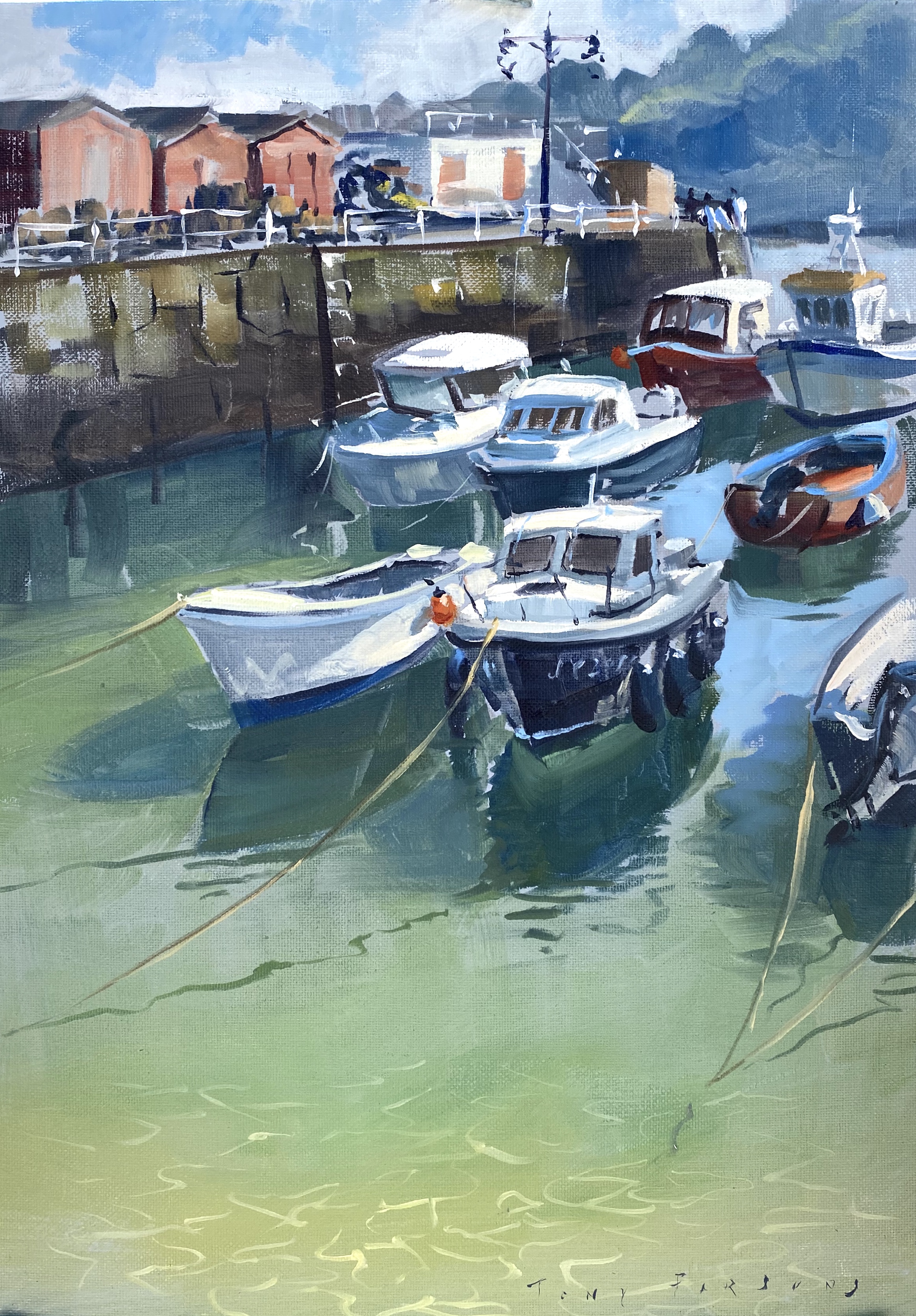 Pictured: Rozel Bay offered Tony a chance to paint one of his favourite subjects - boats.

Since being on the island, he has tackled such scenes as St. Catherine’s Point, the boats in Rozel Bay, Grève De Lecq and “a really good sunset at Corbière.”

He praised the posters on Facebook page ‘Jersey Ask! Advise! Advertise!’, saying islanders had been very helpful pointing him towards good locations.

Painting Mont Orgueil Castle stood out vividly, with Tony and his friend hiding “behind some gunning placement on the golf course to paint the castle – we were avoiding golf balls flying over our head!” 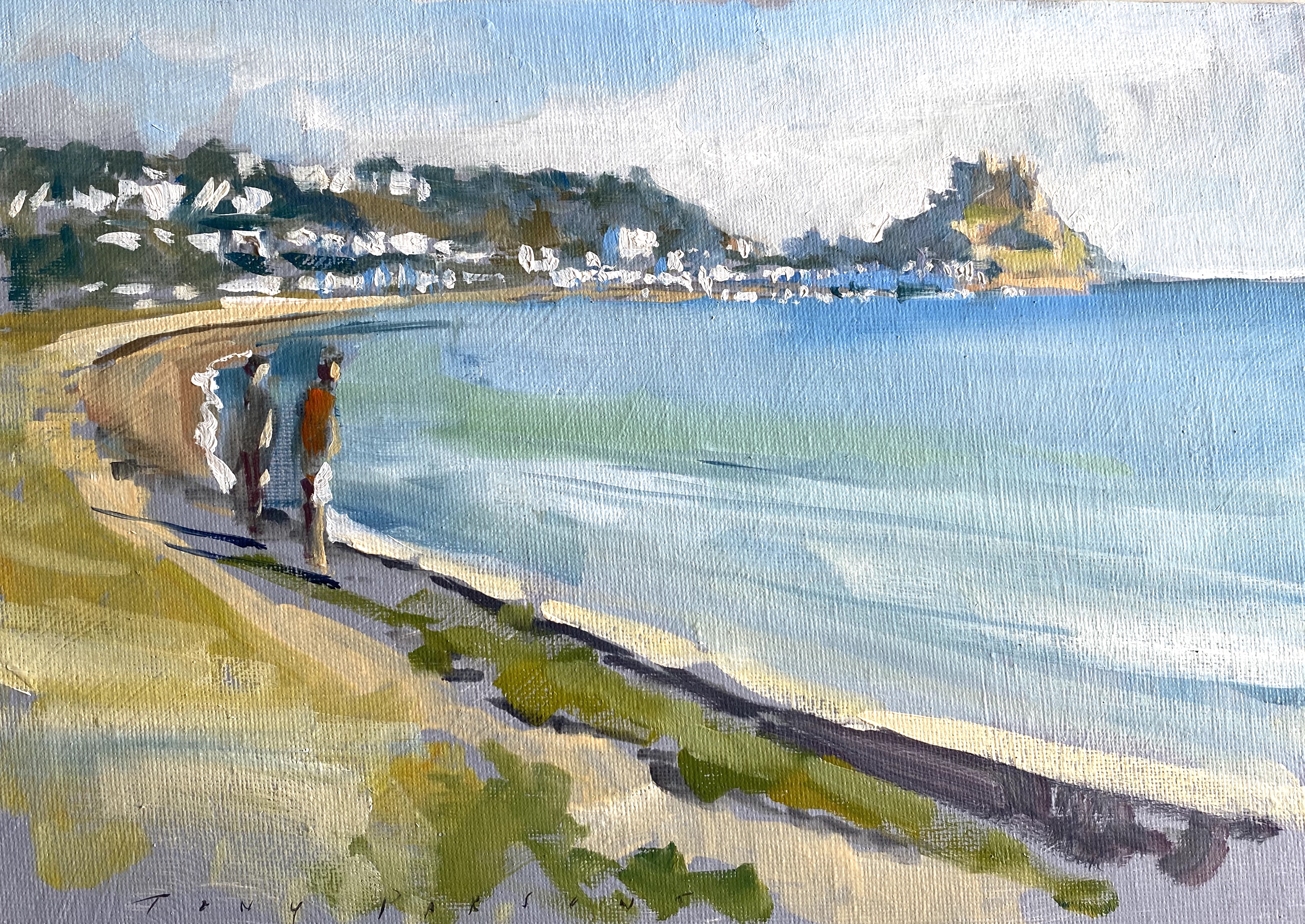 He also marked Portelet out as special, exclaiming: “Wow, what a place! I could spend days there.”

Reflecting on his background, he spoke about his time “in marine engineering, hence the love for boats and sailing around the world.” This love is still seen in his compositions, with Tony saying he has a particular passion for painting water, boats and reflective surfaces.

His other main work was in his time as a commercial caricaturist, where he said he reached the top of his career when he was commissioned by Prince William in 2013 to sketch some of the last of the Sea Kings, a group of RAF pilots. 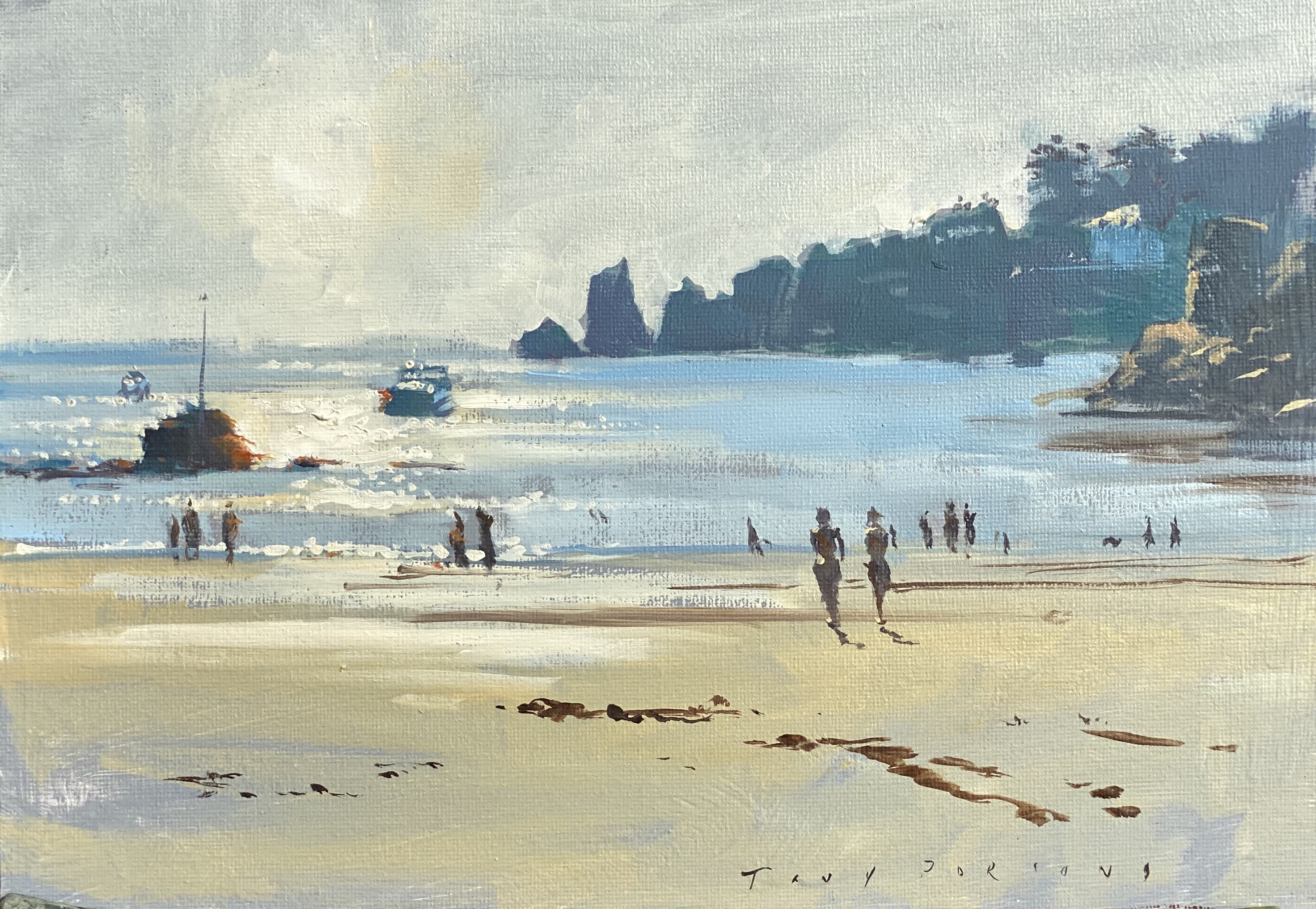 Pictured: Tony says he enjoys featuring people in his landscapes.

Since then, he has been focusing on his passion for landscape and 'plein air' painting.

On Jersey’s unique appeal, he said that “the light here is just fantastic.” Though there have been a few challenges, such as the “rapidly changing landscape” and tides meaning he has to work fast to capture a moment, Tony said he was definitely “hooked on Jersey.”

Citing the importance of experiencing the island, he explained that just a photo isn’t enough to work on.

“You’ve got to stand there and absorb what’s around you," he said.

However, Tony is also looking forward to developing his experience into something bigger when he goes back home. 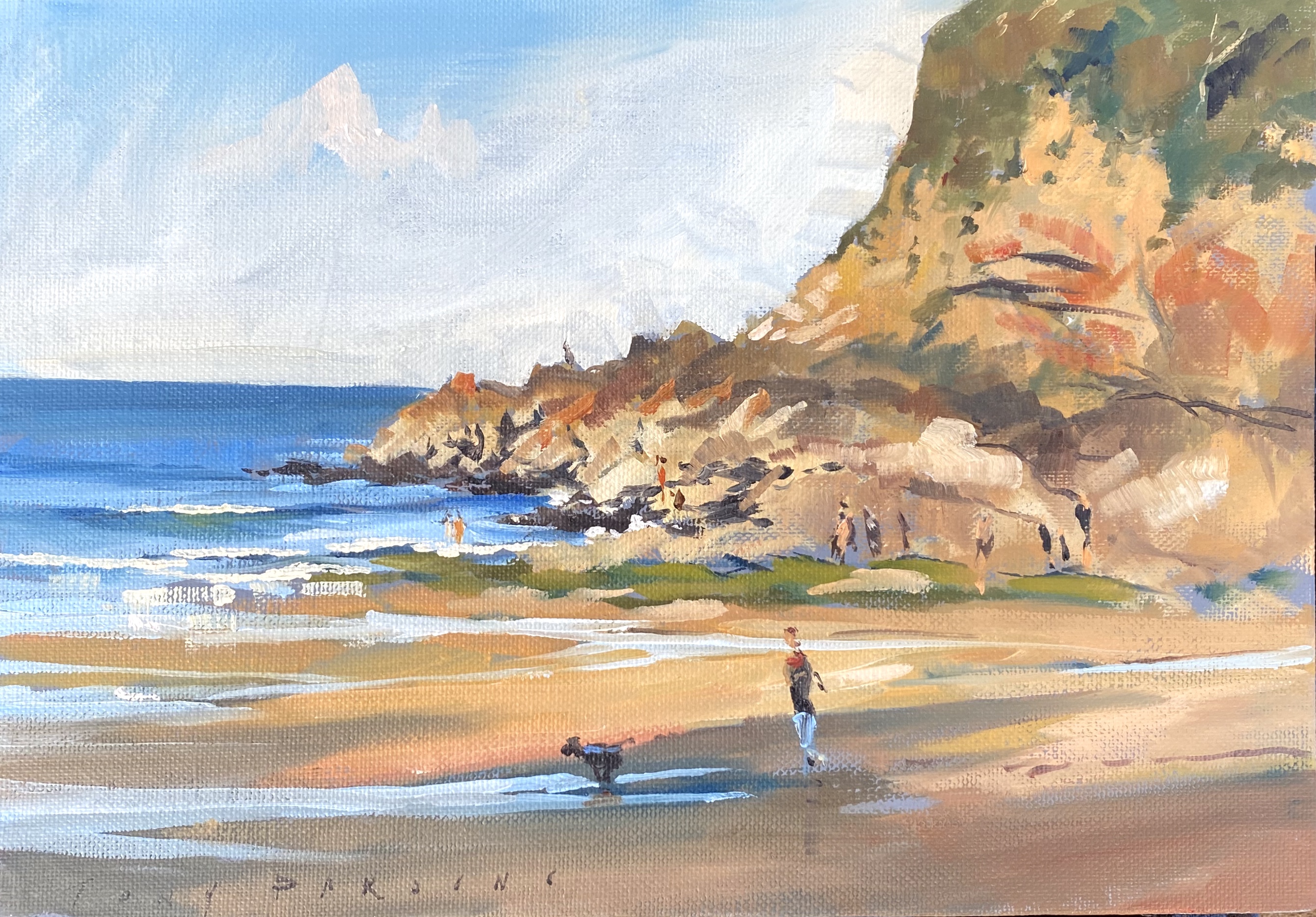 Pictured: Tony said that a big part of his work was actually going to a place and experiencing it.

He said that over a “mad winter of work” he will be looking back at his photographs and initial compositions, “squirrelling away in the studio with a log fire” to create something more “planned” and “thoughtful.”

For any islanders wanting to follow Tony’s lead and capture the local landscape, he offered encouraging words, saying they just need to put the time in: “It’s something anyone can learn – you just need to throw 10,000 hours at it and you’ll be amazing!” 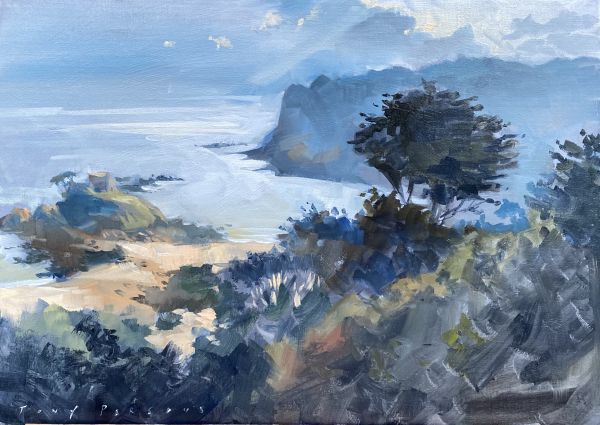 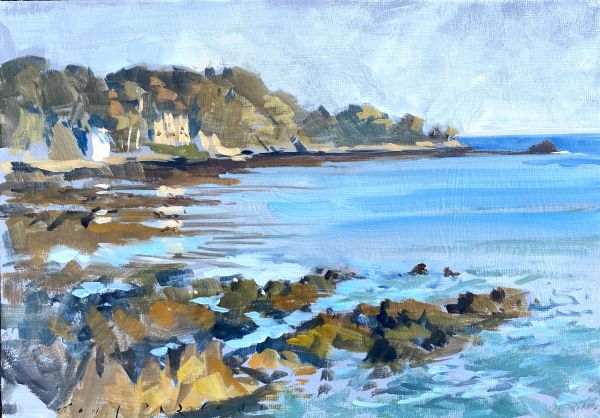 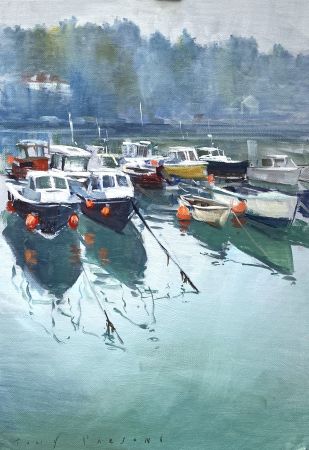 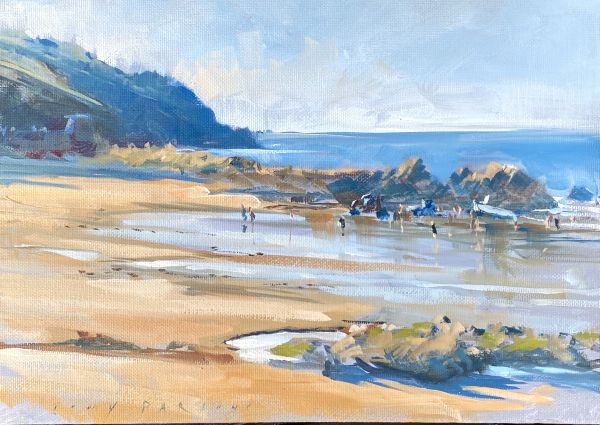 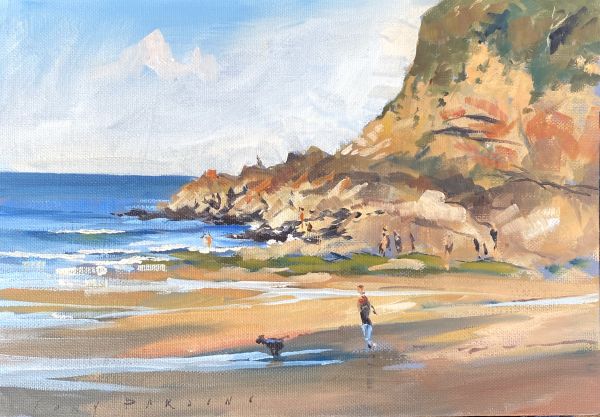 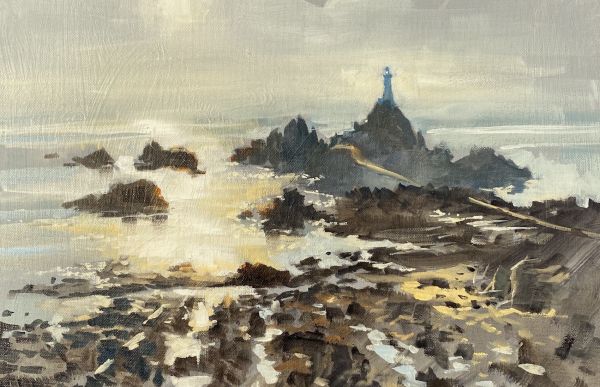 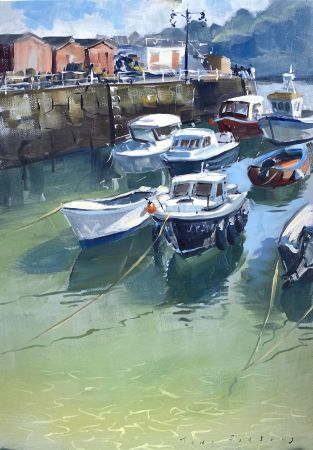 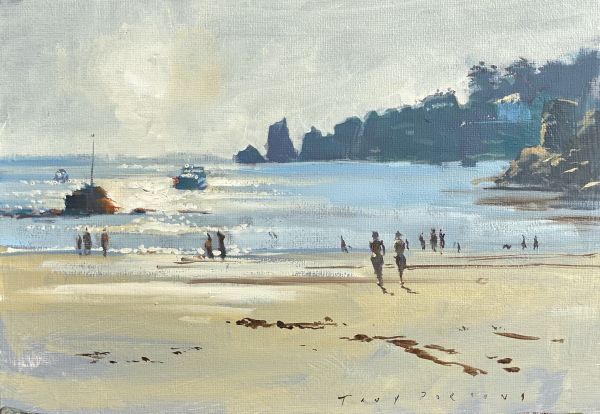 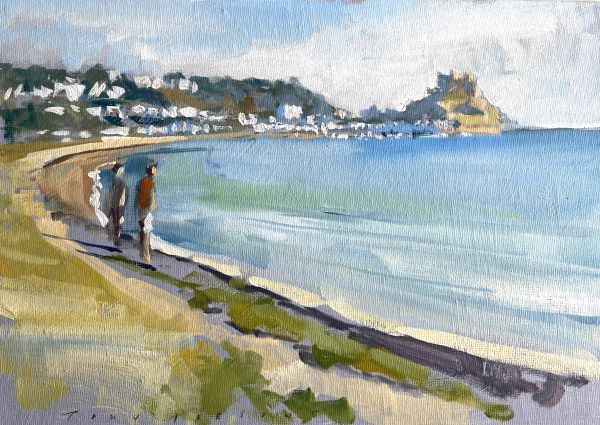