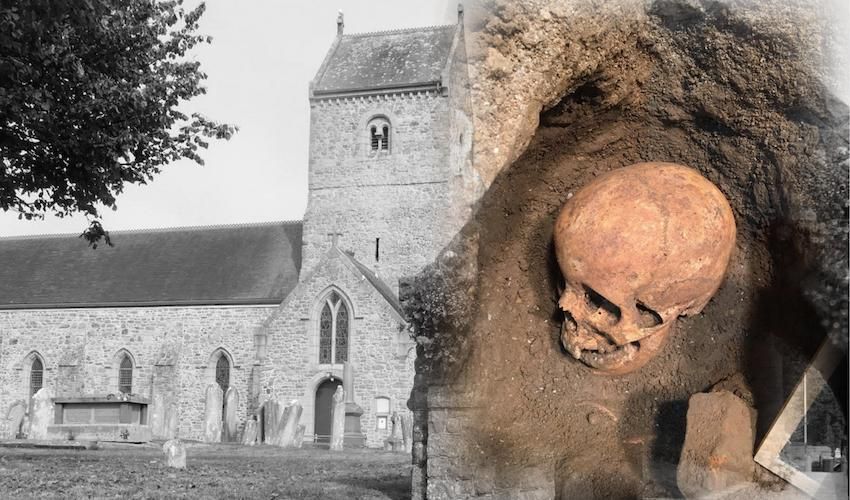 In an extraordinary feat of technology and archaeology, a local specialist is working to recreate what a medieval teenager would have looked like when she was living in Jersey.

Rosalind Le Quesne, an Archaeologist with a speciality in human osteology, is teaming up with a forensic artist to recreate an impression of what the medieval girl would have looked like before she died.

Using advancements in technology and an osteological examination of the skeletal remains, it is possible to approximate the facial features of the girl who was buried in St. Lawrence during the medieval era.

Rosalind has already determined that the skeleton was that of a young woman aged around 15 years old and her remains were dug up as part of a controversial exhumation of the medieval burial ground to add an extension to St. Lawrence’s Church.

Pictured: The remains were recovered during an exhumation of bodies from the burial ground at St. Lawrence's Church (Google Maps).

The teenager’s body, along with over 50 others were excavated as part of these works to the Church and Rosalind says that “each skeleton is being cleaned, stabilised and examined and a report will be written about them as a population” before they are returned to the cemetery for re-internment.

Indeed, several organisations involved with the Church renovations – Gallaher Architects, John Warrener Ltd., Ross Gower Associates – have funded this archaeological project in partnership with Jersey Heritage, Société Jersiaise and Underground and alongside the Church and the Parish of St. Lawrence.

Pictured: The skull of the medieval teenager that Rosalind will be examining this week at La Hougue Bie (Rosalind Le Quesne).

Although the osteologist has examined many skeletal remains to profile the deceased’s physical characteristics, she says that this is the first time she’s been involved with a facial reconstruction.

Explaining what a ‘forensic facial reconstruction’ is, Rosalind tells Express: “A forensic facial reconstruction is a way of showing how a person would have looked in life using their skull. My role is to estimate this individual's ancestry, sex, age and build, and then apply tissue depth markers over the facial bones where the muscles would have been so the forensic artist can draw in the soft tissues of the face.

“Once I have applied the tissue depth markers, the skull will be photographed and 3D scanned and the information sent to the forensic artist who will produce a photographic image of the individual's face.”

Rosalind’s images and scans will be handed over to forensic artist Tim Widden who has worked on age progressions to estimate what missing persons would look like as they age as well as analysing photos of the Duke and Duchess of Sussex as children ahead of the birth of their first baby to predict what their son or daughter might look like.

Speaking of the significance of this technologically advanced archaeological endeavour, Rosalind says: “I think it's great to progress archaeology in Jersey into the digital age. This image will add to the already amazing information coming from the St. Lawrence Church skeletal collection.

Pictured: Tim Widden is a forensic artist who works with archaeologists to recreate the facial features of the dead using special software (Tim Widden/Geomagic Freeform).

“It makes a positive contribution to the understanding of Jersey's historic environment and its people, and it's also important for people to know that a really high level of care and respect is being taken in looking after and recording these remains.”

Rosalind will be stationed in the viewing lab at La Hougue Bie 10:00 – 17:00 all of this week so visitors can watch her work on the young woman's skull.

When finished, the facial reconstruction will be on display at St. Lawrence’s Church and the Société Jersiase on Pier Road.

LOOKING BACK: Christmas murder mystery in the depths of St. Ouen