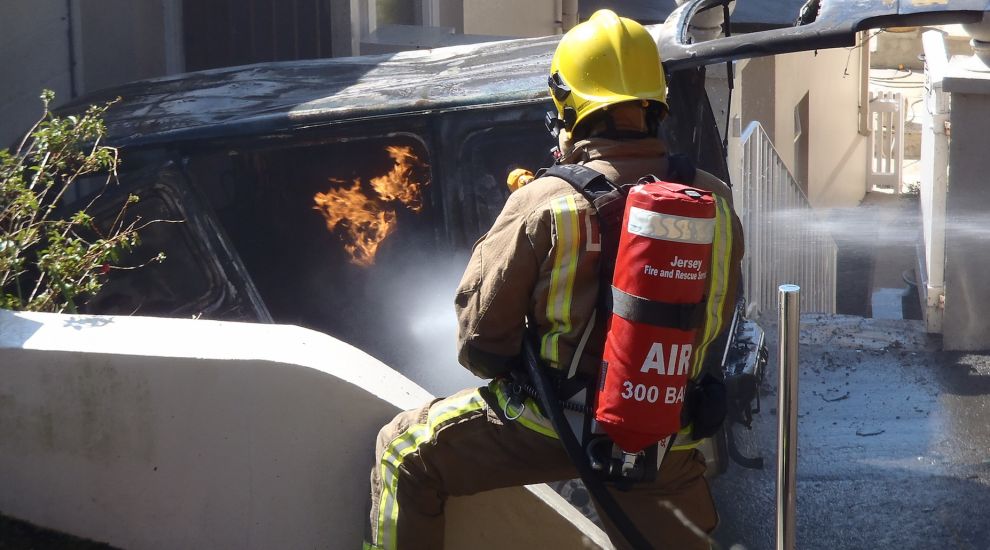 A burning van containing potentially explosive gas cannisters forced firefighters to close a road and spray cylinders with water for 90 minutes to avoid a serious incident.

Two fire engines and eight firefighters were called to deal with the incident on Old Beaumont Hill at 11.15 am yesterday.

While they were on their way they were told the van contained gas cylinders, prompting them to use breathing apparatus and high pressure hoses to bring the fire under control safely.

Jersey Fire and Rescue Service Station Commander Richard Liron said it was important to prevent a dangerous build-up of unignited gas, and so the jetting flames had to be allowed to burn, while the cylinders were cooled to prevent an “over-pressure explosion”.

He said that the cylinders involved in this incident were the type normally used for BBQs – he said that yesterday’s incident was the perfect reminder that if you’re using a gas BBQ or patio heater you should read the manufacturer’s instructions about how to check for leaks in the cylinder or pipework, normally by brushing soapy water around all joints and looking for bubbles.