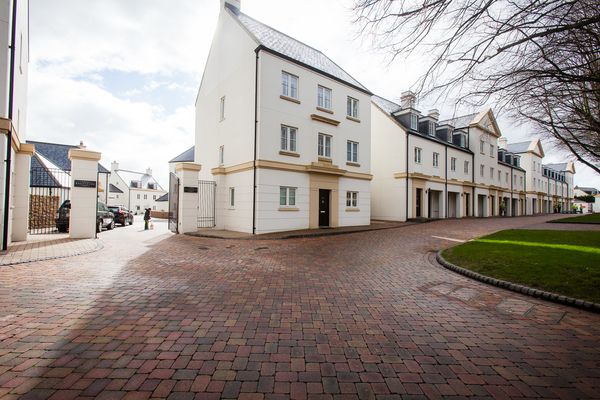 Another 14 homes will be built on the old Jersey Dairy site at Five Oaks after developers Dandara were given permission to extend their plans.

Politicians signed off the proposals yesterday, which will take the size of the development to a total of 107 homes.

Dandara have been told that they must pay the Transport and Technical Services department £14,000 towards the provision of an Eastern Cycle Route as part of the deal.

The dairy site was sold to the developers in 2008, and they were initially given permission for 65 homes, but planners have allowed them to add more in increments. A field at the back of the site will have to remain an open space under the newly revised scheme.

The decision was made yesterday by the Planning Applications Sub-panel, chaired by Deputy Sean Power, which handles most development applications.

They also signed off plans for a new cargo centre at the Airport, enabling them to knock down the existing building and construct a new one on the south side of the departures hall. The plans for the new building have been put together with the help of the Jersey Architecture Commission, and match the existing airport buildings.

But the panel rejected plans for a data centre and server farm on a field in the “green zone” in St Lawrence. Politicians rejected using the site in Rue de la Scelleterie for industrial development in 2011 and the panel said that they could not justify building on a green field.