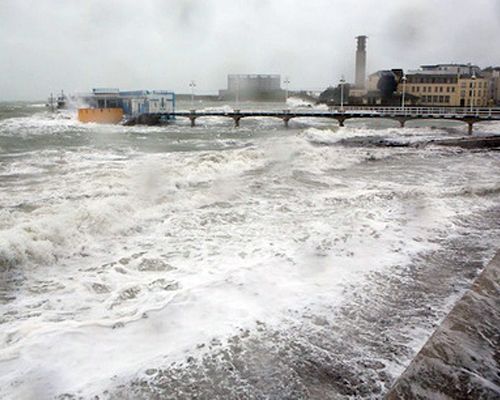 Repeated callouts to deal with storms and flooding are stretching the emergency services, says the head of the Honorary Police.

More than a hundred honorary police officers have been out in extreme conditions to help the Island's emergency services deal with the effects of the stormy weather.

Head of the Honorary Police Association Hugh Raymond said officers in all parishes have had a busy five days dealing with road closures and helping to make sure parishioners are ok. He said: "It’s been phenomenal, it’s been non-stop. It’s been an active five days and I certainly haven’t dealt with continuous weather like this before."

The Met Department have issued a new gale warning today and the Police are urging Islanders to take care as the high winds and heavy rain are likely to cause more flooding, falling trees and flying debris.

Condor cancelled all sailings yesterday including the freight ferry, so local businesses will have to wait until at least tomorrow for stock to arrive. Inter-Island flights have been delayed because of strong cross-winds in Guernsey.

Transport and Technical Services and a number of parishes have been dealing with fallen trees on both minor and main roads.

Tidal flooding caused a blackout in fifty homes on Gorey Pier on Tuesday, with the JEC working through the night to restore power.

Senior Forecaster John Searson said: “This run of weather during the high tides is unusual. The very bad weather is being caused by a series of low pressure systems which are deepening very rapidly in the Atlantic and then moving across the British Isles. The reason is because the jet stream is much further south than it normally is at this time of year.”

The Met Department says strong winds and heavy rain will continue for the next few days.