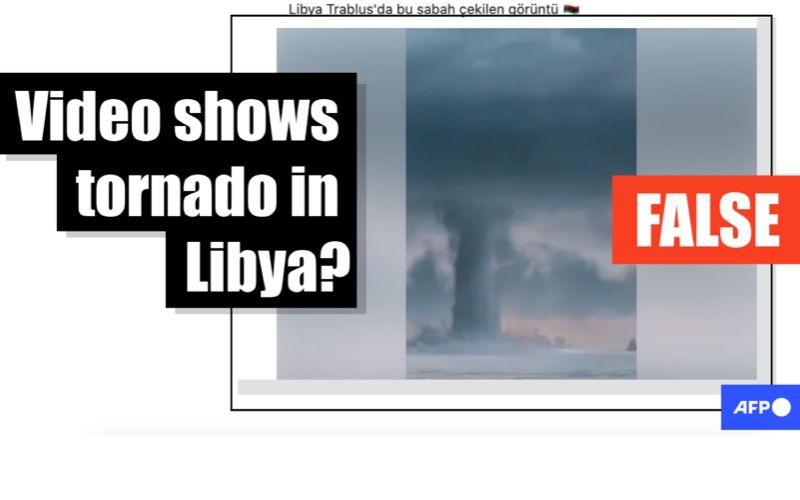 An animation of a huge tornado over St. Aubin’s Bay, that was circulated on the internet as a little-known tornado in Libya, has been officially branded 'fake news' by one of the world's most respected news agencies.

So compelling is the video by Jersey-based designer Alexandru Dineci that it has recently featured on the ‘fact checking’ section of the Paris-based Agence France-Press.

The organisation, which is the world's oldest news agency, analysed and then debunked the 24-second video after internet users started saying the huge digitally-created tornado had actually appeared off the coast of Libya.

AFP writes on its Fact Check web page: “A video has been viewed tens of thousands of times in multiple posts on Twitter, YouTube and Facebook that claim it shows a storm in Libya.

“The same footage was also viewed in posts on Pinterest, Instagram, Reddit and Bilibili which suggested it shows a real weather phenomenon. The claim is false; the footage is actually a digital animation created by a 3D designer, who originally published it on YouTube, TikTok and Instagram in June 2019.

AFP translates a number of Facebook posts written in Arabic, which claim that the footage was filmed three weeks ago from Tripoli.

Many comments under the post suggest that people thought the video was genuine.

One user wrote: “Microburst natural event. How little the teachers informed us. I almost feel as if I haven’t observed anything in climatology class and there are many natural events like this.”

The video has also been debunked by the fact-checking website Wings Daily News, after it was linked to a cyclone in southern India. 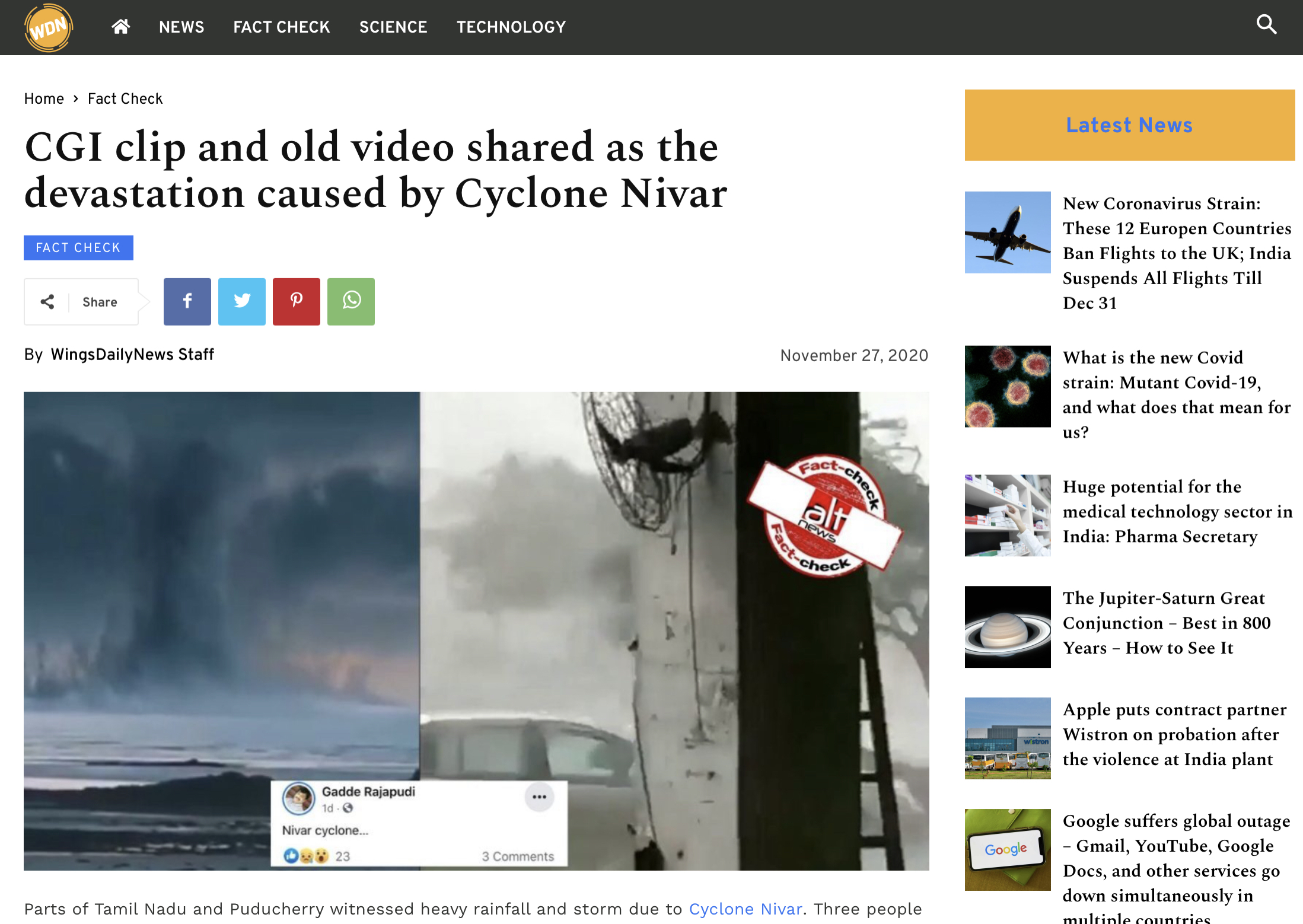 Pictured: The fake Jersey tornado has been linked to a cyclone off of the coast of India.

But not only is the video fake, people familiar with Jersey's southern coastline will also identify the setting as St. Aubin’s Bay, with Noirmont Point in the background and the wall of the tidal pool evident on the right of the video.

Mr Dineci, however, has never tried to mask the origin, veracity or setting of his creation.

He even shared with people on his Instagram and TikTok accounts how he had created the meteorological animation - but even that failed to prevent thousands of people around the world believing it was a bona fide tornado which struck multiple places around the planet.