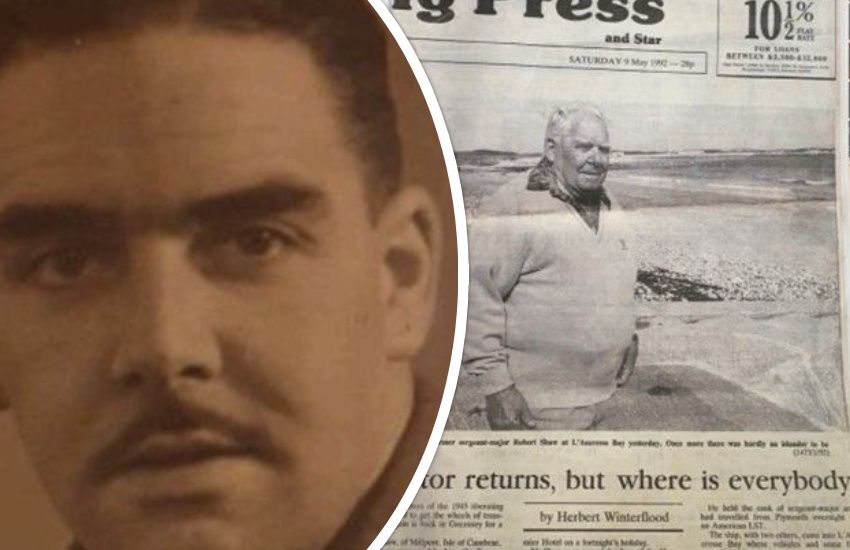 The family of the first British soldier to land on Guernsey soil after the liberation of the island will be in the Channel Islands for Liberation Day in his memory.

Through a twist of fate, Sargent-Major Robert Shaw's first operation was the liberation of Guernsey, instead of the Normandy landings.

Sargent-Major Shaw’s son, Martin Shaw, spoke to Express ahead of his family’s visit to the island, which has been “long-awaited”. 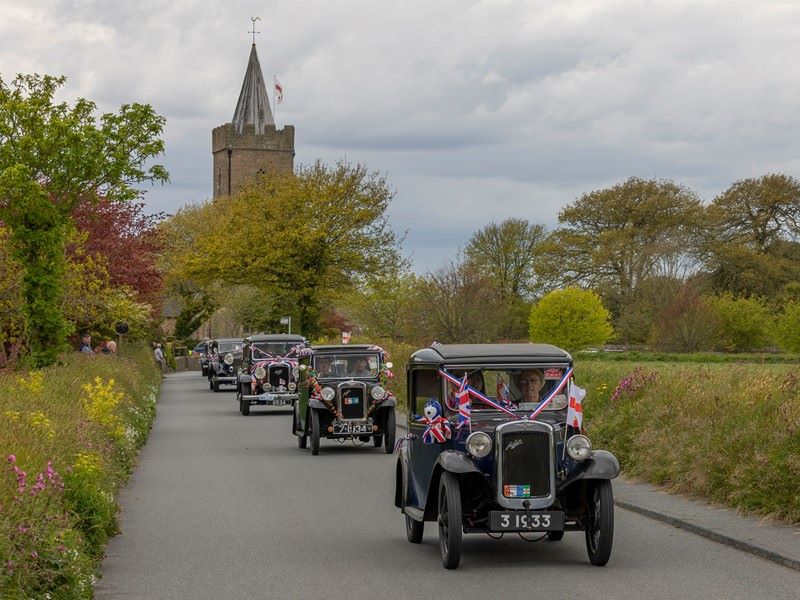 Pictured: The Shaw family have been invited to take part in the island-wide cavalcade.

“We had planned to come to the island in 2020 for the 75th anniversary celebrations, but covid put a stop to those plans until now,” said Mr Shaw.

“We have been invited to take part in the cavalcade and are very much looking forward to being a part of the celebrations, which would have meant so much to my father.”

Glaswegian Sargent-Major Shaw was part of Task Force 135, the British Military Contingent that liberated the island as part of the Nestegg exercise.

“My father was on the first ship that came to L’Ancresse Bay to liberate the island in 1945 and he was the first to disembark,” said Mr Shaw.

“He rode off the landing craft on a motorcycle, followed by several armoured vehicles. My father didn’t know what to expect as there may well have been German soldiers prepared to stop him, but he met no opposition whatsoever and was instead mobbed by the hilariously enthusiastic population.” 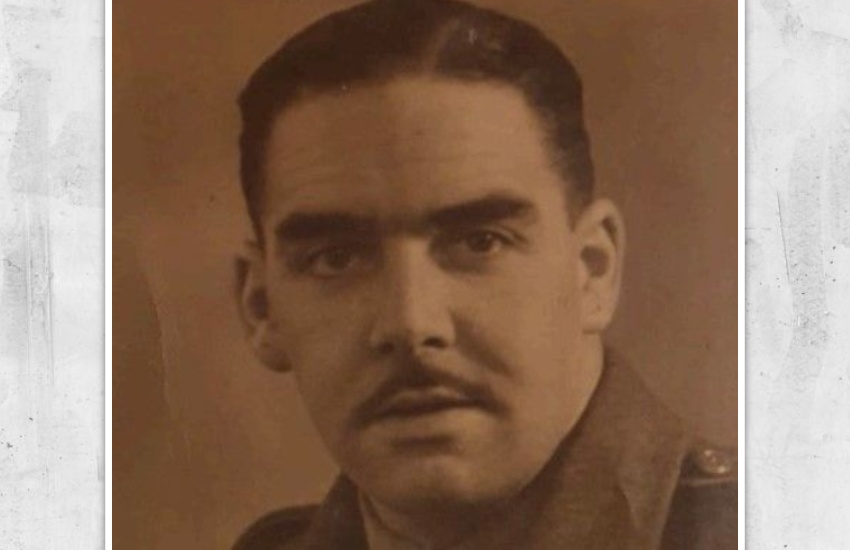 Mr Shaw described how his father, perhaps quite literally, “dodged a bullet” with Guernsey as his first operation.

“My father had been stationed in Plymouth and was awaiting instructions on when the Normandy landings would take place. The details had been kept strictly secret and my father’s immediate superior didn’t even know when it would happen,” he said.

“His commanding officer gave him a few days off and he returned to Scotland with some of the other men who had not been home for a long time.

“It was while he was on leave in Scotland that British forces were deployed for the Normandy landings, however my father and the other men weren’t able to get back to Plymouth in time and were, essentially, spared that fate.”

Sargent-Major Shaw’s first encounter with an islander was with a small boy.

“My dad was riding his motorbike along the roads to St Peter Port and he came across a young boy who was cycling on the right-hand side of the road, presumably being told to do so throughout the occupation,” he said. 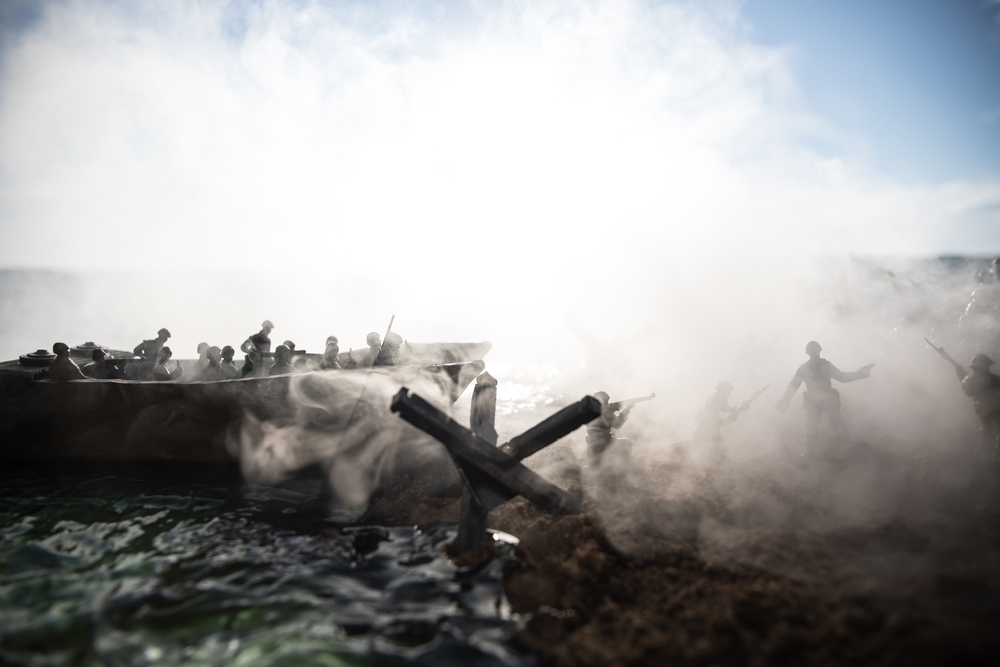 Pictured: Good fortune spared Sargent-Major Shaw the fate of the Normandy landings, where over 3,000 British soldiers were killed.

Mr Shaw continued: “My father stopped and told the boy to cycle on the British side of the road, the left-hand side, as he was worried that the little boy would otherwise be knocked over by the military vehicles that were following behind my father.”

47 years later, in 1992, Sargent-Major Shaw encountered the man who had been the boy on the bike.

“My father was visiting Guernsey from Scotland to receive commemorative Liberation medallions, with a number of other war veterans,” he said.

“After the local newspaper printed my father’s story about the boy on the bicycle, the very same boy, Mr Rault, read it and contacted my father at the hotel he was staying in." 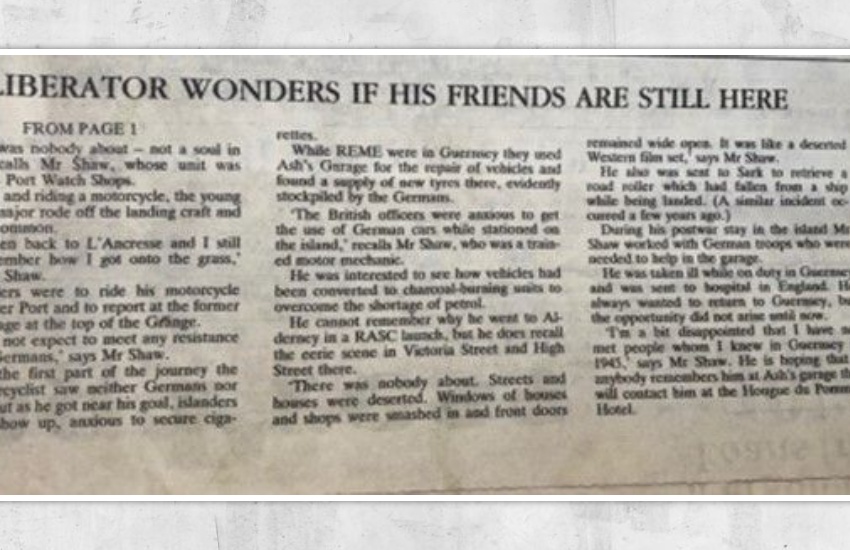 Pictured: Sargent-Major Shaw kept a copy of the article which reunited him with Mr Rault in 1992.

Mr Shaw continued: “The two met up, reconnected and re-told their shared story. They stayed in touch right up until my father passed away in 2005, aged 89.

“He was thrilled when he was invited back to receive the commemorative medallion with 170 surviving veterans of his task force and reconnecting with Mr Rault made the trip magical for him.”

While stationed in Guernsey, Sargent-Major Shaw worked for a local garage, named at the time, Ash’s Garage.

“My father was a trained motor mechanic and was particularly interested to see how vehicles in Guernsey had been converted to charcoal burning units to overcome the petrol shortage.

“The Brigadier had commandeered a Mercedes from the Germans and he asked my father to convert it into an amphibious vehicle. The parts were all German, of course, so my father made contact with the German watch master and used his tools. He worked alongside the Germans in an attempt to make the vehicle amphibious, however, I don’t believe they were ever successful.” 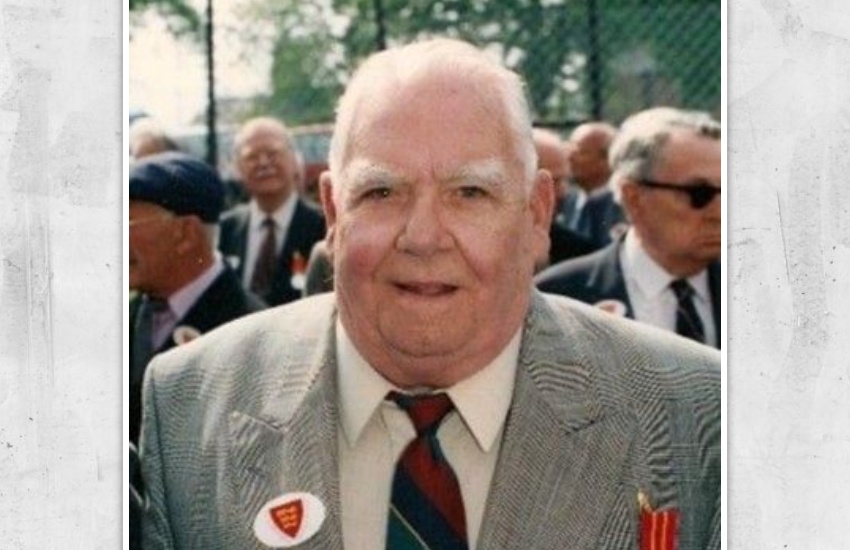 Pictured: Sargent-Major Shaw spent the remainder of his life in Glasgow before his death aged 89.

Sargent-Major Shaw also visited Jersey and Sark while stationed in Guernsey, and met with the Dame of Sark at the time.

“When his time in Guernsey was done, my father wasn’t sure whether to return to Scotland, or back to Plymouth where he had briefly courted a British wartime nurse, Esme Collinson, before being sent to Guernsey,” said Mr Shaw.

“He decided to toss a coin and, much to the good fortune of my siblings and I, the answer was for him to return to Plymouth, where he went on to reunite and eventually marry my mother. They then both returned to Scotland to start a family and he lived there until he died.”

Mr Shaw said that his father would share stories of Guernsey and the war with his children, but that he was “an incredibly modest man”.

“My father was so proud of being part of such a historic moment in liberating the island of Guernsey after the war. He talked about this moment throughout his whole life, but would never brag about it. To us, of course, he was a hero,” he said. 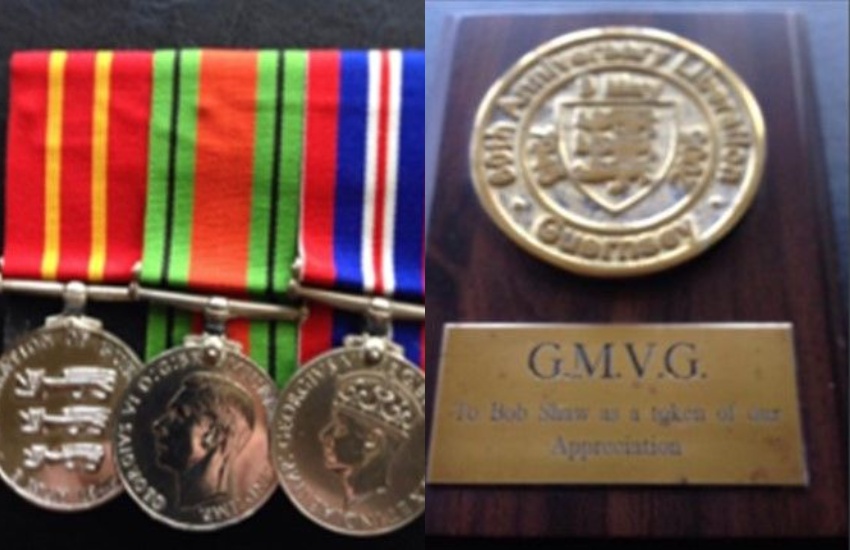 Pictured: Medals (far left: Guernsey medal) and a plaque awarded to Sargent-Major Shaw for his service.

Mr Shaw continued: “Visiting Guernsey as a family in his memory this year will be such a special moment for us to be together and remember all those that fought with him in the war."

The Shaw family would love to reconnect with Mr Rault's family if they are still based on the island this weekend to continue the family relationship.