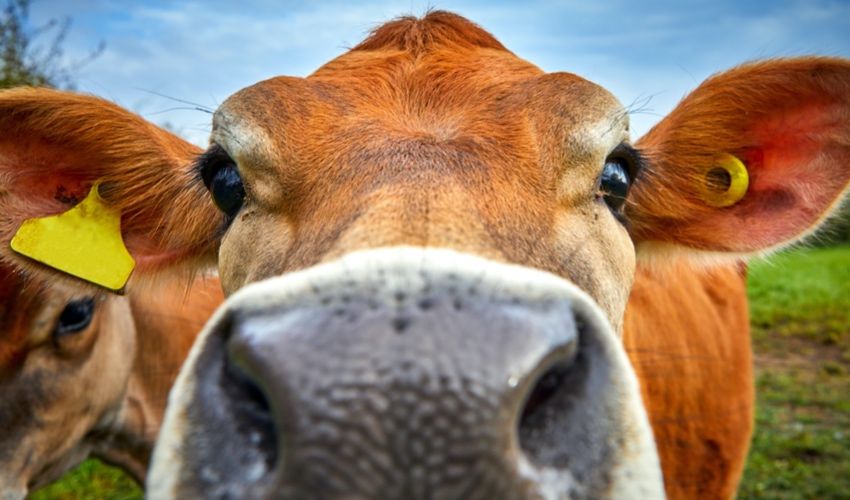 Contrary to popular opinion, cow farts are not a significant source of methane. However, their breath and manure are.

But Jersey’s dairy industry – which does not use intensive farming methods – is not a significant emitter of this greenhouse gas, but the Island should still take every opportunity to reduce methane emissions where it can.

This insight was shared by Professor Euan Nisbet, who leads the UK’s efforts to study methane around the planet, who spoke at the recent Jersey Farming Conference.

He explained that methane (CH4) was the second biggest contributor to global warming after carbon dioxide (CO2). The former is a far more potent greenhouse gas but there is less of it in the atmosphere because it converts to CO2 over time,’ he said. 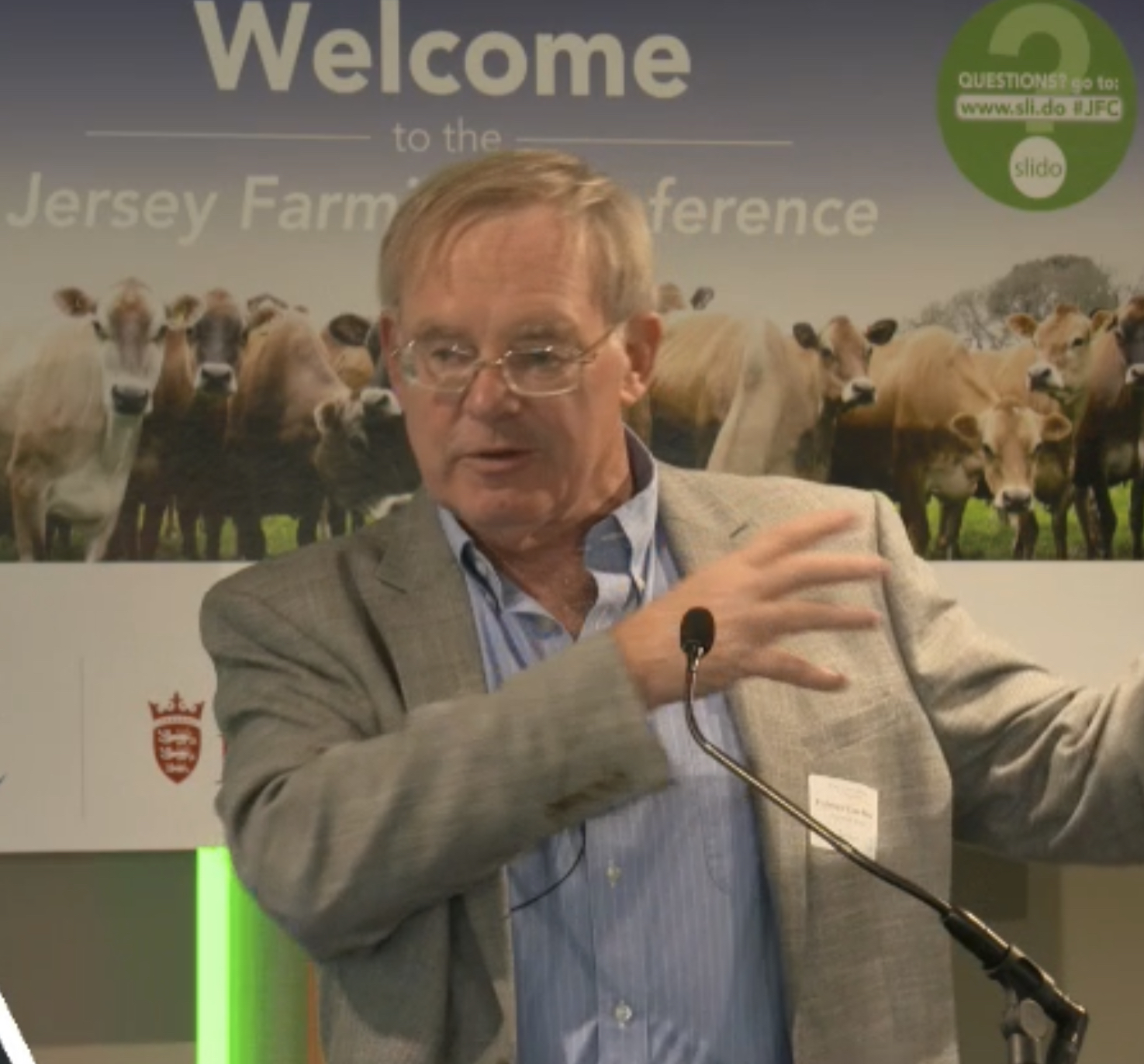 Pictured: Dr Euan Nisbet, who is a scientist at the Royal Holloway University of London.

Over 20 years, methane has 86 times the warming impact of carbon dioxide, reducing to 34 times over 100 years, as more of the gas is broken down.

When it came to progress since the 2015 Paris agreement on reducing levels of greenhouse gases, methane was the worst performing, Prof Nisbet said.

“It is the gas that is most out of line with the expectations of the agreement,” said. “Paris expected a lot out of methane and subsequently nothing has been done.” 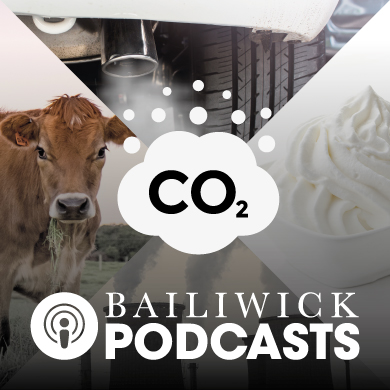 CLICK TO LISTEN: Express explored the topic of cow emissions in a recent edition of the Bailiwick Podcast, 'Cars, cows and squirty cream'.

Since 2007, the primary sources of methane had tilted away from burning fossils fuels towards biological sources, including biomass in landfills, tropical wetlands, trees being felled and ruminants, principally cow manure, which is stored in large lakes in some places.

The good news, said Prof Nisbet, is that methane can be removed from the atmosphere by oxidation and also biologically, by covering landfill in a 20 cm layer of soil, which contains gas-digesting methanotrophs.

And while Jersey was not a significant source, he urged farmers to do all they can to reduce emissions. Moving to organic farming would be a positive step, he added.

Posted by Guy de Faye on Nov 15th, 2021
Many thanks to Express journalist Julien Morel for this sensible analysis of the insignificant contribution of Jersey's dairy industry to global greenhouse gases.

It is critical to point out that methane is over 80 times more effective at generating atmospheric warming compared to carbon dioxide, whilst the total quantity of CO2 is far greater, thus attracting "headline billing".
In fact, fluorocarbons that previously performed as refrigerator coolant, have about 2,000 times more impact than C02. Although banned in the West, the level of fluorocarbons in the atmosphere has actually increased thanks to scrap metal operations in China and India.

However, the key factor in environmental breakdown is not down to global warming, but global overpopulation.

50 years ago the world's population was in the region of 2 billion, but it is now heading for 8 billion - creating a huge consumer demand for limited resources.

Consumption is the driver for felling forests and jungles in favour of grazing land, palm oil plantations and soya bean crops. The vast amount of plastic used in merchandise and products and then discarded is what is polluting our land and seas. The list of human abuse of limited natural resources is extensive.

Jersey should know the impact of overpopulation very well, but our government does next to nothing.
A similar lack of action can now be expected as a Normandy fishing fleet, more than double the number of our local boats, depletes our fishing grounds of marine stocks. Both issues being much more serious locally than our miniscule contribution to global warming.
To place a comment please login Login »