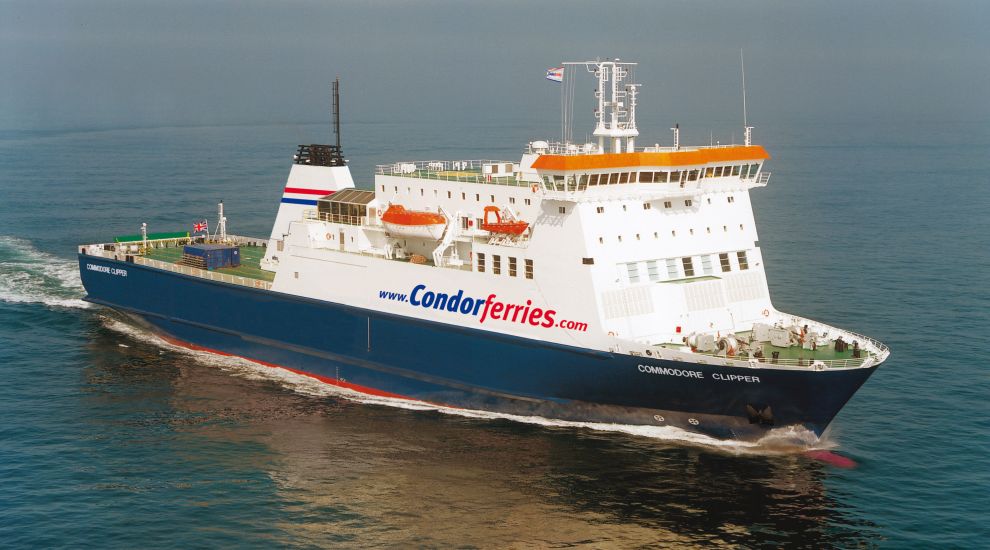 Delays are expected on the Commodore Clipper route after an unexploded WWII bomb was discovered at Portsmouth Harbour in the early hours of this morning.

Royal Navy bomb disposal experts are now attending the scene. The Harbour was closed until 7:30am, and Condor’s Commodore Clipper was forced to hold off the Isle of Wight.

Authorities are now gradually resuming shipping movements, but a knock-on effect will see delays continue into this evening.

This morning’s Portsmouth to Guernsey service is also delayed, rescheduled for 11:15.

The bomb – a 500lb German SC250 – was found in the excavator head of a barge dredging the harbour as part of infrastructure upgrades taking place ahead of the Royal Navy’s new 65,000-tonne aircraft carrier arriving.

Divers from the Royal Navy’s Portsmouth-based Southern Diving Unit 2 are dealing with the bomb, supported by the Ministry of Defence Police, Portsmouth City Council, Hampshire

The @RoyalNavy Southern Diving Unit team are dealing with the #WW2 bomb found in #Portsmouth Harbour this morning pic.twitter.com/FFHTse10xV

Ferry provider Condor have since advised that they are liaising with Harbour authorities and are keeping passengers informed of all updates.

A spokesperson said: “Condor are in very frequent contact with the Portsmouth Harbour authorities and all our passengers on-board Commodore Clipper and in the passenger terminal have been notified of the situation and also offered complimentary tea and coffee.

“All other ferry operators are being affected by this not just Condor Ferries, and the local roads and rail services were temporarily closed and suspended this morning.

“Passengers are being notified of the delays caused by the unexploded bomb by SMS and on Twitter and Facebook.”

INFO| Portsmouth Harbour has now re-opened we are number 2 of 4 for arrival ETA 0900 @Condor_Ferries pic.twitter.com/KeaQrnfprj

The bomb has since been detonated in a successful mission by the Royal Navy.

With a bang and a splash, @RoyalNavy divers detonated a 500lb wartime bomb found during @HMSQnlz carrier dredging https://t.co/jolwE7o6Be pic.twitter.com/wJT3xn6vto

Captain Roger Redwin explained how it was done.