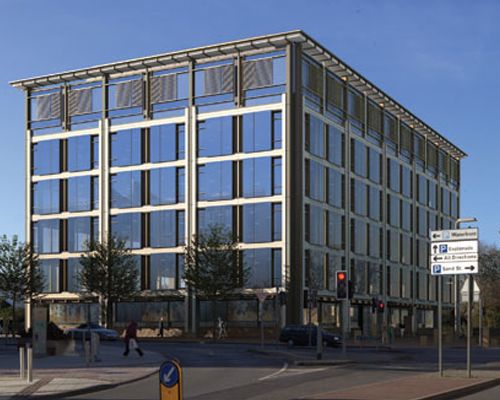 Politicians have voted down plans to suspend the Waterfront development pending a Scrutiny review, the day after banks, builders and lenders involved in the scheme refused to hand over documents to backbenchers scrutinising the project.

Building work could start on Monday on the long-awaited office development after politicians voted 26-17 to press on with the project. They rejected Deputy Montfort Tadier's plea for a pause while the Scrutiny panel finished its work, instead backing Chief Minister Ian Gorst, who said that a delay would cost money and make the States look unreliable and inconsistent.

The Corporate Services Scrutiny panel, which is reviewing the States-backed scheme to build offices on the Waterfront, recently asked the quango that will develop the centre for copies of leases and agreements that tenants UBS, constructor Camerons and lender HSBC had signed. The panel, chaired by Deputy John Le Fondré, offered to keep the documents confidential but on Monday the panel revealed that all three companies had refused to hand them over.

Earlier this year, the panel were also frustrated by a long delay in getting their hands on an independent review by letting agent BNP Paribas, which came out in favour of the project.

The panel were grilling Treasury Minister Alan Maclean, who has political oversight of the Jersey Development Company, which is developing the Waterfront on behalf of Islanders.

Vice-chairman Deputy Simon Brée said that the panel was “disappointed” by the response of the companies and questioned whether JDC, who had agreed to ask for the documents at a hearing two weeks ago, had actually been pleased that the signatories had refused.

“I am supportive of the panel’s aims but equally I have sympathy with private companies and can understand their reluctance to hand over commercial information to third parties,” said Senator Maclean.

“That said, I can see the frustration of Scrutiny when it comes to accessing documentation, even when they offer to keep it confidential, and I would support a review of the rules to make it easier for Scrutiny to get their hands on important evidence.”

The JIFC is being built in phases and the site of the first six-storey building, which Swiss bank UBS will occupy a quarter of, is due to be handed over to Camerons on Monday.

Posted by Trevor Carre on Jun 17th, 2015
How is a scrutiny panel to carry out it's remit if it denied access to important documentation and what is the point of a scrutiny panel if the project is going ahead regardless of their findings. Another waste of tax payer's money me thinks.
Posted by Jackie Brien on Jun 17th, 2015
I work in an institution whcih deals with highly confidential documents and we have to hand these over occassionally in order to facilitate buisness. I cannot understand why a "non-disclosure agreement" would not have been accessible to those companies, and futhermoer, why the companies woudl not disclose.

I understand that there are commerical reasons behind all this, but surely the scrutiny committee should have been allowed access in order to report back to the States about whether we should press ahead or not.

The vote was closer than I thought it would be - Well done to Monty for standing up for his beliefs, lets hope more of the elected members follow suit.
Posted by John Storey on Jun 17th, 2015
Once again senator Maclean has shown his lack of political knowledge The UAE or Emirates is governed by an absolute monarch who jointly form the Federal Supreme Council. One of the monarchs is selected as the President of the United Arab Emirates. So the their finance centre was built by them using the money from there biggest assent OIL We on the other hand don't have OIL to fall back on if problems arise at some stage in the future .thats why if a finance centre is going to be built it should be by property developers who know how these things are done and not by a bunch of wage earners who don't know what it means to risk there own money but are quite happy to risk others ,we the tax payers money

John Storey
Posted by david forde on Jun 17th, 2015
So we now have a group that can hardly run a bath bypass all the checks and balances put there to prevent the stupidity of these less than gifted morons!making such a mistake. At the same time they have told the people in no uncertain terms that they don't give a hoot what the public think! Extreme arrogance!
To place a comment please login Login »