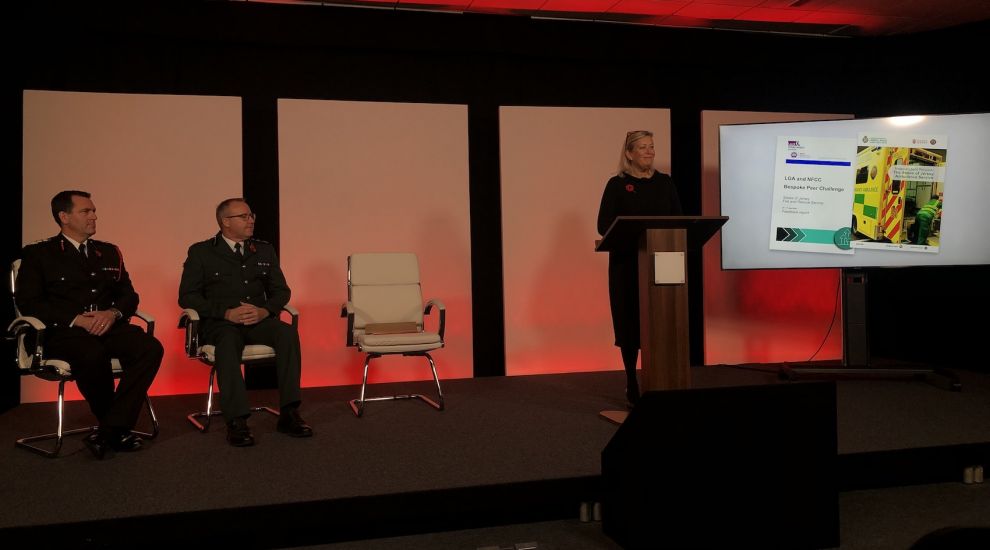 Inadequate staffing, funding issues and low morale are hampering the emergency services, according to two major reviews published today - but the Home Affairs Minister says there is "no cause for alarm".

Reviews of the Ambulance Service and the Fire and Rescue Service were undertaken and reports were produced earlier this year, but the Government only shared the findings for the first time at a press conference today in which it confirmed a £9.5m investment over the next four years for both services.

The Ambulance review concluded that the States of Jersey Ambulance Service is a good organisation with passionate and caring staff who provide a good quality of care to patients. Staff were also found to be adequately trained, with access to equipment that is fit for purpose.

However, issues were raised regarding growing signs that the Ambulance Service no longer has the ability to meet its present demand, as evidenced by longer response times and increased reliance on overtime or backup staff.

The review team expressed concerns with emergency preparedness, particularly the lack of capacity if there was a major incident given that the service is already stretched.

The review also highlighted that the Ambulance Service is inadequately funded, with overspends of over £420,000 on a budget of £4.8m, as well as raising concerns about the poor quality of and lack of space in the current Ambulance Headquarters.

The review of the Fire Service also highlighted some positive attributes, with committed and dedicated staff. However, issues raised include staff shortages, outdated training, poor staff morale, and lack of emergency preparedness. 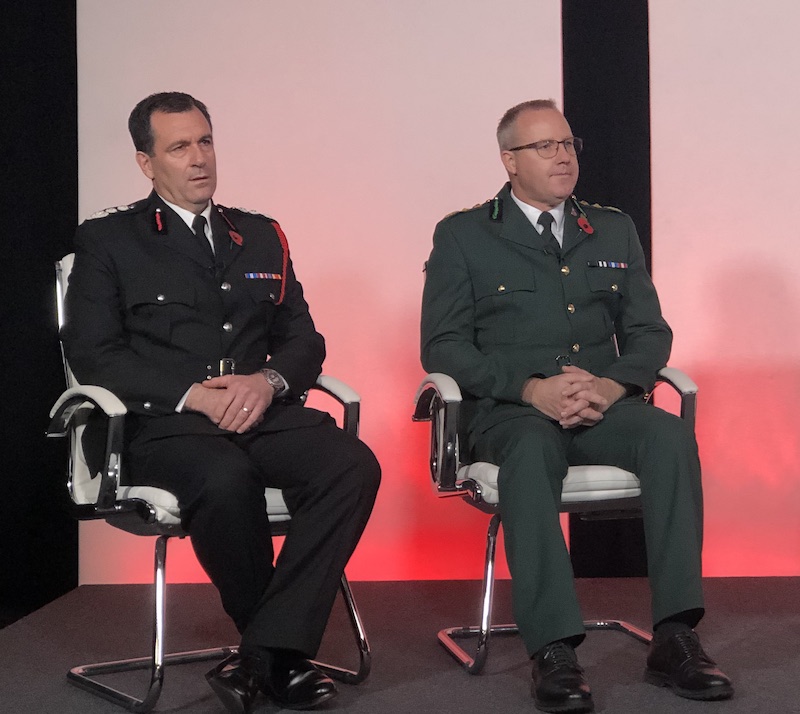 Lack of data means that the Fire Service “cannot assure itself that Firefighters are adequately trained”. The review says that “Firefighters are ‘making do’ and would have no hesitation about tackling any situation that they find themselves in, but without adequate training, they may unwittingly put themselves, and others, at risk”.

It adds: “The Service’s training, and training records, in their current state, could be in doubt in a post-incident enquiry (such as those as a result of Grenfell or the Manchester Arena) or in a court of law.”

The review also acknowledges the unique difficulties that the Fire Service faces due to being located on an island without additional support from neighbouring services. This means that local Firefighters have to be more multi-disciplined than many UK Fire Services to be self- sufficient in case of any type of incident.

The review concludes that at the moment, the lack of capacity means that “the Service cannot assure itself, and others, that it can prevent, or deal with, a major incident, or simultaneous incidents, nor protect its firefighters or residents if such an incident were to occur”.

The Minister for Home Affairs, Deputy Helen Miles, confirmed that the Government was due to be putting more funding in place to support both services.

The funding plans include a £9.5m investment over the next four years for both services. 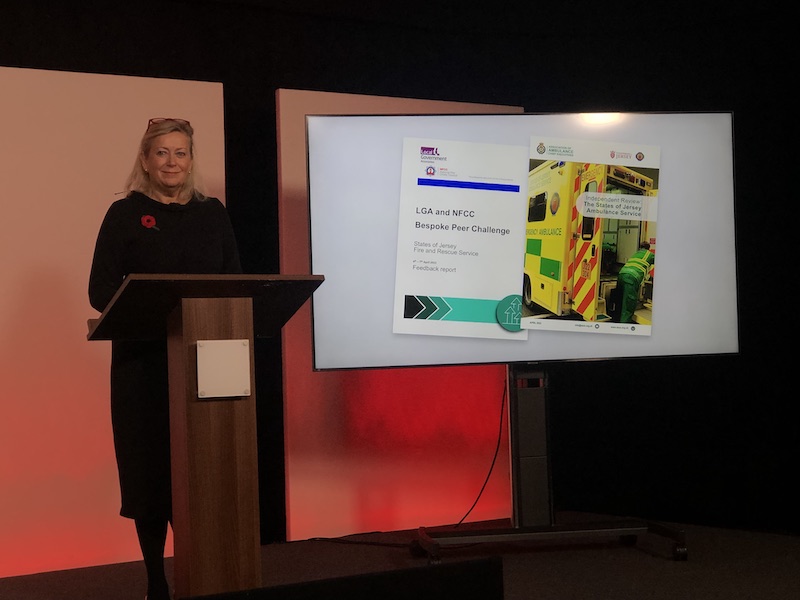 Chief Ambulance Officer, Pete Gavey said that, "overall", he sees "the findings as fair and generally positive of the States of Jersey Ambulance Service."

“I’m especially pleased with the comments regarding staff dedication and passion," he continued. "I can attest to this, and I’m made proud daily by my staff’s tenacity and hard work, particularly over the last two years of the pandemic. We are committed to providing the best possible service for islanders, and a working group has already formed and actioned a number of points to address the suggestions.”

Chief Fire Officer, Paul Brown added: “I acknowledge the recommendations in the review and have a clear plan to address the challenges ahead and have been working with government since before the peer review to secure investment, through the Government Plan, to enable it.

“A business case has been approved by the Council of Ministers and investment is included in the draft Government Plan 2023-2026, for debate in the Assembly in December.

“I’m delighted that the dedication and commitment of my team has been recognised and I’m extremely proud to lead them going forward as we continue to work on the recommendations and deliver our prevention and emergency response service to protect our community.”

“The findings are extremely useful and will allow the team to make further practical improvements to enable the staff to maintain and build upon the great service they already provide to islanders.”

Turning to the Fire Service review, she added: “I’m pleased that the report recognised the Service’s ‘openness, transparency, and desire to improve’ by requesting the review and the Chief Fire Officer and senior officer colleagues are already working on implementation work for the wider plan.

“Many of the recommendations are being addressed as part of a strategic action plan which I have committed to supporting and investing in as part of my Ministerial Plan."

Posted by Keith Marsh on Nov 4th, 2022
There can be no doubt about the quality of service and professionalism of both Services Staff, I am concerned about the Fire Dept's capacity to cope with High Rise Flats and Offices, which we now have so many more of on the Island.
The equipment that both services need will seriously damage the increases in spending allocated, and on the face of it is insufficient for their ideal requirements.
To place a comment please login Login »