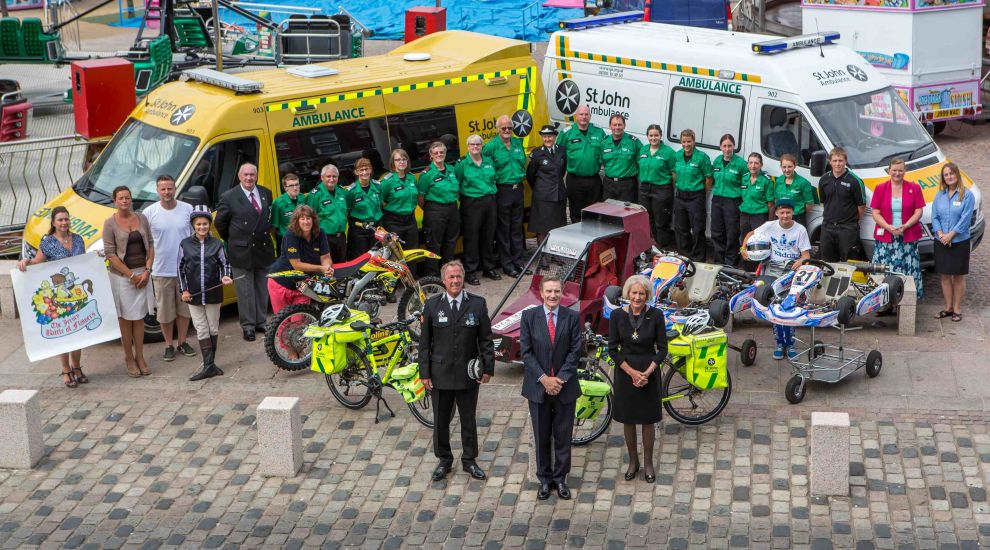 St John Ambulance has launched a new campaign to raise funds and awareness for their voluntary service.

The Jersey charity has to raise £650,000 a year to support its work in the Island providing life-saving cover and training for Jersey residents and businesses. Their new video, “In my spare time, I save lives”, highlights the role volunteers play in delivering first aid services in Jersey.

St John Ambulance provides medical cover at over 150 events across the Island each year, without which the events might not be able to take place. In addition the charity offers first aid training to over 1,000 school children, at a cost of £100,000 a year.

His Excellency General Sir John McColl, the Lieutenant Governor of Jersey and Patron of St John Ambulance in Jersey said: “St John Ambulance is vital to Jersey if we are going to continue to benefit from the range of services and community support they provide which, quite literally, saves lives.

“If they didn’t exist, vital services including covering public events and major sporting events, the young carers programme and training would disappear.  Notably, the ambulance service would have no critical back-up during major incidents.”

Last year St John Ambulance trained and certified 6,576 people in Jersey. Around 20% of Islanders have up-to-date first aid certificates, and are capable of using one of the 180 defibrillators distributed around the island.  St John Ambulance Jersey receives no government funding and relies entirely on donations.

Mrs Cynthia Rumboll, Dame Commander of the Commandery of the Bailiwick of Jersey said: “Since we became a separate entity from the UK in 2012, following the formation of the Bailiwick of Jersey as a Dependent Commandery of the Priory of England and the Islands, we have been able to build on our existing services, tailoring them to the unique needs of island life.  Our independence also means that any funds raised in Jersey stay in Jersey, to be used for local initiatives and for the benefit of Jersey people.”

To see the video and find out more about St John Ambulance in Jersey, or to make a donation, visit www.stjohnambulancejersey.com