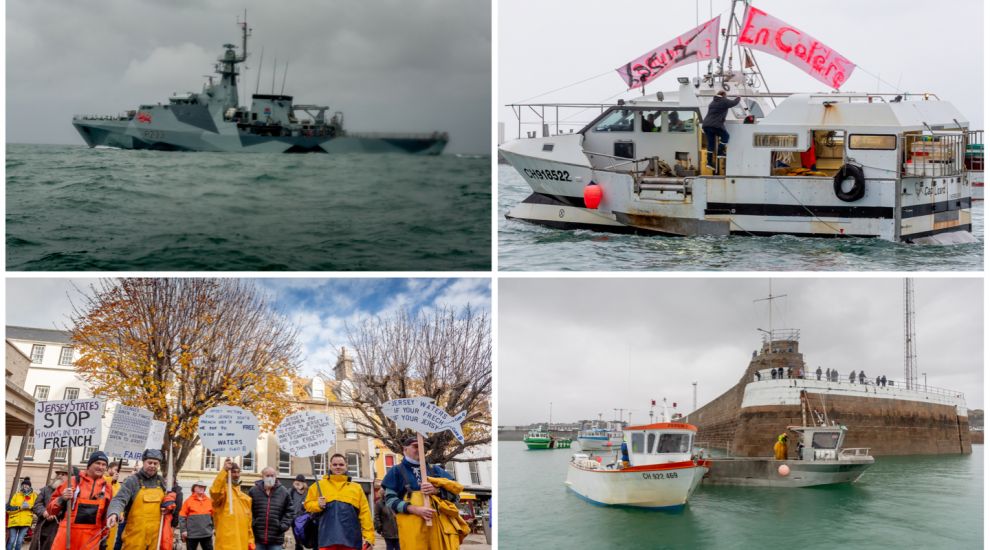 What French fishers can and can’t catch in Jersey’s territorial waters is expected to be on the agenda next week when senior Jersey Ministers hold various meetings in Brittany, Normandy and Paris.

This week, the new Government published its Ministerial Plan, which includes a number of references to building relationships with France, which became particularly strained during last year’s fishing dispute.

Although the protests and threats of that period – which gained worldwide attention – have abated, some of the underlying issues remain, particularly around the licence conditions that will be applied to the 130 French boats that are permitted to fish in Jersey’s waters.

However, it seems unlikely that those French fishers who failed to get a licence, either from Jersey or the UK, will maintain their demands for one after the French government recently set out the terms of a €60m EU-funded compensation package.

France finally obtained 1,054 fishing licences from the UK and the Channel Islands, allowing holders to continue fishing in their waters, as before Brexit.

For those who failed to meet the terms set out in the UK-EU trade deal over past fishing activity, the French government has now set out ‘individual support’ and ‘fleet exit’ plans for the more-than 100 vessels affected.

Boat skippers have until 18 November to apply for financial help, which is subject to various conditions, including ‘demonstrating a dependency of at least 20% of the total value of sales of catches made in UK, Jersey or Guernsey waters in 2019 or 2020’.

The amount of aid is calculated for each vessel according to how powerful its engines are, and the beneficiary is prohibited from fitting out a new vessel or increasing fishing capacity during the five years following payment of the aid.

Quoted in the French media, fishers with licences have once against voiced their concerns about what conditions around the ‘nature and extent’ of their fishing will be applied to their licences by Jersey, Guernsey and the UK.

Although initially added to licences in early 2021, this part of the trade deal was put on hold by Jersey to calm the waters during last year’s diplomatic spat, which included French fishing boats protesting outside the Harbour, and Royal Navy warships dispatched to island waters in May last year.

It is understood that talks involving the Channel Islands, UK, France and EU as to ‘nature and extent’ – essentially what licence holders can catch where and when using what gear – are ongoing.

It is hoped that agreement will be found among all parties before the conditions are applied.

As well as fishing, the Jersey politicians are expected to talk about developing cultural, tourism, transport and trade links, as well as the wider implications of Brexit, too.

The annual Summit of the Channel Islands, the Manche Department and the Normandy Region will take place in Caen on Thursday.

Posted by Patrick Troy on Oct 14th, 2022
Why fishers ? They are fishermen.
To place a comment please login Login »