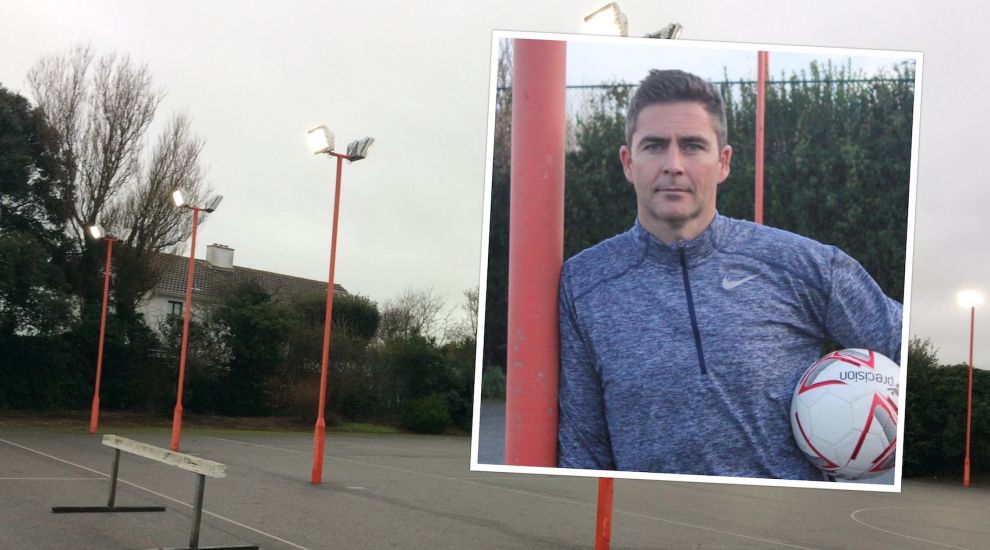 A former Muratti footballer’s bid to transform unused netball courts at FB Fields into football pitches has come to an end.

James Scott, the Manager of the Parishes of Jersey Football Club and owner of JsFives, had hoped to transform the netball courts at FB Fields, which were resurfaced in 2015 and haven’t been in use since.

Mr Scott was hoping to lease the facility from the Government with the facility being made available for free for local schools, with islanders and sports club able to hire it.

More than 3,000 people signed a petition backing his bid, but Planning was not supportive, stating concerns about noise impact on neighbours and overuse of the already pressured car park.

Yesterday, the application came before the Planning Committee – a panel of politicians tasked with reviewing major and more contentious development proposals – who refused it.

Explaining on social media that this was the “end of the road” for his FB Fields vision, he stated that Jersey is still in “desperate” need of a five-a-side facility and said he would do “all I can to make it happen”.

2/2 Sorry football community. I honestly done all I possible could.

Jersey is still in desperate of a 5-a-side football facility.

I will continue to do all I can to make it happen, even if it’s nothing to do with me.

Thanks to you all for the unbelievable support from day one.

“Thanks to you all for the unbelievable support from day one,” he added.

Posted by Scott Mills on Dec 3rd, 2021
I see the fun police at it again. So fort away....netball courts never used...skate park (see tony hawk) probably ready for Paris 2024 olympics . Take away historial landmarks (castles etc..), beaches, restaurants, cliff paths, pubs.....what is left amenity wise for locals? especially when it rains. Every year it seems Jersey exists for the benefit for everyone who doesn't live in Jersey. Wet beaches out there today.
Posted by Private Individual on Dec 3rd, 2021
The reasons this has been refused are 100% correct. Noise, antisocial behavior, and light pollution are all an issue when places such as this are developed for the "wider community". What about an individual's right to some peace and quiet in their own home?

The same thing is happening at Plat Douet school where they have just installed floodlighting for the new 3G pitch and do not have planning permission for them, they have not consulted with any of the neighbours about its change of use to a community area.

Watch this space.
Posted by Nicola Bechelet on Dec 6th, 2021
Private Individual there had been netball played there for many years, long before some of the houses nearby were built. Did they play in silence??
To place a comment please login Login »