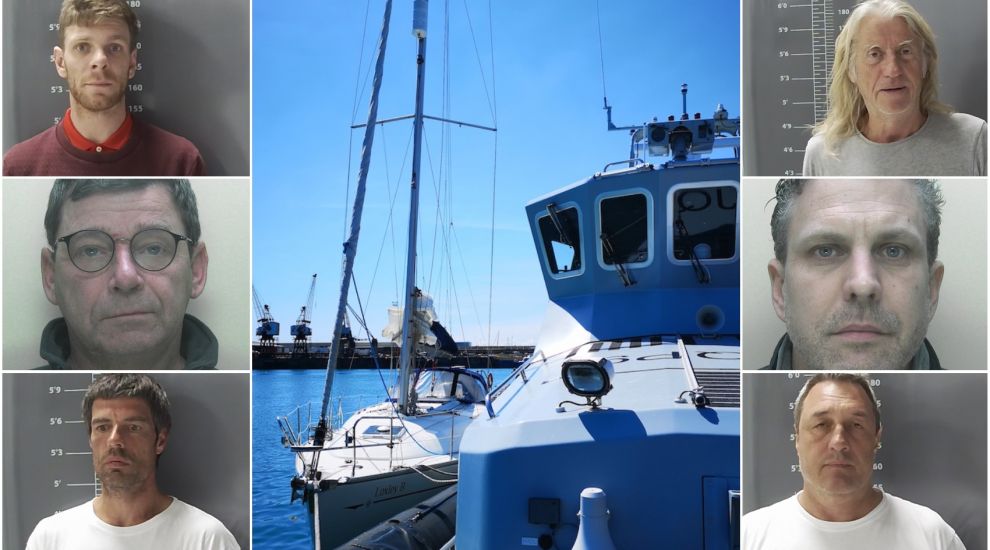 The sentencing of seven individuals in Jersey's Royal Court last week was a significant achievement of a major International drugs investigation, know as Operation Lion.

Now that some of the reporting restrictions have been lifted, Express can publish more detail about this international effort to shut down a network of drug smugglers.

Between March and June last year, police and customs officers in Jersey and the UK were busy tracking people, phone calls and transactions.

They finally swooped on the Jersey smugglers on 21 June, when a 37-ft chartered yacht called Loxley B, with two of the defendants on board, tried to bring almost £1m worth of illegal drugs ashore, including a kilo of cocaine and 5,000 ecstasy pills.

But just three months later, last September, an equally bold alleged smuggling attempt was apparently foiled in Australia, which involved a yacht running aground off a tiny island north of Perth, drugs being hid under piles of seaweed and the crew fleeing for their lives from a giant seal that had been roused from its sleep.

Reporting restrictions had been in place since the beginning of this year, when the Australian media reported that police there believed that the alleged “kingpin” behind the September debacle was in custody in Jersey. 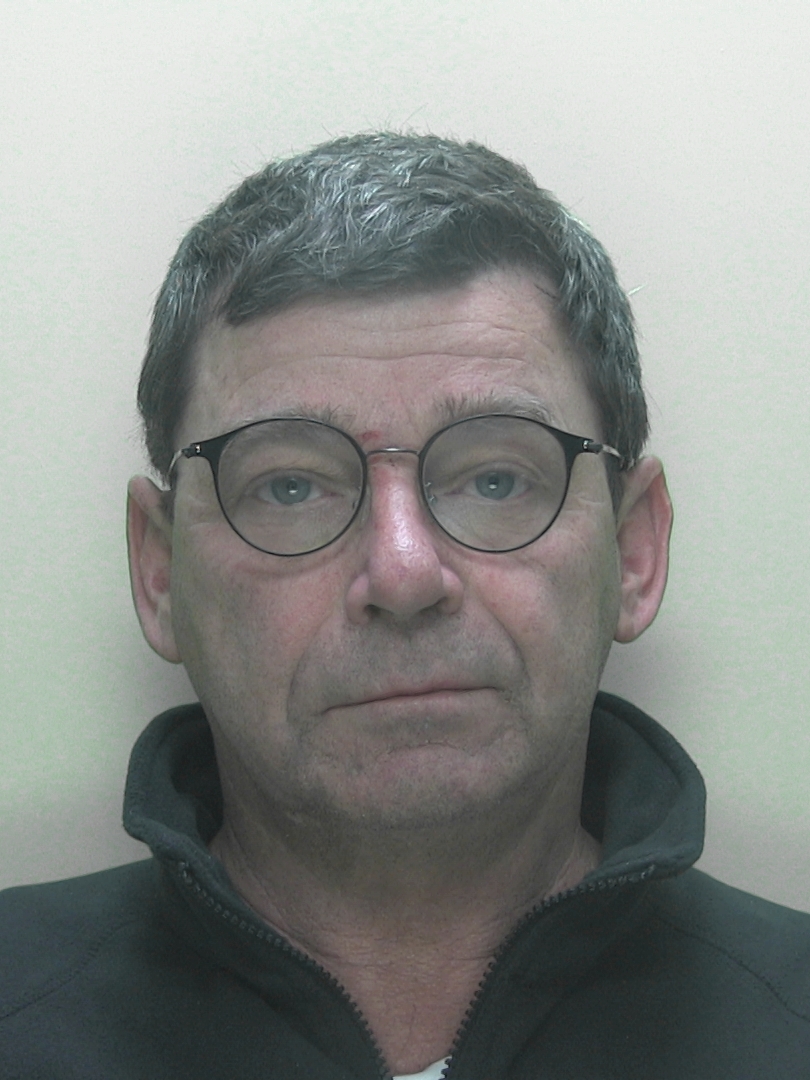 Pictured: John Alexander Roy, who was sentenced to 12 years in prison in Jersey, is also wanted by police in Australia.

That person was 55-year-old John Alexander Roy, who was sentenced to 12 years in prison in the Royal Court this week for his involvement in the Loxley B attempt. Roy, a qualified yachtsman, chartered the boat from Hamble Point marina for £1,500. He then sailed it, with the coordinator of the operation, Jon Hughes, to Lymington. Others took control for the cross-Channel voyage.

According to Australian media reports, on 3 September 2019, the yacht ‘Zero’ struck a reef about 4.3 miles from Burton Island in the Abrolhos archipelago, which is around 40 miles to the west of Geraldton, 260 miles north of Perth. A search was conducted after the empty boat was spotted with its dinghy missing.

As planes searched for the missing crew, a pair of cray fishermen spotted two men on Burton Island ducking down to hide in low scrub every time an aircraft flew overhead. 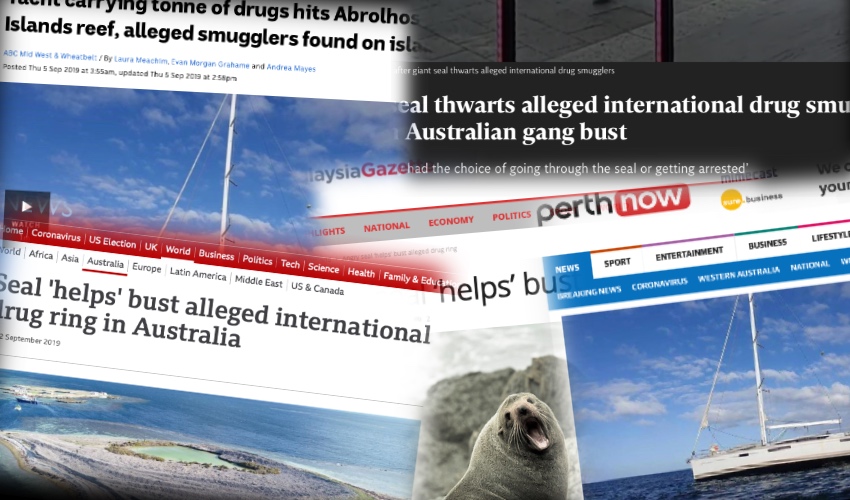 When police arrived, the two men made a run for their dinghy but they were stopped in their tracks after waking a huge elephant seal. Facing the wrath of the giant mammal or arrest, they decided to give up the chase and surrender to the authorities.

Police found more than a tonne of MDMA, cocaine and ecstasy, worth AU$1 bn (£550m) in 40 bags hidden under seaweed.

Offering advice to the pair, Police Commissioner Chris Dawson told the press at the time: “If you're in a hot pink shirt, don't try and hide in low scrub.”

Then in January this year, Australian media reported that the leader of the operation, who police believe is Roy, was behind bars in Jersey. The Royal Court imposed reporting restrictions on the local media because, at that time, Roy was yet to enter a plea so a jury trial could have been required. In the end, Roy pleaded guilty but restrictions remained until his sentencing last week.

During the case in Jersey, it was revealed that Roy had served seven years of a 14-year sentence given to him in 1998 for his involvement in an attempt to smuggle eight tonnes of cannabis, worth AUS$64m (£35m) into Queensland using a yacht two years earlier.

The similarities between the three attempts - yachts bringing significant quantities of drugs, specifically cocaine, MDMA, ecstasy and cannabis, ashore - is clear to see. In Jersey, the smuggling attempt was preceded by efforts to move more than £26,000 of cash out of the Island through the Airport, in addition to the £20,610 that was handed from the shore to the Loxley B by the ‘shore man’, Paul Dennis Brown, who received a 12-year prison sentence. 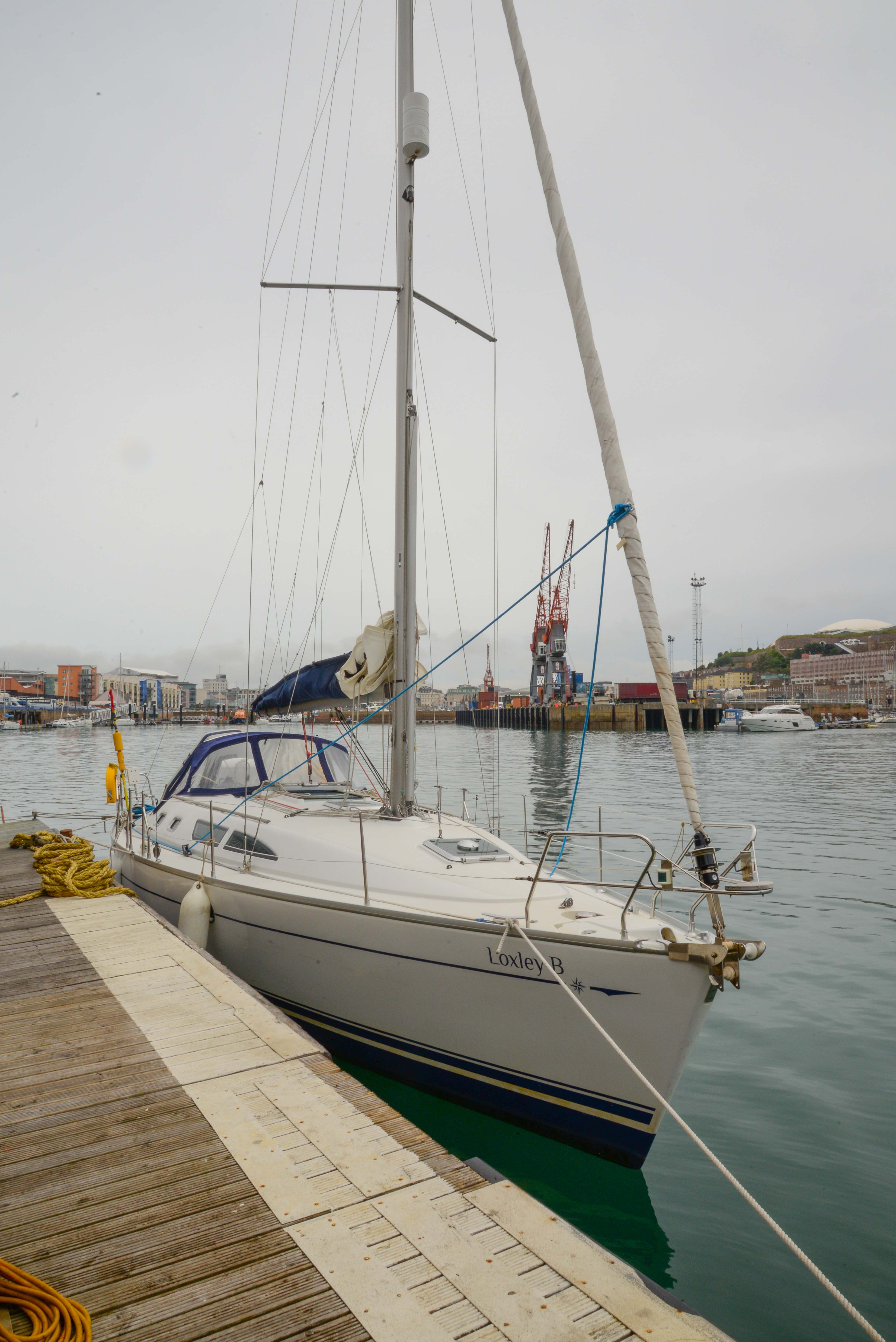 Pictured: The 37-foot yacht Loxley B was chartered from Hamble Point Marina by Roy for the Jersey attempt.

£15,500 of the £26,000 was carried in the luggage of UK-based Deborah Karen Wolff, who was tracked making numerous flights to and from Jersey. A friend of the ringleader, Jon Hughes, her role was a simple and single one, which was reflected in her two-year prison sentence, the lowest by some margin.

For his central coordinating role, Hughes was sent to prison for 14 years and three months, although the Prosecution said that they believe that someone else, not sentenced in the Royal Court but involved in court proceedings elsewhere, was likely to be the main ringleader.

Hughes’s lawyer, Advocate Howard Sharpe, also argued that Roy was higher up the food chain, evidenced by his earlier conviction in Queensland and his alleged involvement with the botched attempt in Western Australia.

Based on the evidence uncovered in Operation Lion, however, Roy’s role was principally sourcing the yacht, although he had also travelled to Jersey in April last year, when undercover officers found £7,000 in his hotel safe, which he took back to the UK. For his role, Roy was sent to prison for 12 years.

The two crew who sailed the Loxley B to Jersey, Nicholas Thurban and Colin Sait, were given sentences of 13 years, six months and 12 years respectively. While Sait’s role was specifically to sail the boat over and then row to shore with the drugs, where his uncle - Brown - was waiting for him, Thurban’s sentence reflected his greater role, which the Prosecution described as ‘key’.

Thurban had been recorded in numerous phone conversations and had been photographed meeting Hughes off a flight at Gatwick. He had also travelled with Hughes to Panama in March 2019. He returned from Barbados on 29 April on a flight paid by another defendant, Daniel Riley. He had also tried to buy a RIB boat in Jersey, assumed to be the one intended to carry the drugs, but that fell through when the boat was found to be broken before the sale was finalised.

The court heard that Thurban had previously spent two years in a French jail for trying to smuggle in cannabis in a boat into Cherbourg in 2015.

Jersey-based Riley - only he and Hughes were local residents - was the distributor, tasked with supplying the drugs to the local market. His sentence of eight years, two months, reflects his lack of apparent knowledge of the wider operation, although he did have a role in sourcing cash in the months leading up to the importation. 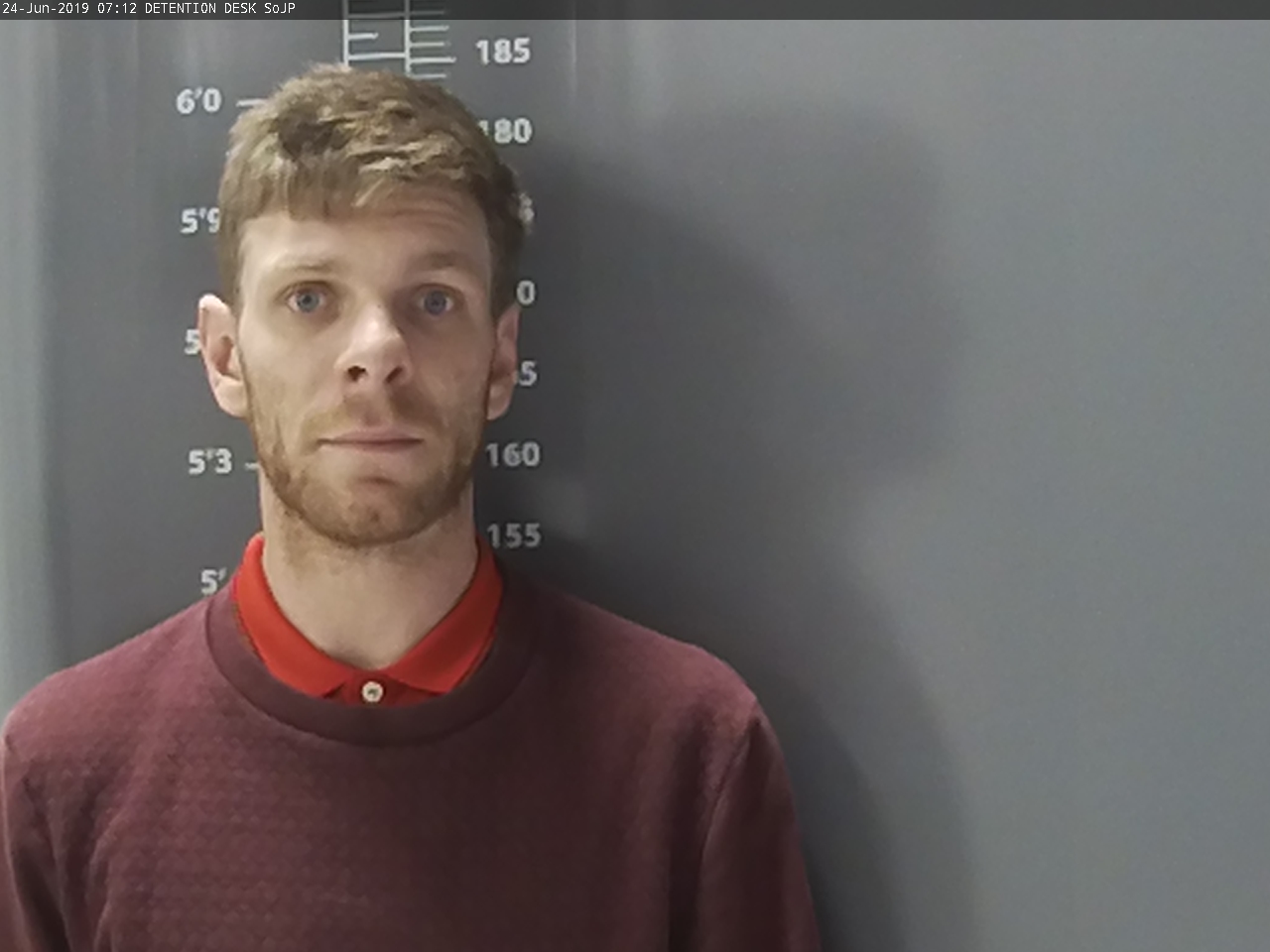 Pictured: Jersey-based Daniel Riley was due to be the local distributor of the drugs.

Surveillance officers bugged Riley’s car and recordings of his conversations provided evidence of his significant involvement in drug-dealing, as well as his knowledge of his own part in the enterprise.

Giving a sense of his involvement, a transcript of one of Riley’s phone conversations to an unknown male was read out in court:

“Alright, just went and met the boss. Um, you know, it could be tomorrow but it will be within the week. Um, there’s, like, so as I said I got five boxes of sweets and five boxes of smoke. But there’s also another 30 boxes of smoke as well on top of that … I just went for a couple of pints with him then. Um, but he’s sound as f*ck, you know. A little bit oddball, like, he’s only been here … He’s English, though, not here, he’s not from here, though.

“And then it’s also gonna be a domino effect of my boys have all got to come and get it that night as well. But that’s, like, a business thing that you can’t really turn down because it’s, like, that’s how it has to work … just in general just within, like, two hours of me telling you that we’re good to go, I need to see you and just give it away, basically. Because so many grands’ worth of sh*t.”

This was clear evidence that the Class A and B drugs would have soon found their way to the streets of Jersey, had they not been intercepted.

Riley was also one of the first people in Jersey to be sentenced for the new offence of failing to provide the PIN of his phone to investigating officers.

In passing sentence, Commissioner Julian Clyde-Smith described the operation as an “audacious” attempt to smuggle drugs into the Island that was only foiled by the the most complex drug-related investigation ever undertaken by the Jersey authorities.

Its apparent link to another attempt to smuggle drugs into a much larger island on the other side of the world shows that Jersey - tiny in geography - features large on the map of ambitious and tenacious international drug traffickers.