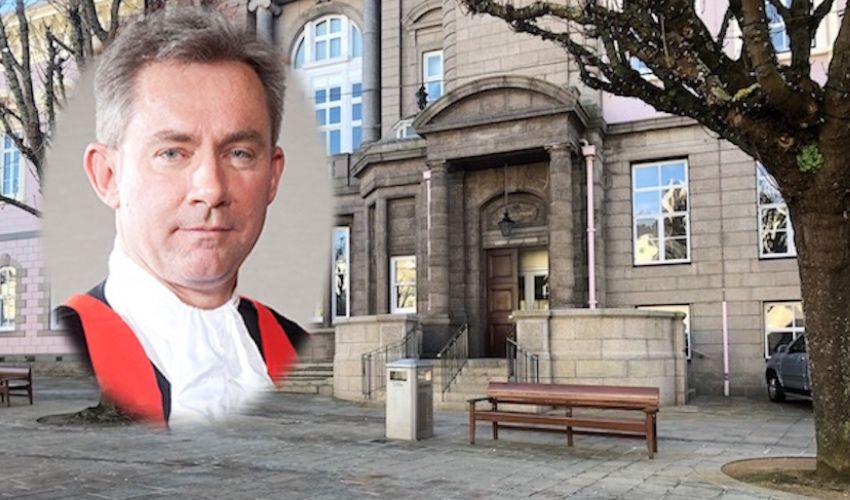 States Members will next week be voting on a piece of legislation which could be significant for the island's reputation globally.

They will vote on whether Jersey should introduce Deferred Prosecution Agreements – a way for businesses to avoid prosecution by coming clean about criminal conduct, and then coming up with an agreed way to right the wrongs it has committed, and admitted.

DPAs do not mean that a company gets off scot-free – not only is a financial penalty likely but also the courts may choose to reject the agreement and pursue a ‘traditional’ criminal prosecution.

Nor does it mean that a company’s reputation will not be damaged – DPAs are public documents so no business is anonymised - but the fact that an agreement can only come about by a business self-reporting itself to the Attorney General, and that there is a clear and agreed route to redemption, means that the public are likely to be more sympathetic.

Here, Express looks in more detail at what States Members are debating …

What is a Deferred Prosecution Agreement?

In short, it is a binding agreement that is entered into between an organisation and the Attorney General under the supervision and approval of the Royal Court.

Under a DPA, the AG would agree to suspend prosecution for an offence - usually an economic or corporate crime - for a defined period of time, and subject to specific conditions. It could also be potentially discontinued for good.

The DPA regime applies exclusively to corporate bodies, though it will usually relate to criminal acts of specific individuals in their capacity as representatives or officers of the organisation.

Provided that the entity complies with the terms of the agreement, it would cease to be of effect after its expiry date, and the AG must then stop proceedings in relation to the offence.

However, if the organisation is deemed by the Royal Court, on application by the AG, to be in breach of the DPA, the non-compliance would need to be remedied or the DPA might be terminated. This means a criminal prosecution could proceed.

The Royal Court would appoint a ‘Independent Monitor’ to check that the organisation is complying with the terms of its DPA. In the UK, it is often a consulting firm which acts as the court-appointed IM. Their fees are paid for by the organisation as a condition of the their DPA.

The type of criminal offending likely to be covered by a DPA includes fraud, bribery, corruption, incitement and procurement of criminal offences, and offences under the island’s Companies, Financial Services and Proceeds of Crime laws.

The problem with the current law is that a criminal act can only be attributed to a ‘legal person’, such as a company, where an actual person committing the offence can be said to represent the “directing mind and person” of the corporate body.

In other words, a corporate body can only be fined if the prosecution can prove beyond all reasonable doubt that an actual person committing the offence represented “the directing mind and will” of the legal entity.

This is known as the ‘Identification Doctrine’.

Overcoming that high hurdle has proved difficult for prosecutors around the British Isles overcome, as often a corporate criminal act is the product of a multitude of decisions, misjudgements, mistakes and mischief committed by many people.

Determining who constitutes the “directing mind and will” of a company is rarely clear and while there is consensus that the board of directors collectively can fulfil that role, there is no consensus on whether individual directors can meet that requirement.

In 2020, the English High Court judged that that neither the Chief Executive Officer nor the Group Chief Financial Officer of Barclays could be considered the directing mind and will of the bank, in a case relating to the 2008 financial crash.

It meant that no criminal liability could be attributed to Barclays, which meant that the high street bank ultimately could not be convicted.

How would it work in practice?

When a business discovers that criminal offences may have been committed within its organisation, it would approach the AG, providing evidence of the offence and inviting him to enter into DPA negotiations.

However, the AG is under no obligation to negotiate a DPA simply because an organisation has self-reported. He has to decide whether there is enough evidence and if it would be in the interests of justice to do so.

If the AG thinks there is enough evidence, he has to apply to the Royal Court for its approval of the agreement.

The Court will allow it if it considers that it is in the interests of justice and if it is a “fair, reasonable and proportionate” course of action.

The terms of an agreement will depend on the circumstances of each case, but they could involve the organisation paying a fine, paying compensation to victims, paying prosecution costs, making a donation to charity, handing over a portion of profits or perhaps its cooperation in prosecuting an individual or individuals, whose involvement has been deemed to cross the criminal threshold.

Standing up and admitting possible criminal activity is a big decision for any organisation but it may well be seen as the lessor of two evils, if it avoids a criminal prosecution.

The terms of the DPA will be published, along with the Royal Court’s reasons for giving it, so an organisation will not remain anonymous.

There is also a risk that the Court will not endorse the DPA and the submitted material could form the basis of a standard criminal prosecution. An organisation may also be deemed to have broken the terms of its agreement; in that case, self-reporting would be seen as an admission of wrong-doing.

But there are clear advantages to signing a DPA.

The impact on Jersey’s reputation

The proposition going through the Assembly makes it clear that the introduction of DPAs will put the island’s finance industry in more of a favourable light in the eyes of international inspectors, who are due to evaluate it next year.

One of the requirements of the ‘Financial Action Task Force’ is that jurisdictions must demonstrate that money laundering offences and activities are investigated, and offenders are prosecuted and subject to “effective, proportionate, and dissuasive” penalties.

DPAs are deemed to fit the bill because they provide an alternative mechanism to hold legal entities to account for situations where that might not be possible otherwise.

The challenges of attributing criminal liability to legal entities are not unique to Jersey and that is why the UK has introduced DPAs almost ten years ago and Guernsey is planning to do the same next year.

More detail in today's JEP... Click here to subscribe to the daily e-edition for as little as 39p per day...

You may cough to a plethora of offences & still get prosecuted!
I think it will be as successful as the aircraft registry!

Likely - Neither will get off the ground?
Posted by Glenn Cowie on Dec 19th, 2022
Yeah, good luck with this.
To place a comment please login Login »