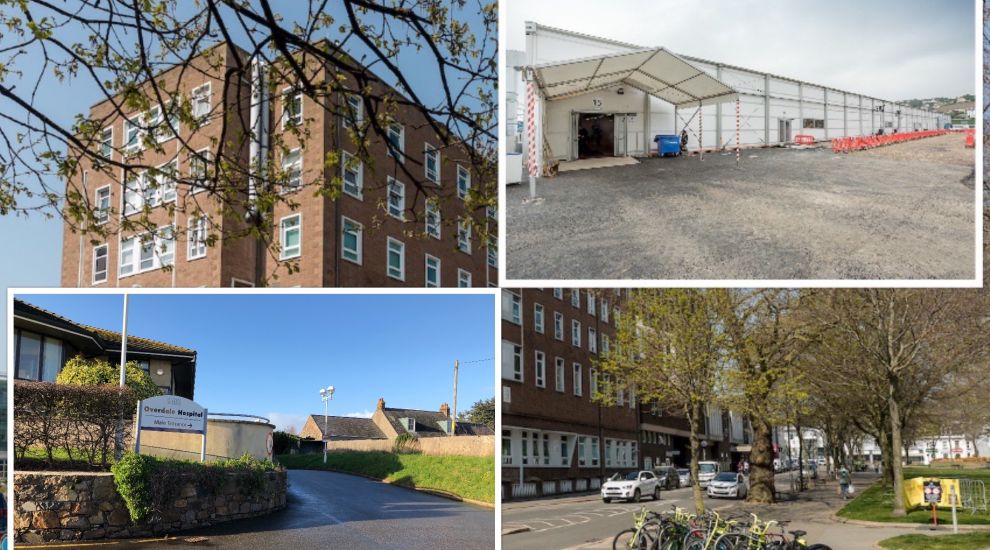 Amid confusion, frustration and even suggestions of cock-up and conspiracy over the final five sites listed for the future hospital, Express details exactly how they came to be on that list.

The long-awaited shortlist was revealed last Monday as being: St Andrew’s Park, People’s Park, Overdale, a group of fields in Five Oaks, and Millbrook Playing field plus farm land.

But, rather than being a moment of great clarity or relief, the release of the ‘final five’ was for many a source of confusion and frustration, as only one – Overdale, the Chief Minister’s long-rumoured favourite – appeared to be a truly viable option.

It wasn’t until days later that the full process was revealed in a report – the ‘Our Hospital Site Shortlisting Report’ – which was published, without fanfare, on the government's website late last week.

Here, Express digs into the detail of the process…

With States Members having finally thrown the previous Future Hospital project out last year – with a write-off cost of £27m – the Chief Minister put forward a new way of doing things. 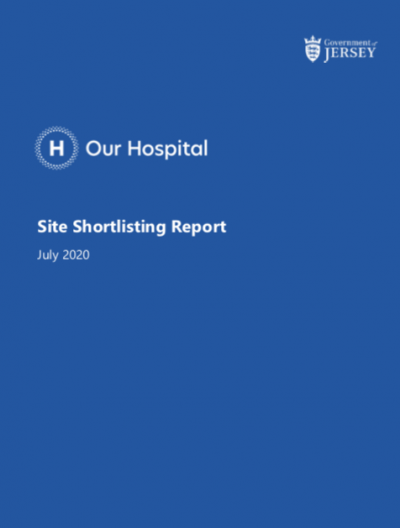 In essence, the ethos behind the freshly-named ‘Our Hospital’ project was that the net would be cast wider for sites, more clinicians would be involved in setting the criteria for what the facility would contain, and that there would be more engagement with islanders.

The process properly kicked into gear in December last year, starting with a public call for help in sourcing sites in case there were any the government’s own project team had missed.

From there, 82 were listed. Many were among those previously discussed, while others were more left-field, ranging from B&Q to Bellozanne, Pontins, FB Fields, La Collette, Elizabeth Harbour, Springfield, and even the luxurious estates of Government House and St John’s Manor. 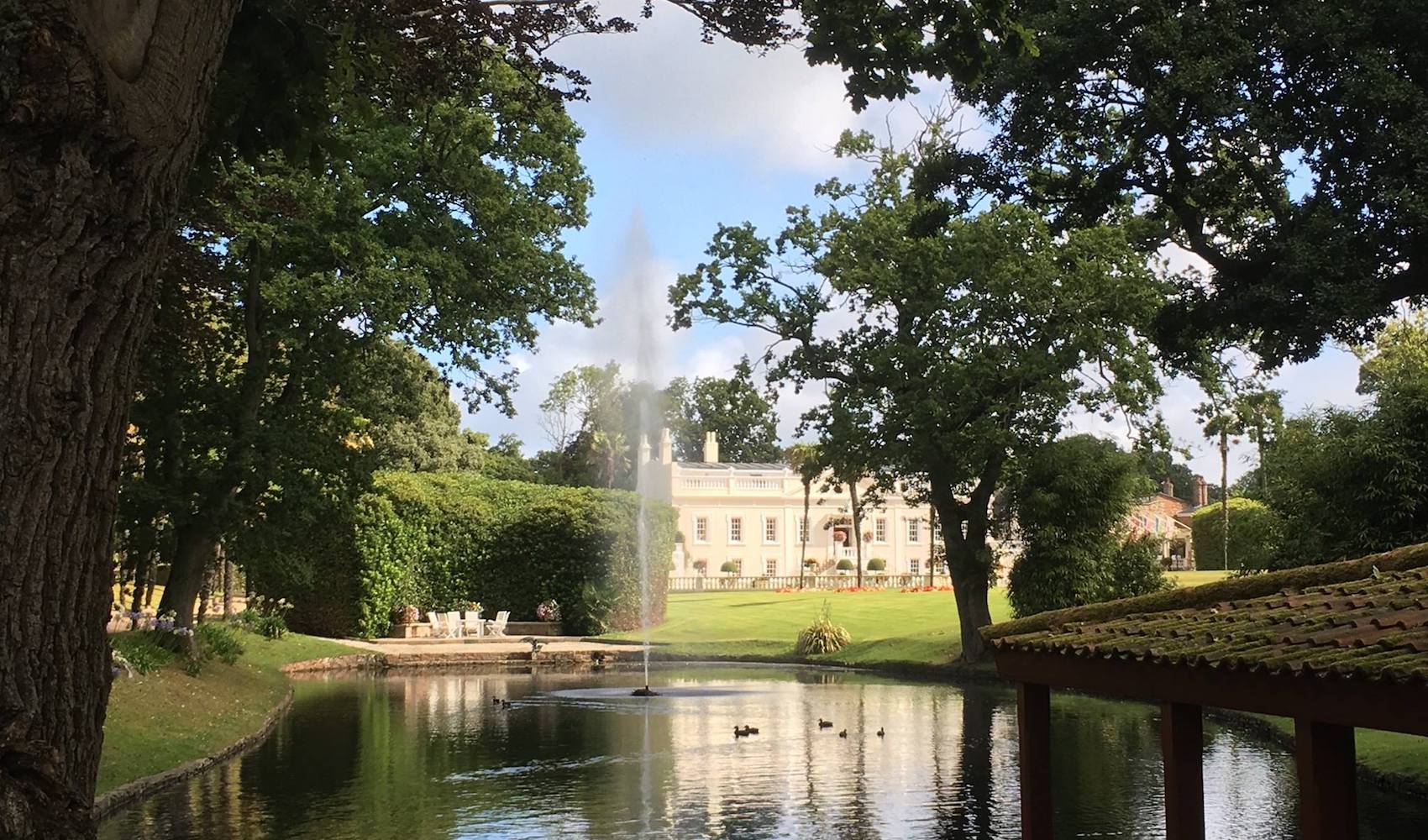 Pictured: St. John's Manor made the final list of 17.

Meanwhile, clinical experts got working on what services would be necessary to put in the new building to ensure the highest standards of care.

In addition to clinical areas, they decided that the ground floor should have: drop-off/pick-up points, a service yard for deliveries and dumping, admin space, and at least 800 parking spaces (for any site outside of the town centre).

Having reviewed what would be necessary to include in a new hospital, a team made up of Health Department workers, the Our Hospital Project Director and consultants from MJ Medical Health Planners came up with two options for how the new build could look:

There was, initially, a third option that would see mental health facilities, hospital supplies and an engineering unit placed outside of the main site, but it was decided that this was “not clinically palatable” and would be “too much of a dilution of the ambitions of the Jersey Care Model”.

Using the Option 1 and 2 criteria, the 82-strong longlist was whittled down to 39.

Figuring out a timetable for the new development came next.

With the current hospital suffering from a significant maintenance backlog, and the costs of repair steadily rising, it was decided that the island could wait no longer than 2026 for a new facility.

Any sites that couldn’t meet this deadline – either due to ownership issues or its existing use having to be relocated – were therefore thrown off the list. That took it down to 17.

As the name would suggest, the group was made up of a number of ‘everyday’ islanders – those without any connection or vested interest in the hospital project – and was touted as a way of ensuring that the people’s ‘voice’ be heard during the site selection process.

However, rather than actually choose from the list of 17, the group was simply tasked with coming up with a list of questions for another group made up of civil servants.

More than 100 people applied to be part of the group, whose membership was overseen by former Social Security Minister Francis Le Gresley. 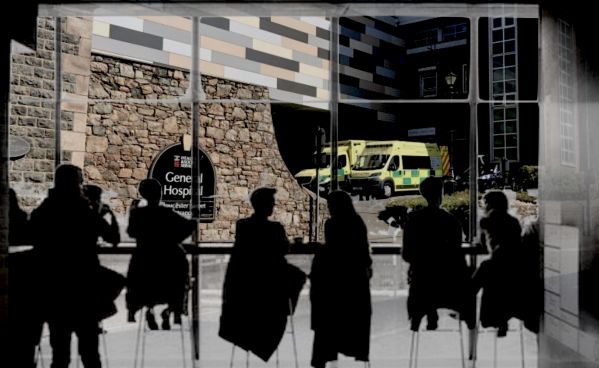 Pictured: The identities of the Citizens Panel members have been kept secret.

In the end, 17 people were chosen, and went on to attend four meetings where they – with the help of a UK advisor and some ‘Supplementary Planning Guidance’ (not policy at the time) issued by the Environment Minister – came up with more than 20 ‘test questions’ for the remaining sites.

These were varied, ranging from standard queries over each area’s green or brownfield status, to the ‘quietness’ of each location, whether they’d be accessible via bike, whether the site would pose an increased pollution risk, whether they were under the airport flightpath or if building on the site would lead to the loss of any historic assets.

The group chose to operate in complete secrecy, with all members having voted unanimously to keep their identities hidden as a way of avoiding coming under any “pressure”. However, even now, when their key bit of work is done, the names are still not to be released.

The only information about them provided by government is that there were roughly equal numbers of males and females, 20% were over 65, 10% were under 25 and 10% from a “mainland Europe background”.

Those questions then got passed on to a new group: the ‘Site Shortlisting Panel’.

This included the Health Director General Caroline Landon, Our Hospital Clinical Director Professor Ashok Handa, Our Hospital Interim Project Director Richard Bannister, the government’s Chief of Staff Catherine Madden, the Director of Natural Environmment Willie Peggie, and advisers from across Highways and Infrastructure, Town Planning, and Hospital Planning, Architecture and Design. Express has asked for the full list of names and is awaiting a response.

That group then applied a traffic light-style system – a technique modelled on HM Treasury Green Book Guidance – to answer the questions in relation to each of the 17 shortlisted sites.

The technique involves marking something ‘green’ if it fully meets the criteria, ‘amber’ if it could meet the criteria with mitigation and ‘red’ if it fails the criteria.

Using that, they were then able to create a ‘matrix’ (a table) showing the 17 sites alongside their traffic light responses to see how each compared, and subsequently decided that five were most able to meet the Citizens’ Panel criteria.

CLICK TO ENLARGE: The key matrix in the site selection report.

But what is not clear is exactly why some of the sites that appeared to compare more favourably were taken off the list.

According to analysis by Express, had the Selection Panel looked at only the sites with the most green and amber ratings, People’s Park would have come out top, followed by Five Oaks and St Andrew’s Park equal second, and then equal third for Millbrook, Overdale, Rondels Farm Shop, fields by St. Saviour’s School and Tamba Park.

If a higher weighting is applied to those with more ‘green’ choices, then the rankings would look different again.

If green were to score three points, amber two and red one, then the list would be:

An appendix to the Site Shortlist Report offers a limited explanation as to why some of the higher ranking sites were thrown out – that the Selection Panel deemed many of these locations “difficult and unsustainable” and that “the impact of the building on the character of the area would be harmful”.

With this in mind, the particular inclusion of St. Andrew’s Park –the site of a church and historic dolmen – and Millbrook – which faces the sea – seem particularly at odds with this logic.

Express will be continuing to scrutinise the hospital site selection process as it develops. Keep following for updates…

Opinion - Were the Citizens' Panel listened to?

Posted by Scott Mills on Jul 21st, 2020
any news on Fort Regent being developed instead of £300k every year since it opened, being pumped into aqua splash coffers from public purse? wonder how much of that goes into the owner's pocket? I wonder where he works
Posted by Jen Ekedahl on Jul 21st, 2020
Five Oaks and / or opposite St Saviour school cannot possible be suitable due to the traffic problems we already have in these areas. Good luck to anyone trying to get to hospital during term time at circa 8am or 3pm; its just gridlocked.
Posted by nigel pearce on Jul 21st, 2020
Pick four sites that are unsuitable plus the CM's preferred option. They must think we are daft!
Posted by Keith Marsh on Jul 21st, 2020
Here we go again ! Peoples Park has been crossed off once and MUST NOT be built on. In fact all Parks and Playing Fields SHOULD have been deleted from the choices available to the panel. The whole process has been badly managed, it has cost far too much money already, and those responsible including The Chief Minister, should resign ~ If the States were a Limited Company they would have been fired by now.
Posted by Paul Troalic on Jul 21st, 2020
Thank you Bailiwick Expeess for this expose. What a great job they have done in exposing the inadequacies of both the system of selection of the public candidates and the final shortlist.
Of course the States Assembly will deny all responsibility for the decision and this is exactly what they had in mind when they put the problem in the public’s hands.
Regarding the composition of the public panel, what on earth do most 25 year olds care about the new site or about politics in general. And where were the people who are of ‘European background’ cone from? Do they even live in the Island?
The whole thing is a complete farce.
This government must resign as they are unfit for purpose.
Public confidence is now completely lost in them.
Posted by Ann Esterson on Jul 22nd, 2020
The process seems deeply flawed. The outcome lacks any understanding of the priceless community value of all Island parks, indeed any common sense. It is also quite extraordinary that cost is not mentioned once, not even on the criteria list. As I understand the funding proposals, we are planning to increase the Islands debt which will have a great impact on current and future generations. So any proposed site should show the likely cost of development. I’m also confused about the appointment of developers at this early stage and the lack of any competitive tendering.
Posted by Jon Jon on Jul 22nd, 2020
I havn’t spoken to one person yet who thinks overdale is the correct area to build a hospital.A blank canvass is needed,look how quickly Le Quenvais school was built ,that’s exactly what’s needed for this hospital,and costs have to come in to it.
Posted by Sidi Smith on Sep 3rd, 2020
So People's Park came out as the most suitable option. What a pity we didn't get on with the original plan with stunning architecture.
To place a comment please login Login »