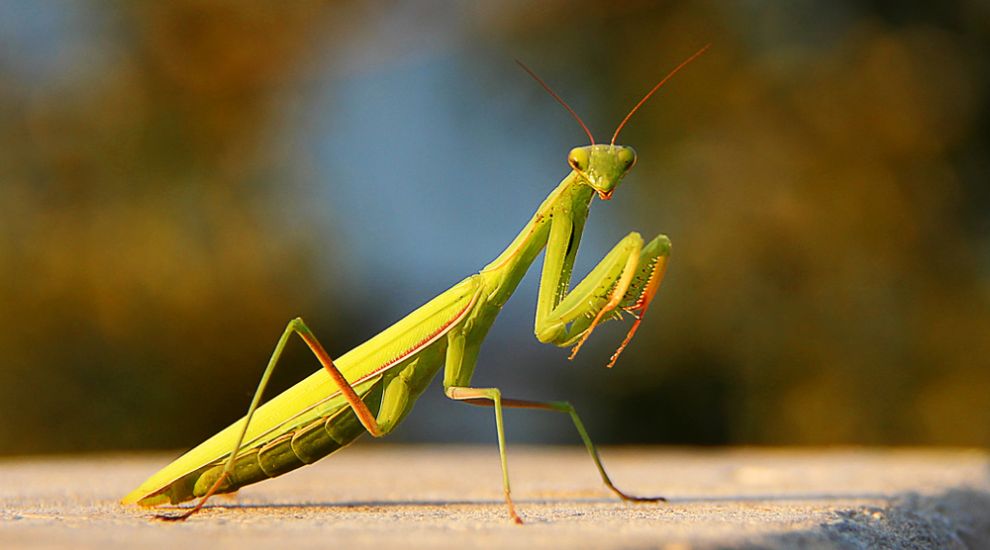 In your garden... outside the pub... in a football locker room... Praying mantises have been popping up in surprising locations across Jersey and Guernsey recently - but islanders are being reassured there's no need to lose their head if they see one.

One islander took to social media after spotting a praying mantis “about 20 metres up the road from Chambers” on Saturday, while another said she had found a “sadly dead” one in her garden.

Joe Gallez posted a photo of the insect in the Guernsey Wildlife page asking if anyone could identify it after getting the shock of his life.

"I was sat in Bels football club changing rooms on Monday getting ready for a game and it [the praying mantis] just flew into me, which made me jump and shout a few choice words," said Mr Le Gallez.

"I'd never seen anything like that and said it looked like a praying mantis to the other guys, but they took the micky a bit. I took a quick photo, picked it up and let it fly out the window."

After the sighting, local insect experts have said they wouldn't be surprised to see more praying mantises - specifically, the European praying mantis - around the Channel Islands.

Despite not being native to the Channel Islands, the species has been "moving northward", according to the States of Guernsey's Agriculture Countryside and Land Management Services team (ACLMS). 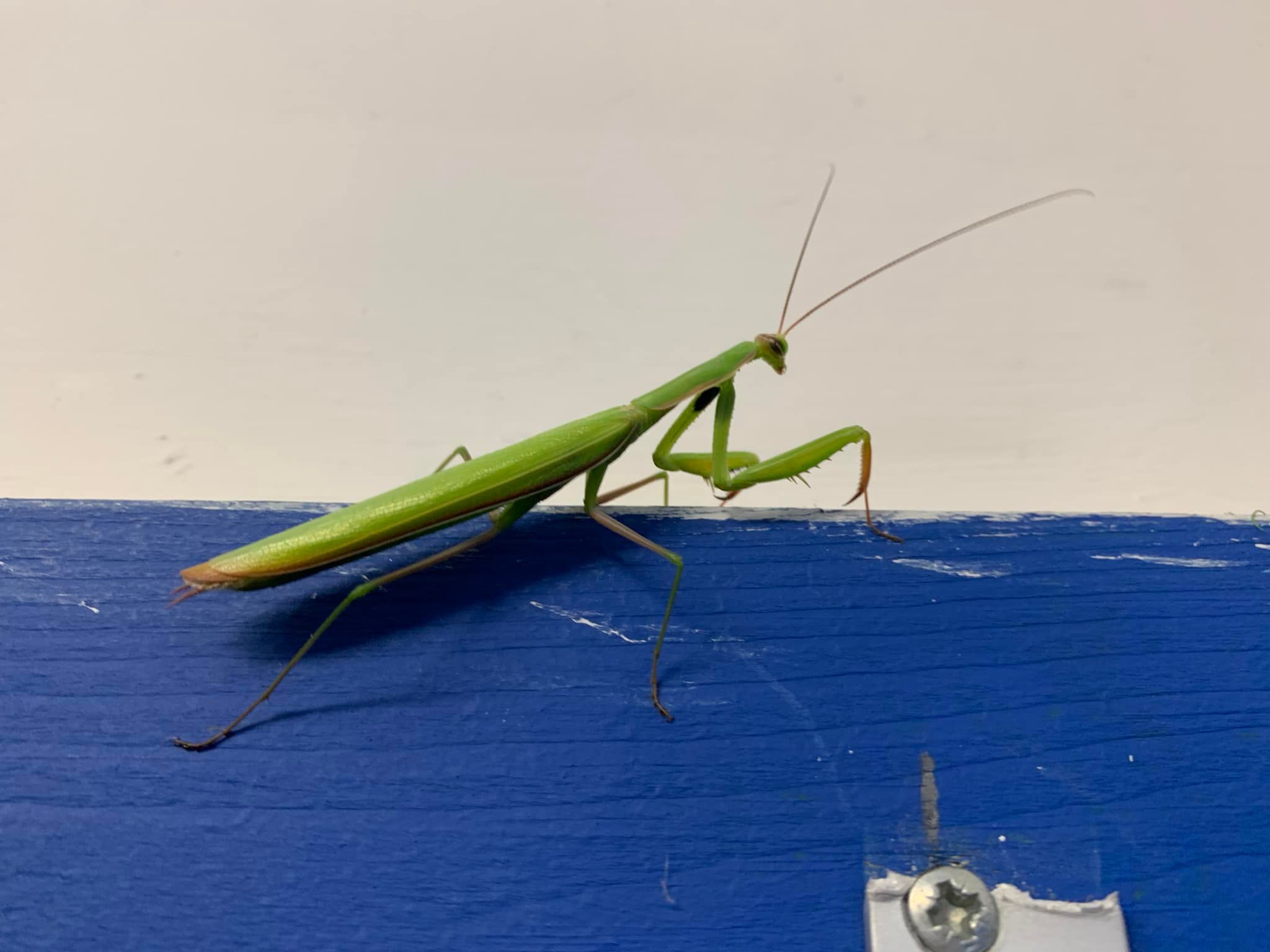 Pictured: The praying mantis that Joe Le Gallez spotted is likely to have flown in to the island from France. (Joe Le Gallez.)

Guernsey's Pollinator Project Co-founder, Barry Wells, said it was likely the insect had flown in from France on southeasterly winds.

"If this was a one-off sighting then it might be possible that one came in on a plant or a vehicle but combined with the recent three or four sightings in Jersey, it is more likely they have flown over from France," he said.

"The effects of climate change have seen insects and bird species moving north more and more commonly. A prominent example of this were the Bee-eater bird species, usually found in Asia, have been found in Norfolk." 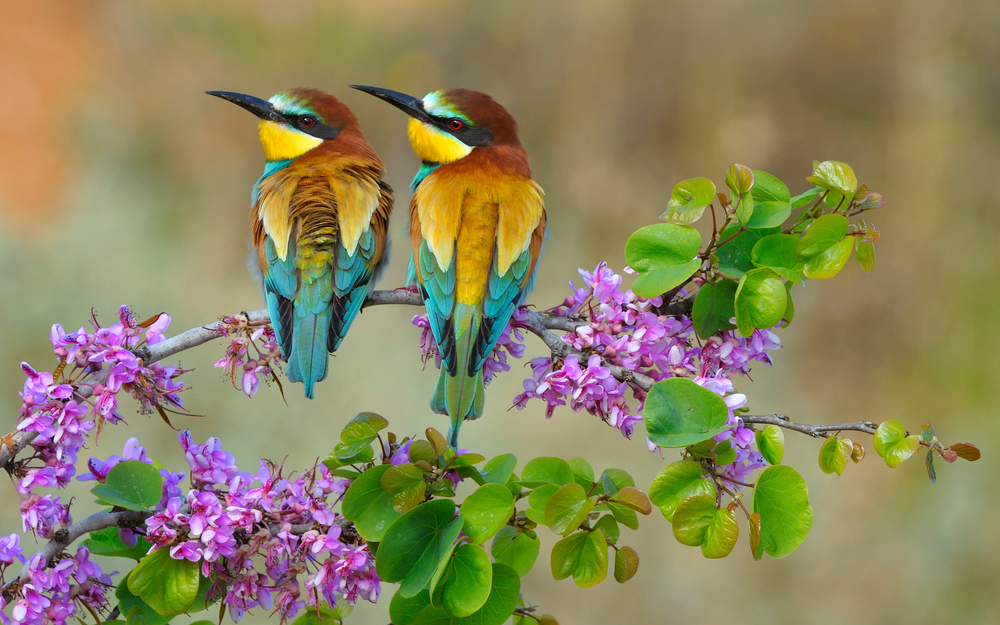 Pictured: Colourful Bee-eater birds, native to Africa and Asia, have taken up residence in Norfolk this year.

ACLMS agreed with Mr Wells, saying: "The range of this species has been moving northward for a while due to the changing climate and it can be found as far north as Poland.

"The species itself is widespread and is found in Europe, Asia and Africa within its natural range and North America as an introduced species."

Jersey-based expert insect ecologies, Piers Sangan, said it was unclear whether a breeding population of praying mantis had been "established in the island, if it is natural dispersal from France alone or if it is a mix of dispersed individuals and potentially escaped pets". 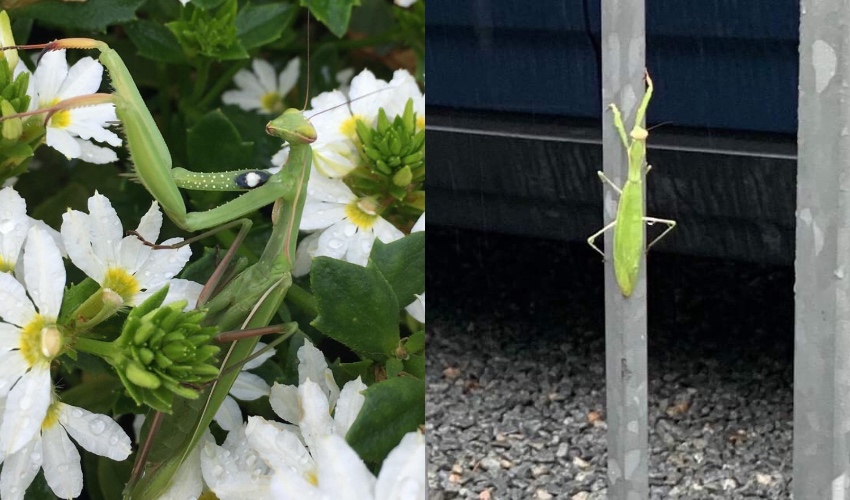 Pictured: Colin Falla found a male giant African mantis in 2020, which he caught and gave to the Accidental Zoo. (Credit: Colin Falla.)

"Given the timing of the sightings [across the Channel Islands] and that these have all been of the same species it does appear more likely that we could be seeing a natural shifting population line of the species resulting from the warming climate," said Mr Sangan.

ACLMS said it was not able to confirm how many previous records of the insect had been recorded in Guernsey.

"Speaking to colleagues in Jersey Natural Environment team, they have also had reports of three European praying mantis arriving in Jersey this week," the group explained. 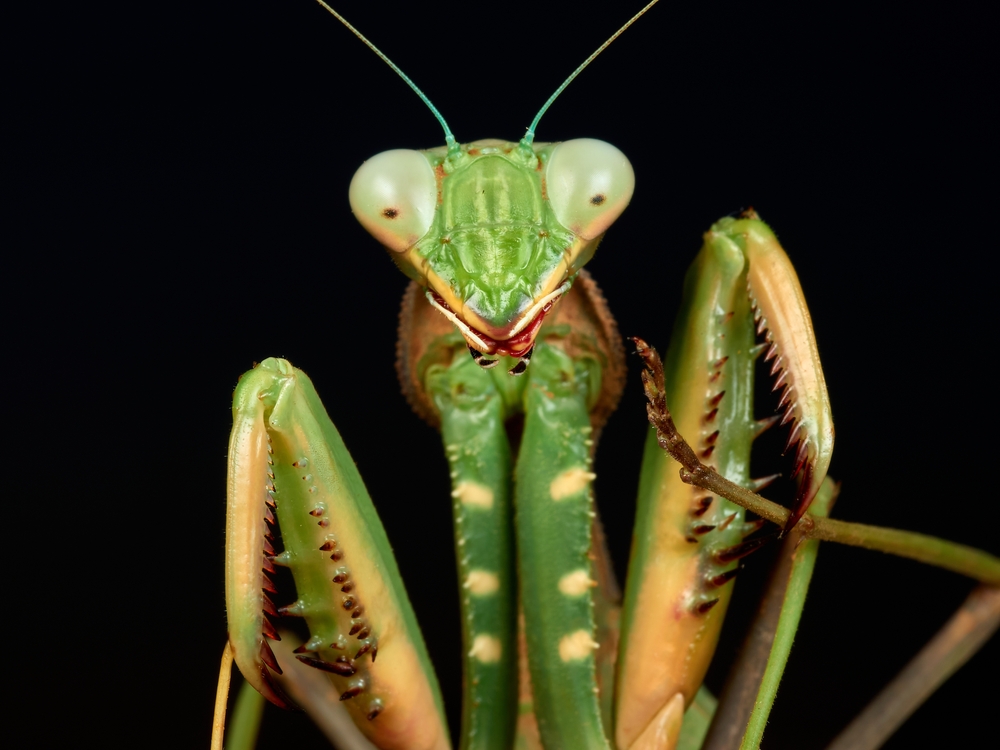 Pictured: The praying mantis ambushes its prey with specially adapted forearms. It eats other insects and is also known to be cannibalistic, with females sometimes biting off their partner's head for nourishment after mating.

"One was found on a boat, while the others were presumed to have flown in as they were on the east side of Jersey. The winds were light easterly on Tuesday which would facilitate any migrating insects.

"Incidentally, a cicada was also found in Jersey. The arrival of these unusual species of insects from mainland Europe is likely to be assisted by warm dry summer weather experienced this year."

Guernseyman Colin Falla found a praying mantis in the island in 2020, which was identified as a male giant African mantis by the Accidental Zoo.

"I was extremely surprised to find one I am equally surprised to see that another one has been found because they are not native to the island," said Mr Falla. 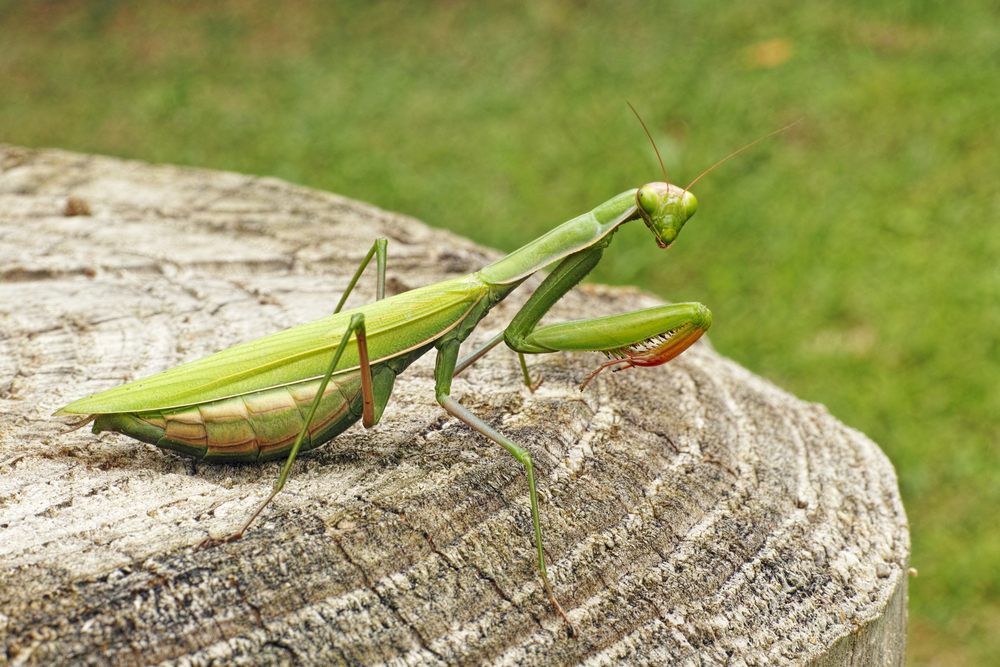 "I am a grower and nurseryman at Southbrook Nurseries and was tending to window boxes at my wife's work when I found it. I have no idea how it came to be there.

"At the time, Raymond from the Accidental Zoo said that the one I found was a male giant African mantis that would not have been able to survive in the wild here because they need 25-30 degree heat and 50-60% humidity."

Mr Wells, ACLMS and Mr Sangan agreed that migrating praying mantis were unlikely to have a detrimental impact on the Channel Islands' native species.

"Praying mantis ambush insects with their specially adapted forearms so they would have some impact locally if their numbers were to increase. The simple answer is we don't know for certain, but it is believed it should have a very little negative impact as it has a very generalist diet and is also food for a lot of other species, as well as being cannibalistic," said ACLMS.

"An important distinction needs to be made between natural colonisers and non-native, invasive species. Invasive non-native species are those unwelcome plants and animals which have been accidentally introduced as stowaways on ships, containers, vehicles, etc or released/escaped into an area where they are not found. An invasive species will have a significant impact on native biodiversity, economic costs or public health, for example Asian hornets." 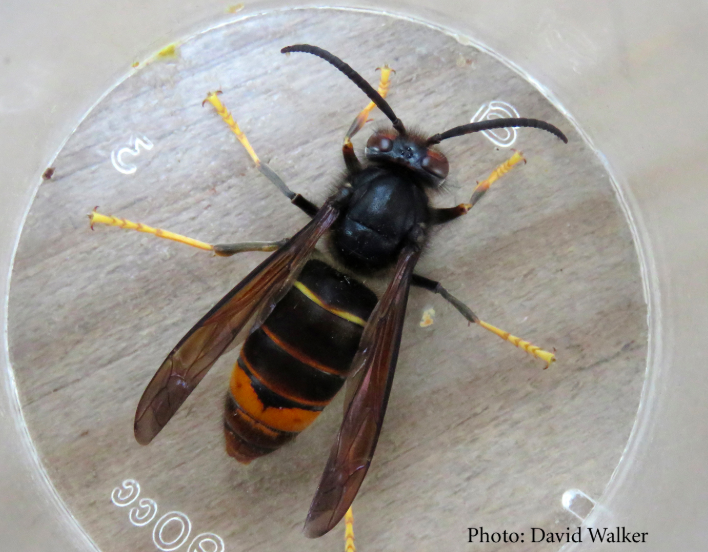 Pictured: The Asian hornet is an example of a non-native, invasive species in the Channel Islands.

Mr Wells said that the insects were likely to be able to survive in the island: "If there is more than one, then they are likely to breed, however they usually die at the end of the year. They shouldn't cause a problem for local wildlife; it is quite common for different insects and birds to establish themselves here."

ACLMS said that it was not clear from sporadic records from Jersey in 2003 and 2020 whether any mantis survived over the winter. "Not all natural colonisation events are successful, particularly for a species at the edge of it's climate range," it said.

Mr Sangan added: "European praying mantis are one of the species that was likely to arrive at some point with our shifting climate."

What to do if you find a praying mantis

ACLMS has urged islanders not to disturb the insect if they find one.

"Take a photo, record when and where you saw it and inform the Guernsey Biological Records Centre. You should not take it to the GSPCA unless you suspect something is an escaped or found exotic pet," it said. 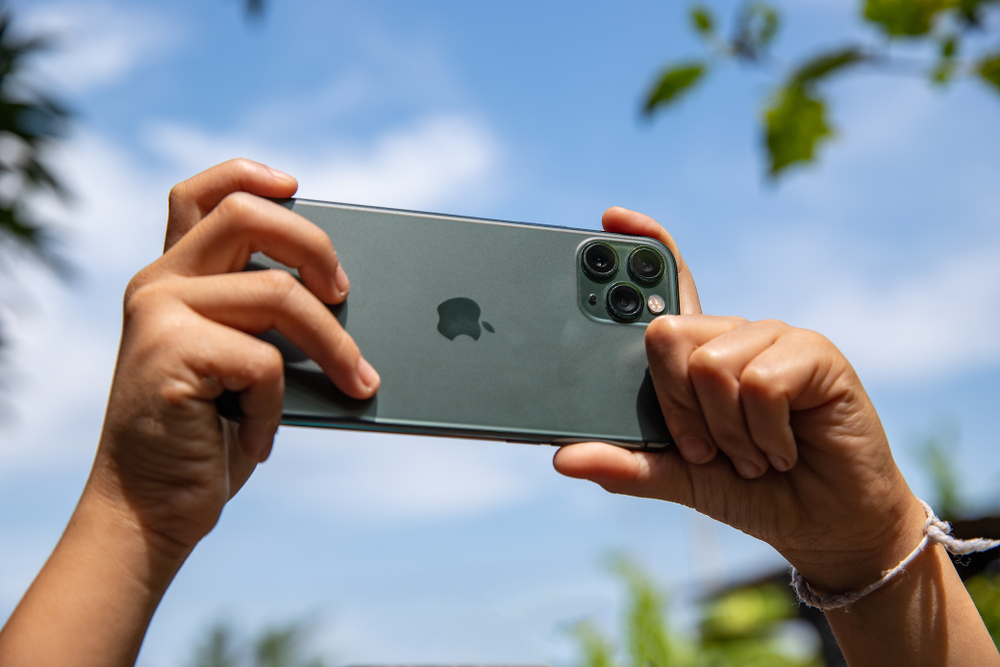 Pictured: ACLMS has urged islanders to take a photo of any praying mantis, but not to disturb the insect.

The group continued: "Praying mantises are unlikely to hurt humans, they have no venom and cannot sting. Nor do they carry any infectious diseases.

"However, there are some species of praying mantis and lots of other insects, that are not native to Europe, which are invasive such as the Chinese mantis, which will pose a threat to Guernsey's wildlife, so it is important for people to report anything new to ACLMS so that it can be properly identified."

In Jersey, islanders can share their insect and wildlife sightings with the Jersey Biodiversity Centre.