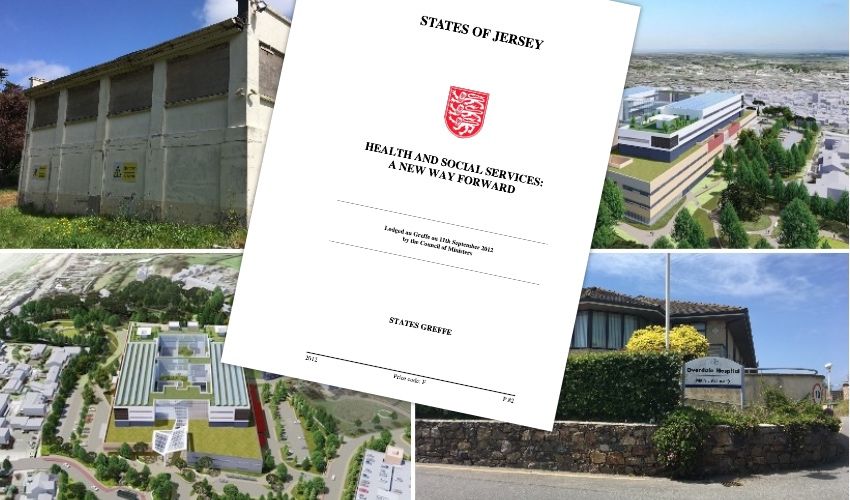 This year marks the tenth anniversary of a key document that some might argue laid the foundations of the Our Hospital project and the Jersey Care Model.

Others, however, could argue that it initiated a decade of indecision, inaction and a proliferation of rabbit holes.

As we anticipate the decision on the £800m proposed 'health campus' at Overdale, Express looks into the first paving stone on the road to where we are now...

It also established a case for a new hospital and a new way of funding healthcare.

The report concluded that if changes to health and social care were not introduced in the next three years, there was “a real possibility that funding will not be sufficient to provide the range of services that islanders deserve”. 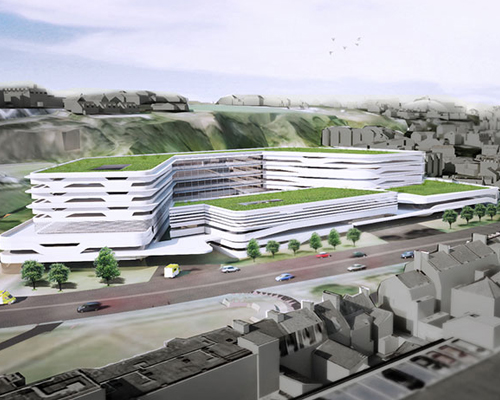 Pictured: Though the People's Park was only ever shortlisted during the project's evolution, it was at one point considered “the best-performing short-listed option in relation to clinical efficiency.”

It added: “This will mean that either services will need to be rationed or closed, taxation will need to increase, islanders will have to pay for services as they use them or mandatory health insurance will be required. None of these options will be palatable for Islanders – especially those who have paid tax and social security contributions their whole lives.”

Crucially, ‘A New Way Forward’ envisaged that proposals for a new hospital would be brought to the Assembly by the end of 2014 and a new facility, costing in the region of £389 – £431 million, would be open by 2021.

It also planned for more care provided in the community, support to allow islanders to live more independently and new relationship between the Government and primary care. 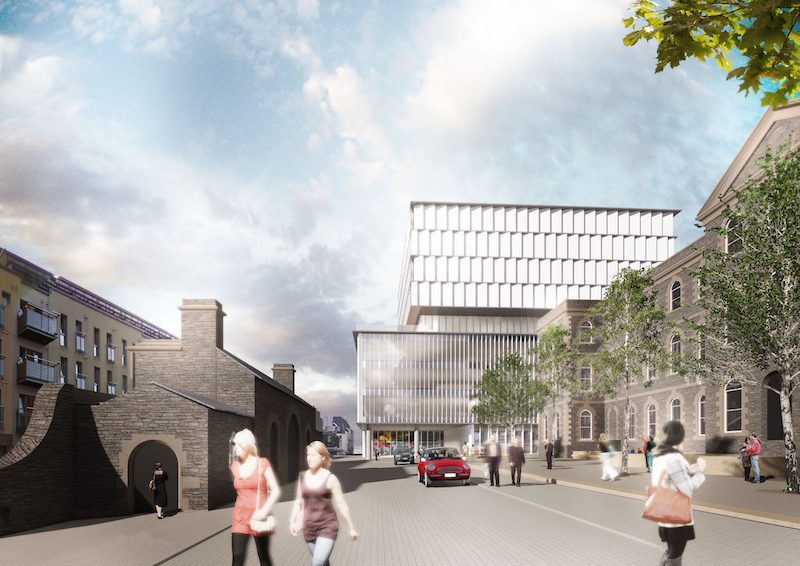 Pictured: Designed by Hassel, the plans for the new hospital to be built on the current site at Gloucester Street were submitted in 2017.

“Only by acting now can Jersey make preparations for a safe, sustainable and affordable health and social care system in the coming years. Countries facing the same challenges as Jersey have already begun to consider this. Strategic investment is urgently required, before the pressures start to impact on the safety of services; we cannot delay any longer,” the report said.

Doing nothing was not an option, it concluded.

It was envisaged that a “new model of primary care” could be delivered by the end of September 2014.

The report also found: “The hospital has developed over many years, and as a result, some departments are not ideally located. This can lead to inefficiencies in the way care is delivered, for example due to the distance between areas that should work closely together.

It also identified pressures in mental health and children’s services. Public views contained in a 2011 ‘green paper’ called ‘Caring for each other, Caring for ourselves’ overwhelmingly backed a redesign of health and social services.

The vast majority of people (90%) agreed that “Instead of going to a hospital doctor or GP, I would be happy to be seen by a nurse, a pharmacist or other care professional, for appropriate minor procedures such as measuring blood pressure or monitoring my diabetes.”

In 2016, the People’s Park was put forward as the cheapest site for a new hospital but was met with fierce opposition by those against it, including the Constable of St. Helier. More than 1,400 people signed a petition to remove it from a shortlist of Gloucester Street, the Parade, Overdale and the Waterfront.

The new hospital journey between then and now has been well-documented but involved two planning inquiry rejections, and subsequent application refusals, to build on the current site. Then, after the 2018 election, the current Government decided to wipe the slate clean and start a new selection process, which ultimately led to Overdale being chosen as the preferred site at a cost of £804.5m, around double the 2012 estimate.

When it comes to the reform of healthcare, the Government met resistance from the primary care sector, who raised concerns about funding and the potential for other health professionals, such as nurses, to provide care that islanders had traditionally gone to their GP for.

The process was also a victim of the natural political cycle, with elections in 2014 and 2018 disrupting the flow of long-term decisions.

Today, the island awaits the decision of the third hospital planning inquiry in four years.

In parallel, the Assembly approved a new vision for healthcare, the Jersey Care Model, in November 2020, which seeks to achieve many of the original aims of a ‘New Way Forward’, not least preparing the island for rising numbers of aging patients and costs.

It also is striving to develop a new relationship between Health and the primary care sector through consultation, which includes the formation of various groups and forums, and a phased implementation.

The five-year plan will end in 2026, when the new hospital is also due to open, depending on whether planning permission is granted following next week’s recommendation to the Environment Minister.

Posted by Jean Lelliott on May 16th, 2022
Zero ten was introduced in 2009. We had plenty of money to pay for things before that came in to play. Scrap zero ten and re-evaluate everything. The current course of action cannot possibly work but the Government continues on a road to disaster without re-evaluating anything. Such arrogance will be the downfall of Jersey.
Posted by Keith Marsh on May 17th, 2022
I really don't know why we bother.
Millions of words have ben written about Jersey Health Model and our New Hospital,
this Government has spent millions of pounds, getting nowhere.
It is time to BUILD our hospital ~ NOW
To place a comment please login Login »