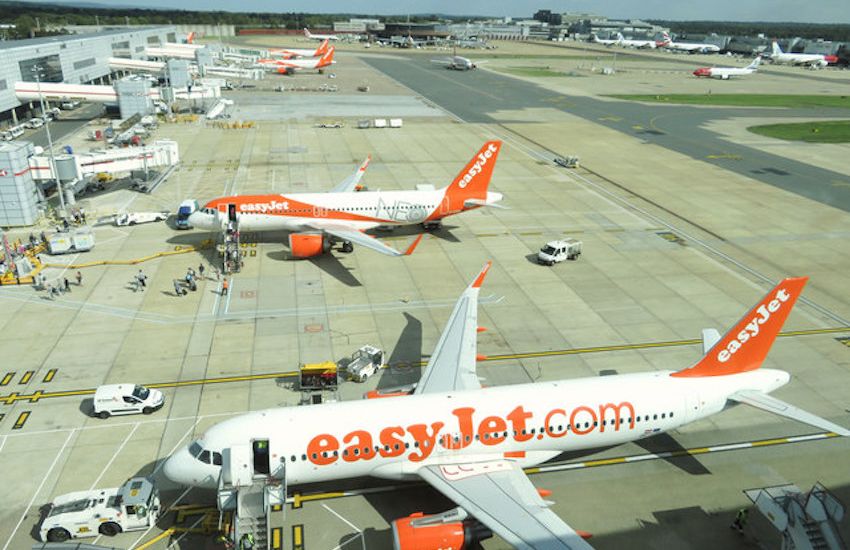 Officials are pinning hopes on easyJet and BA to return to Jersey, as the island struggles to entice hard-hit airlines back to restore its connectivity to major UK destinations.

Jersey Airport was due to link up with around 30 destinations this summer, but is now reliant on just two 'lifeline' routes to Gatwick and Southampton operated by Blue Islands.

With airlines struggling with cash flow as a result of the pandemic's devastating effect on travel, with Flybe being a significant and early casualty, hopes of restoring the connectivity islanders previously enjoyed hang in the balance, with Visit Jersey and Ports of Jersey targeting BA and easyJet in particular for a return.

BA is currently exploring a link to Gatwick or Heathrow, while easyJet is considering returning with three routes: Gatwick, Bristol and Edinburgh. 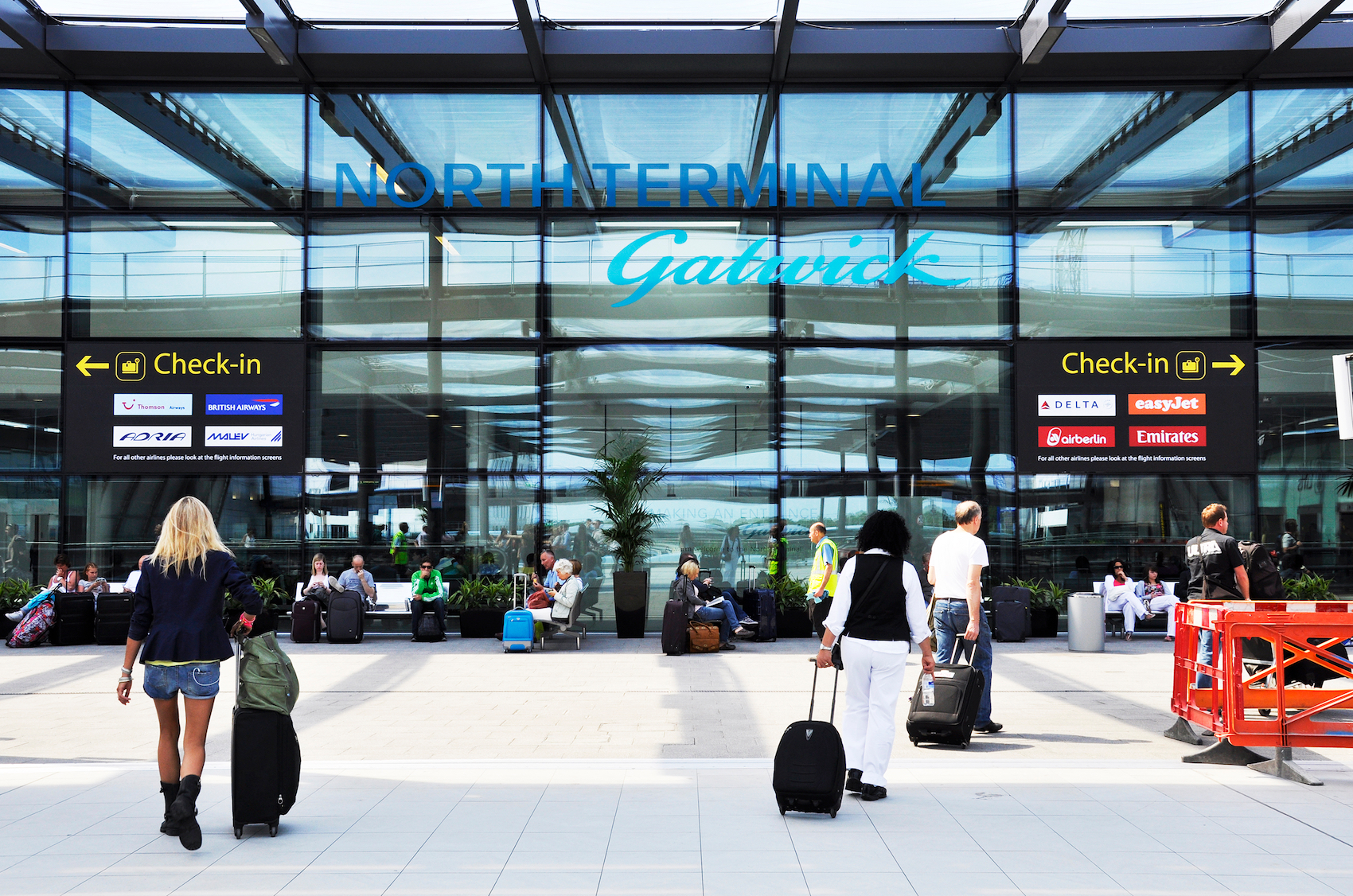 Pictured: BA may opt to fly to Heathrow, rather than Gatwick (above) where it has traditionally flown.

Loganair, Jet2, Eurowings, FlyDirect, Lufthansa, Estrela Travel and Blue Islands were also all due to provide flights this summer, but they are yet to confirm whether they will provide these routes in future. Ministers were due to discuss the provision of financial support to the latter, which provides the 'lifeline' UK link at the moment as part of a £330k contract, this morning.

News of Ports' focus on attracting back easyJet and BA emerged in the minutes of a meeting of the Tourism Recovery Task Force – a group of key industry representatives working to ensure the industry can weather the challenges of the covid-19 pandemic.

In the minutes, Visit Jersey head Keith Beecham expressed scepticism that either airline would be returning to Jersey in the immediate future. 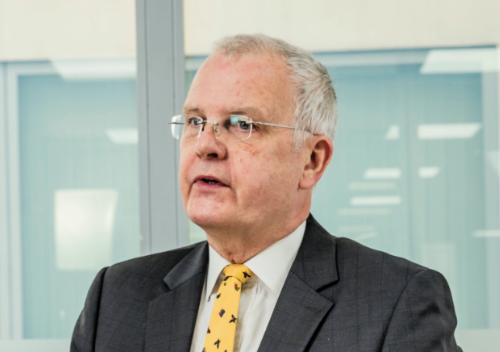 He said that Visit Jersey had offered route marketing funds and ideas to support Ports of Jersey in attracting BA and easyJet back to Jersey, but noted that any marketing would be wasteful without connectivity.

Meanwhile, Eurowings, which operates a flight schedule from Dusseldorf and Stuttgart was reported to be looking at launching in Jersey later in the year.

A key hurdle in attracting airlines back has been the 14-day quarantine period for arrivals to the island. The UK has imposed the same rule, which has resulted in multiple airlines launching legal challenges.

However, Jersey’s government recently introduced a trial programme for testing passengers for covid-19 as they arrive at the airport.

They will have to self-isolate for 48 hours as they await their test result, but will be given written permission to leave isolation if their result is negative.

Speaking at a recent Scrutiny hearing, Economic Development Minister Senator Lyndon Farnham suggested that the trial had been successful so far but that scaling up the programme would be a “big challenge”.

Deputy Jeremy Maçon has put forward proposals, which, if approved in a States Assembly vote, would see passengers asked to get a covid-19 test in advance of travelling to the island.

However, as Assistant Economic Development Minister Deputy Montfort Tadier pointed out, a question mark hangs over who would fund the tests – Jersey’s government, the travellers themselves or the airlines.

The proposals also ask that any lifting of restrictions on travel are first approved by politicians, rather than implemented solely by Ministers.

Senator Farnham said that the Assistant Treasury Minister, Senator Ian Gorst, had met with Deputy Maçon to discuss the idea and whether a compromise might be reached.

Elsewhere in the hearing, Senator Farnham explained that the industry is facing “three winters in a row”, pledging that the government would do all it can to support the struggling sector. 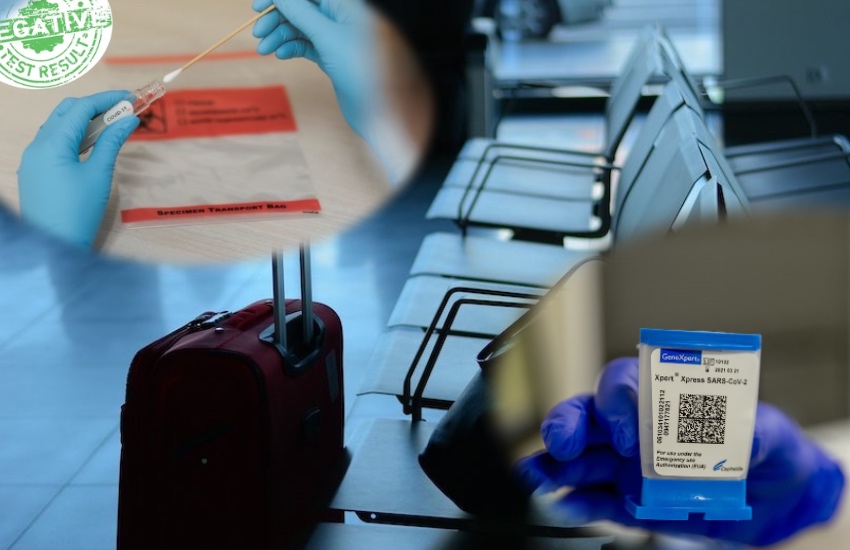 Pictured: Deputy Jeremy Maçon has put forward a plan to get travellers tested before they come to the island.

Challenged by Scrutineer Senator Kristina Moore on what funding was available for stimulating air travel, he said around £500,000 had been set aside for the development of the island’s air links in the Government Plan. This money, he said, was primarily aimed at stimulating business in the winter months to increase the industry’s productivity.

However, Senator Farnham said that work has been put “on hold” until there is more certainty about how and when airlines will relaunch.

He also said he understood that some islanders – some of whom had contacted him via email – were “starting to get a little bit stir crazy, and want to get off the island to see friends, loved ones, just to get a break”.

Senator Moore said that she was aware of some individuals seeking legal advice on how the government can persist in keeping them “locked” in the island.

Senator Farnham replied that testing would be the solution to this, adding that the government is keen to get airlines flying again as soon as possible, but in a way that does “not undermine the very good position we are in with containment of the virus”.

Beyond concerns about the impact of being unable to travel on islanders’ wellbeing, airlines failing to reopen many routes locally would have a huge knock-on impact for Ports of Jersey revenue, which underpins the Future Airport project.

Work started on the £42m scheme – which itself aimed to be a draw for airlines to enhance connectivity – this year, but the development is currently on hold.

In light of this, Deputy Russell Labey taken the opportunity to bring a proposition to the States Assembly to ask that the entire £42m scheme is reviewed for its feasibility.

He also asks the government seek commitments from Ports of Jersey that the historic 1937 Terminal – whose demolition had begun but has now been held up by the pandemic – will not be knocked down until a decision on the Future Airport project is made.

Video: A concept video showing the departures process in the Future Aiport scheme. (Ports of Jersey/YouTube)

In a report accompanying his proposals, he explains: “The Coronavirus pandemic has brought the world’s airline industry to its knees. Some airlines, including one of the largest operating to Jersey, have gone out of business. Others, including British Airways and easyJet have laid off staff and closed bases. Normal commercial flying operations at Jersey Airport ceased almost three months ago.

“In that time three things have happened. First, Ports of Jersey has lost revenue from landing fees and Air Passenger Duty, a situation that is likely to continue into this summer. Secondly, the loss of airlines such as Flybe has created uncertainty about which routes will be served from Jersey in the future and who will operate them. Thirdly, aviation experts have started to discuss the way in which existing airports, and those to be built in the future, will work given the constraints imposed by this pandemic and any similar events in the years ahead.

“So, it is surprising that we have heard almost nothing from Ports of Jersey, a company wholly-owned by the Government of Jersey, about whether their planned £42 million redevelopment of the Airport will be fit for purpose or, indeed, given the unknown longterm effect on passenger numbers, financially viable. It may be that the regeneration of the Airport becomes an important part of any economic stimulus but it cannot be right that the Board of Ports of Jersey should plough ahead with a scheme designed in a pre-pandemic world without taking full account of the changed aviation landscape. So, it is disappointing that the Chairman of the Board has not given any public clarity on its position or the action it is taking.” 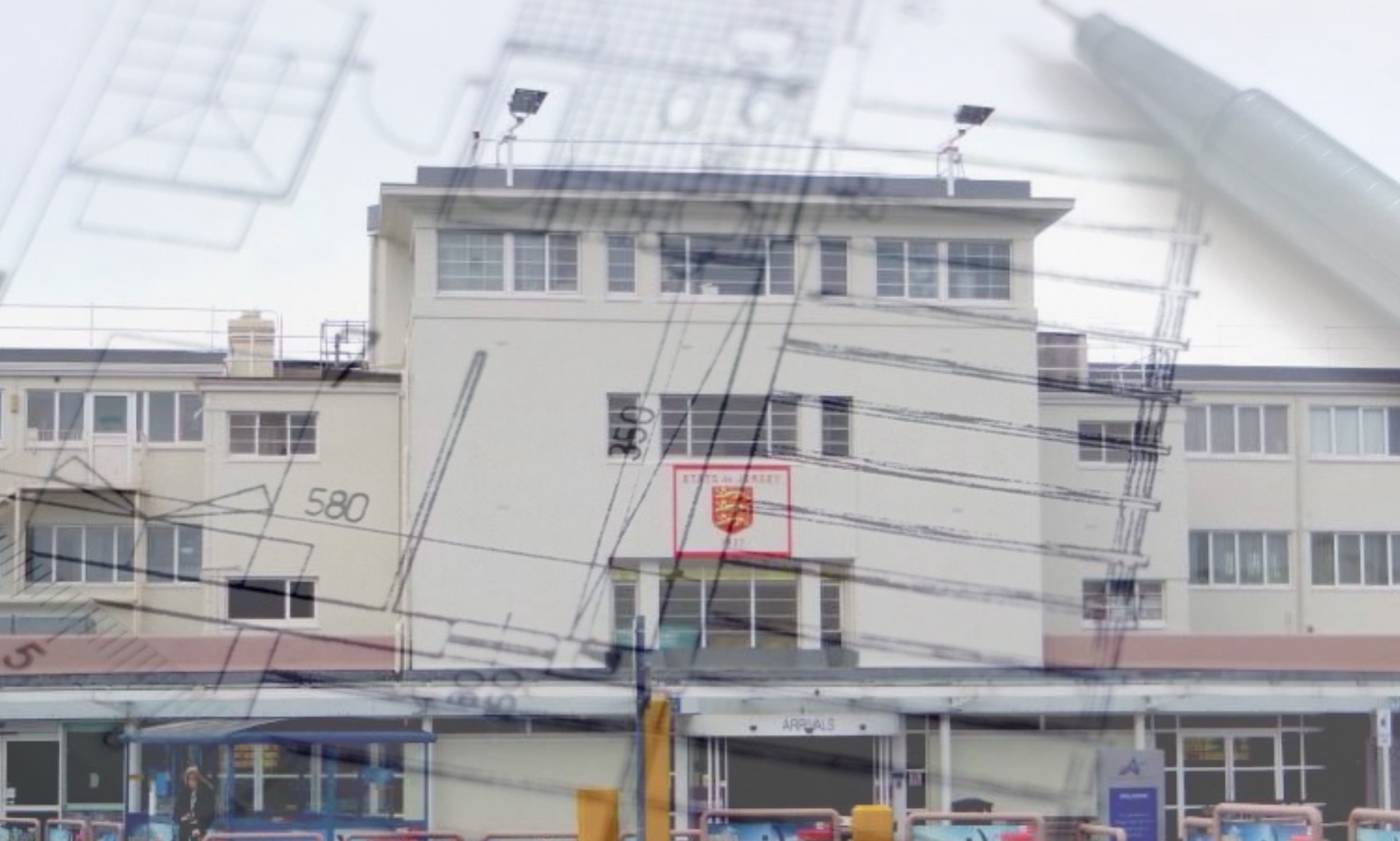 Pictured: Deputy Labey says the 1937 terminal shouldn't be demolished before there is more certainty about the overall project.

His proposals are scheduled for debate by States Members on 14 July.

Posted by Jon Needham on Jun 10th, 2020
Asking travellers to test before departure will not work. It will deter them from travelling and there is no saying how much in advance of travel they would need to test let alone get a result. Far better to extend the test on arrival regime.
Posted by Terry Oliver on Jun 10th, 2020
The redevelopment is unlikely to attract more visitors or even change their perception of our island. Smacks of a Vanity Project methinks
To place a comment please login Login »