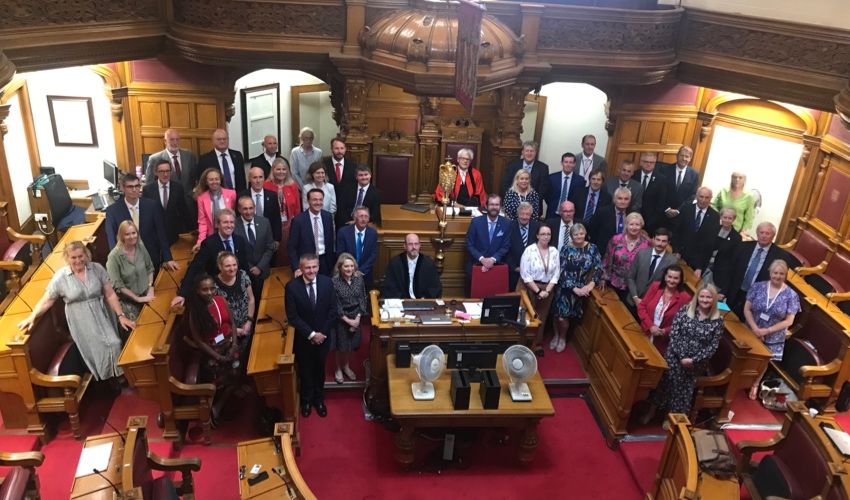 The make-up of the new States Assembly is more or less complete... So who is doing what, and who is keeping an eye on who?

We now know who is Chief Minister, and who stands in for her when she is unavailable, who are the Ministers and Assistant Ministers, who will be reviewing the work of Government in Scrutiny, and who sits on other bodies, such as the Planning Committee and States Employment Board.

With the States Assembly now on summer recess until September, States Members will be preparing for the hard work to begin with the new term.

That said, with the clock on Deputy Moore's first 100 day plan ticking away, many politicians won't be getting that much of a holiday, with a mini-budget, creation of a 'Cabinet Office', new hospital review, setting up of a co-funded payroll scheme appeals process, establishment of a public service ombudsman and a project initiated to improve islanders' engagement with the government all planned before the end of October.

So here is the full list of what political representatives will be doing in the Assembly, in addition to their constituency and other roles...

The job of Scrutiny is to be a 'critical friend' to Government, reviewing how it is run and proposals for new policy and legislation, and making recommendations for improvement. They are able to gather both physical evidence from Ministers and Government officials - such as reports - and hold hearings where they can question them on their work.

The Scrutiny Liaison Committee is a panel made up of the heads of all the other panels, who work together to coordinate reviews. Sometimes the panel will agree that new, specialist panels should be set up - such as the previous States Assembly's Future Hospital Review Panel, which examined the plans for the new hospital at Overdale.

This Committee - known as PAC - is primarily responsible for assessing how well taxpayers' money been spent and looked after, and whether the Government is properly following the rules for the spending of public money.

This panel primarily keeps an eye on the work of the Chief Minister and Treasury Minister.

This panel focuses on policies and legislation to do with Jersey's relations with other jurisdictions and the finance industry. More recently, the impact of Brexit has been a key theme. It normally questions the External Relations Minister, Minister for International Development and Economic Development Minister. Now that the Treasury Minister is being given responsibility for Financial Services (previously in the External Relations portfolio), it is likely that he will also be questioned.

This panel concentrates on the work of the Children and Education Minister, and the Home Affairs Minister.

This panel focuses on the work of the Health Minister and Social Security Minister.

This panel is responsible for grilling the Ministers for Infrastructure, Housing, and Environment.

This Committee is responsible for keeping an eye on and making suggestions for improving the running of the States Assembly and the rules States Members must follow -previously, it has looked at improving States Members declaration of interests, for example - as well as electoral reform.

This Committee sits in public, coming together to hear representations about planning applications and making a final decision.

The Commissioners are responsible for overseeing the work of Jersey Overseas Aid, which uses public money to support international development and assist with humanitarian crises.

States of Jersey Employment Board

This is a collective consisting of members elected to parliaments/legislative bodies within the United Kingdom, Ireland and the Crown Dependencies.

The Assemblée Parlementaire de la Francophonie will be elected in the new term, and there will be a host of other sub-panels, sub-committees, review bodies and other groups which Members will be involved with.

Posted by Jon Jon on Jul 20th, 2022
I see our connetable Le Sueur has left his party, made himself look pretty stupid in Trinity!
Posted by Jon Jon on Jul 20th, 2022
So many fancy titles but I wonder especially with so many new members in prominent positions ,if they really know what's involved, have they the knowledge to run certain departments or are they simply there to put forward their own agendas and forget about the rest of us.
To place a comment please login Login »