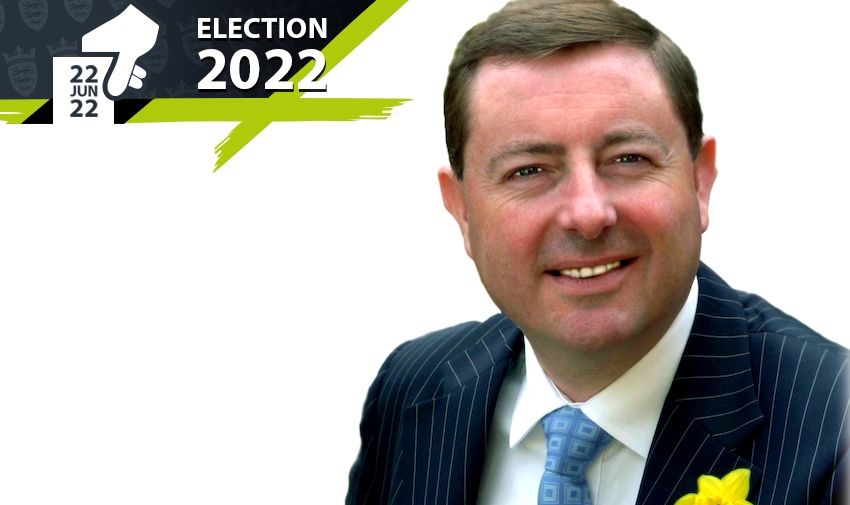 A former Deputy and employment lawyer is hoping to return to the States Assembly.

Nick Le Cornu is hoping to take one of four seats in the newly created district of St. Helier South.

He was previously elected Deputy in a by-election in 2014, but did not keep his seat in the general election later that year.

On his reasons for standing, he commented: “For over 30 years I have campaigned for social justice in Jersey. During that time, I never wavered in my commitment to promoting the social and economic interests of working people and pensioners.

“I have the same enthusiasm as when I was first elected to the States Assembly in 2014. That dedication is evident in my continued representation of employees as a Solicitor in the Employment Tribunal, where I have achieved success with race and disability discrimination cases.

“Last month I brought my Ukrainian relatives to Jersey and safety from the front line of Russian invasion. Islanders and institutions have shown incredible generosity assisting these three women.”

Mr Le Cornu continued: “A whole series of crises are coming to a head. The cost of living and stagnating wages are compounded by an over-heated housing market, and ever rising rents. We can no longer allow Jersey to be run for the rich alone. Working people must step forward.”

If elected, Mr Le Cornu said he would seek to strengthen worker’s rights by campaigning to abolish zero-hour contracts and demand a minimum wage of £15 per hour.

Posted by Jon Jon on May 12th, 2022
amazing how these past people who try time after time to get in the States,come up with with anything to tempt voters!
Posted by Sarah Ferguson on May 12th, 2022
And how will he fund the £15 an hour wage? This will cause reduced employment and increase demand for income support. They tried this in Seattle and the rate of unemployment shot up compounded by the drop in turnover in the businesses which had been employing the workers that the increased wage was aimed at.
To place a comment please login Login »