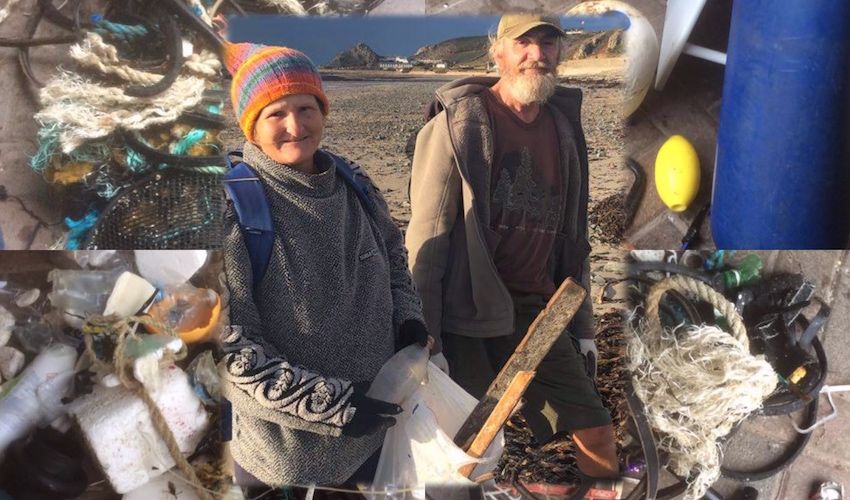 A Jersey couple who spend their weekends, and days off, litter picking on local beaches have managed to clean up over a ton of rubbish in the past year, and they say the problem is getting worse.

Tracy and Malcolm Vibert have been doing regular beach cleans for nearly 26 years, and say the amount of rubbish they find is going up, not down, despite the current focus on looking after the environment.

They made headlines in November 2018 after islander Jo praised them as "unsung heroes" for their "selflessness and dedication".

Last January, the couple bought some scales and decided to start weighing the bags they fill up every weekend. Tracy made a note of the weekly weights in a diary, and the couple added them all up after one final collection at the weekend.

It came up to 1,174.5 kg, excluding some big items such a boat fender that were too big for the scales.

“It was a lot more than we expected”, Tracy said. “We have been doing that for 25, coming up to 26 years. When we started, we used to get the odd crisp packet but now there is so much.

“It’s mainly fishing gear, but there is so much that is not all from local waters. We get an awful lot from Spain, America, North America, there is some Japanese stuff that comes off the boats, it all finds its way here.” 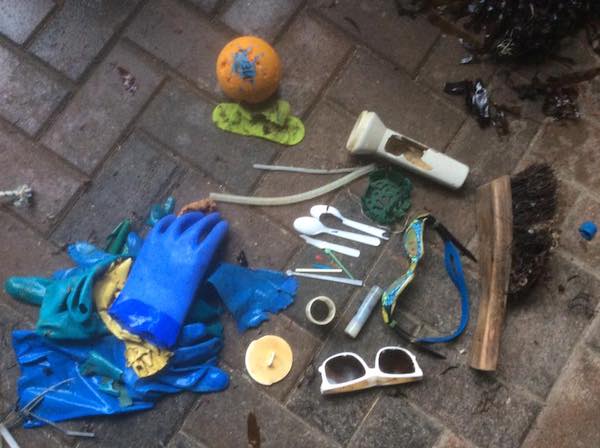 Pictured: Some of the items Tracy and Malcolm found during their latest beach clean.

Every weekend, bank holiday or holidays, Malcolm and Tracy got out for a “mooch” on Jersey beaches and they never leave without doing a beach clean. Sometimes, if the weather allows it, they go exploring with their kayak, loading it with whatever rubbish they find on the way back.

In the past year, the couple has “cleaned” St. Ouen’s Bay several times – Tracy admits it’s their favourite beach – as well as Ouaisne, Portelet, Noirmont, Plemont, Bonne Nuit Bay, Fliquet, St. Aubin, Archirondel and around Elizabeth Castle, among many others.

While the pair usually finds the largest amount of litter around the west coast - “Ouaisne is a pretty bad one,” Tracy said – it’s in Bonne Nuit Bay that they made their biggest collection of 2019. In one day, they removed 67 kilos of rubbish from the area, including five shoes, all left footed. 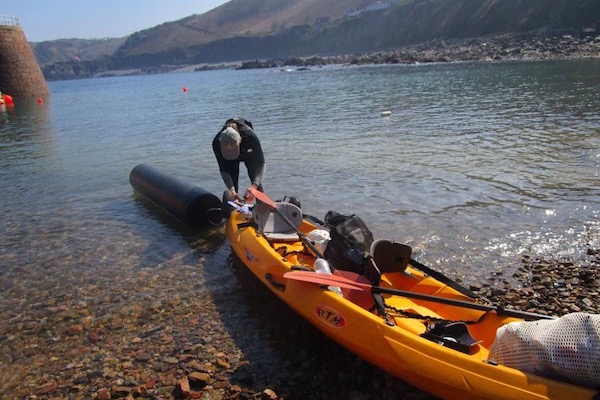 Pictured: Malcolm and Tracy often go out with their kayak.

The couple uses plastic bags Malcolm recycles from work to collect the litter and makes sure all items are either recycled or reused. Plastic and glass bottles, as well as glass jars are put in their respective bins. Fishing gear, including buoys and traps, are given out to local fishermen so they can “go back out to do their job” Tracy explained.

If the couple find any toys, such as buckets and spades, Tracy washes them and gives them to local nursery schools.

Some bits go back to the couple’s garden which Tracy says “looks like a beach”. Over the years, she has up-cycled buoys, fishing rods and oyster bags to decorate her garden shed, and has even used her finds to create a mascot called 'Chucky'. 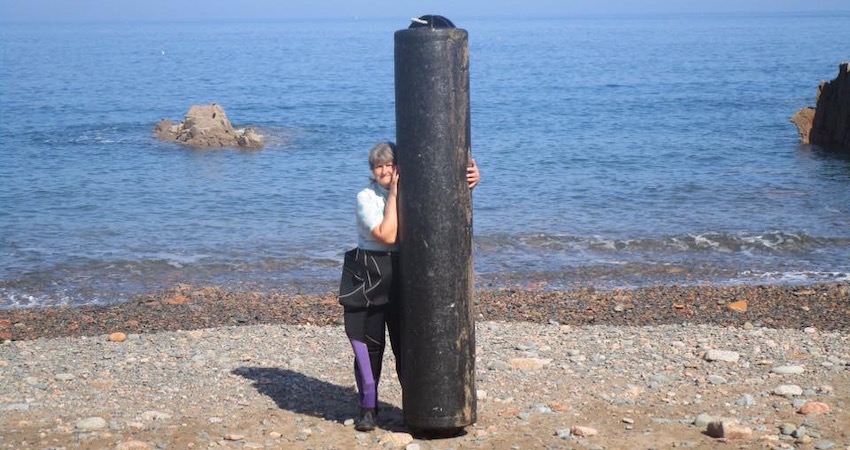 Pictured: One of the couple most interesting finds of 2019, a deep-sea mussel float.

Among the most “interesting” items Malcolm and Tracy found on the beach over the last 12 months was a deep-sea mussel float, which they towed back to Bonne Nuit bay in their kayak.

“I could barely put my arms around it,” Tracy said.

The only thing that Tracy does not like picking up from the beach is dog poo bags, which there is “an awful lot of” she says.

“I’m not particularly keen on picking them up for hygiene reasons, but we still do it. People leave them on slip ways and say they are coming back, but they don’t come back the same way. It’s laziness at the end of the day.

“I’d rather remove them than, especially plastics ones, bursting out and marine animals eating them thinking they are jellyfish.”

Pictured: Tracy says too many people leave their dog poo bags behind.

For Tracy, the amount of rubbish, especially single use plastics, found on the beach is not likely to reduce until everyone starts playing their part.

While the couple stayed under the radar for many years, Tracy says she is now more willing to to talk about what they do in a bid to educate others.

“We did it because that’s what we do, it’s who we are,” Tracy said. “It comes to a stage where if we can make people aware, I don’t mind sticking my head out.

“While there is new plastics being produced, we will always find new ones on the beach until it’s stopped. Coca-Cola has said they won’t stop using plastic bottles. When you see big corporations like this, I do not think there is a lot of hope. Until everybody sits up and says it is all our responsibility, it won’t get better.

“But I am quite happy to be part of a growing army doing their bit.”