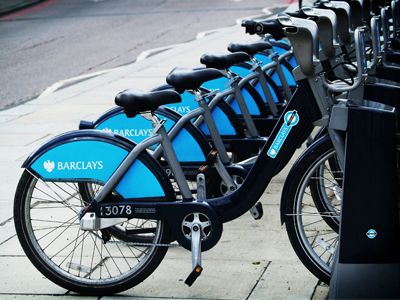 Jersey’s Transport Minister says he’s looking at a "Boris Bike"-style scheme from France as part of a strategy to cut traffic.

Many towns in Europe have rental schemes where people can pay to hire a bike with their debitcard, take it from a rack and cycle it to their destination and then leave it on another rack close by. The States said they would consider a similar scheme when they approved the sustainable transport policy back in 2010, but four years later Deputy Kevin Lewis says they are still considering it.

Now, a similar "Boris bikes" scheme is being considered for Guernsey’s roads, in a bid to ease congestion. The Boris Bikes were introduced by London Mayor Boris Johnson in 2010 and there are now 10,000 of the bikes dotted around the capital.

During the Olympics, there was a record 47,105 cycle hires in just one day.

Green bikes were introduced on the Island several years ago which Islanders were free to pick up, use and leave wherever they wanted. But the scheme wasn’t a success, the bikes weren’t looked after and Deputy Lewis said many ended up in the harbour.