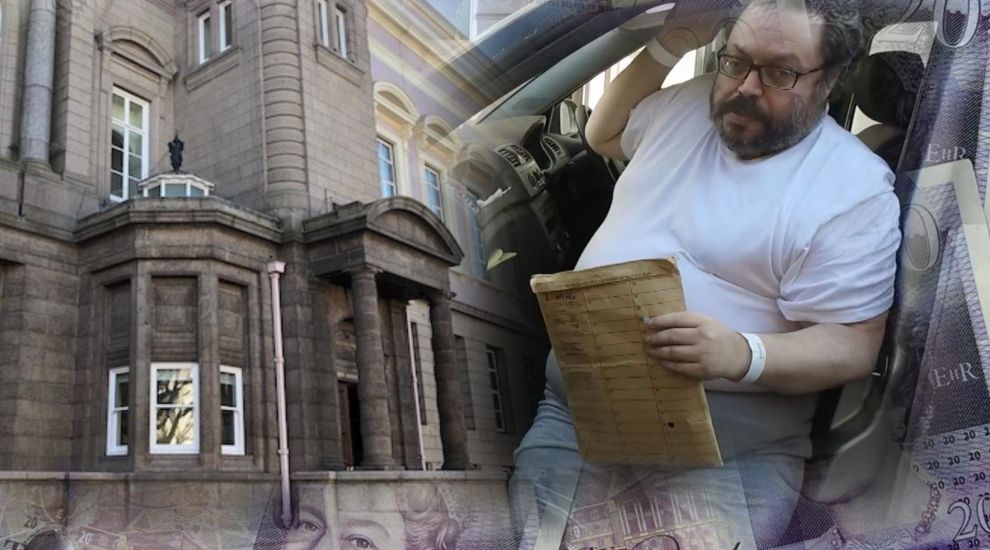 Taxpayers shelled out over £18,000 to bring a suspected multi-million fraudster back to Jersey, including sending him on a first class flight to the UK from the Kingdom of Bahrain.

Former Jersey resident Russell King (59) was extradited to the island following what were described as “lengthy and complex” proceedings back in July.

The ex-finance professional had been wanted in connection with more than 20 charges including fraud, forgery and theft surrounding the attempted sale of the Belgravia Group and an alleged attempt to misappropriate millions forming part of the estate of his former business partner, Duncan Hickman.

Mr Hickman died suddenly aged 40 in 2008. In that same year, Mr King was said to have left Jersey, with “no ties” to the island.

Pictured: Mr King leaving the Royal Court in an unmarked Police car after a previous hearing.

Having been extradited from Bahrain through 'Operation Humidor', he is now set to face trial alongside Paul Barber (55) and Simon Bailey for the alleged fraud, said to relate to more than £16million, in May next year.

Police initially declined to state how much had been spent on the extradition process when asked by Express under the Freedom of Information (FOI) Law. However, following a successful appeal by this newspaper, they revealed that the final cost stood at £18,862.

This involved a business class flight from Bahrain to the UK. Police justified this on the grounds that Mr King, who uses a wheelchair, needed to lie flat during the journey and that this would not be possible in another class.

Although they argued that the costly flights decision was taken on medical grounds - "this was a condition of the medical sign-off to allow the subject to fly" - they admitted that the flights were booked "at short notice", likely to have pushed the overall cost even higher.

However, the flight from the UK to Jersey was "considered short enough to be facilitated with a normal seat." 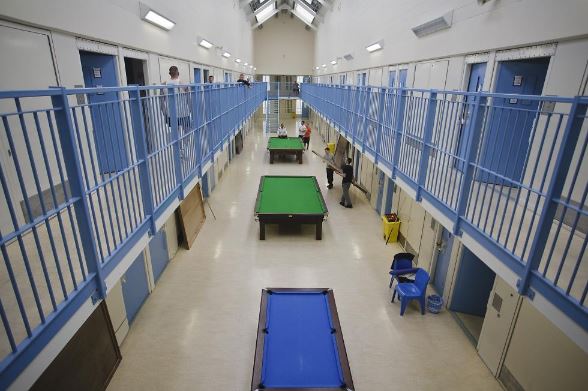 Pictured: Mr King has been deemed a "flight risk" and is currently being held at HMP La Moye.

The process and flight bookings were handled by a team of three Metropolitan police officers, who were chosen due to their "previous experience in this region and the local contacts already established."

They did not bill the States of Jersey Police for their time, only for the cost of the flights. "Meals are inclusive of flight costs," the FOI response noted.

It remains unclear what additional expenses may have been incurred in accommodating Mr King in HM Prison La More, where he is going to be held in custody until the trial after the Royal Court deemed him a "flight risk."

Withholding information on the grounds of privacy, despite Mr King's mobility issues having been mentioned in open court, including by Mr King himself, the prison would only disclose that it had recently installed a "disabled alarm phone" at a cost of £85 and a grab rail for the toilet costing £20. They did not state whether these were for Mr King's benefit.

La Moye officials did clarify that the Prison Service sometimes pays for extra equipment and services to accommodate prisoners' needs, such as specialist beds or hiring them an external assistant to help with daily hygiene, dressing and washing tasks, but did not specify the approximate cost of this or whether these were services being used by Mr King.

They added that such decisions were taken on a "case by case basis."