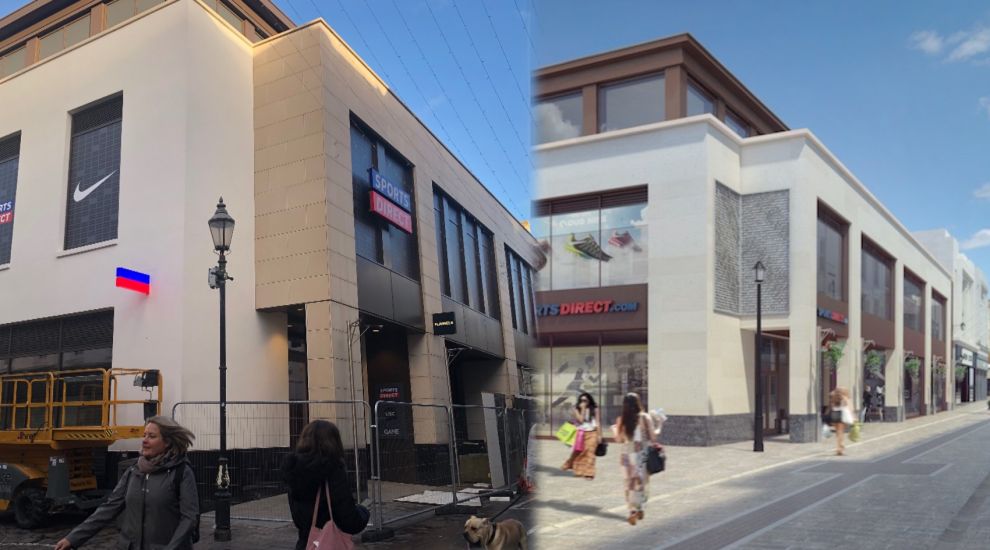 The £4.3m development of the old BHS building appears to be nearing completion, with a shiny new exterior catching people's attention.

Flannels Fashion bought the empty building after high street stalwart BHS’s collapse back in 2016 for £18m.

In September 2017, Sports Direct took full ownership of the chain of high-end designer stores which has been operating throughout the UK since 1976. 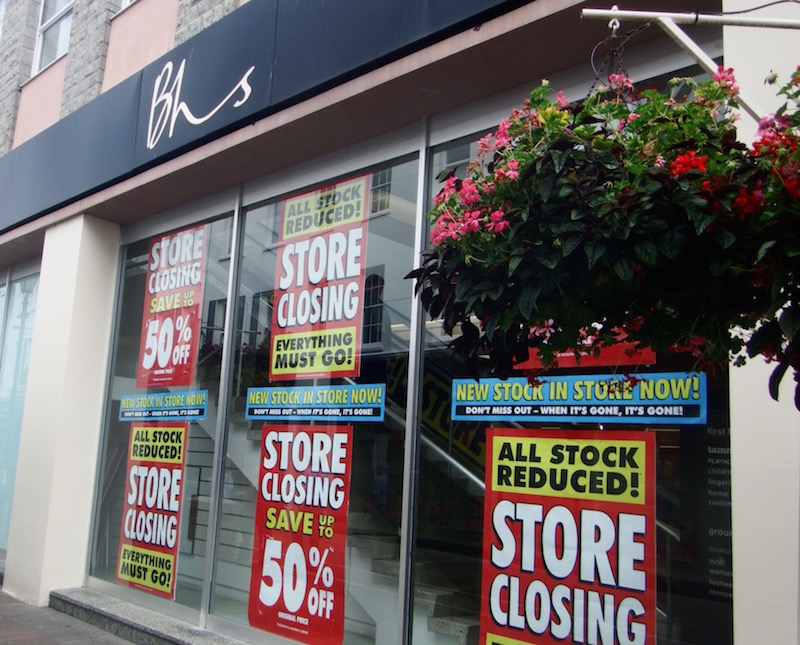 Two years later, plans were put forward to transform the store located at the corner of King Street and Don Street into two stores, including a Sports Direct, and a café.

The planning application also pledged a £30,000 ‘Percentage for Art’ contribution in the form of ‘kinetic’ wall art inspired by the iconic moving mural on Oxford Street’s former Debenhams store.

Designed by Archial Architects, the proposal consists of cladding screen made up of 185,000 aluminium shingles which can move independently with the flow of wind to create a fluid or ripple effect across the entire surface.

However, work does not seem to have begun on the kinetic wall artwork which was supposed to be located on the corner between King Street and Don Street. Express has contacted the architects to ask if this still forms part of the plans. 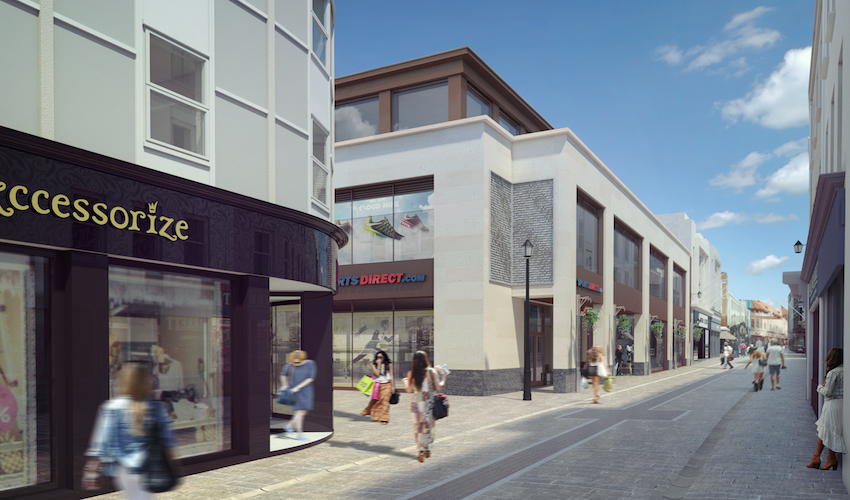 Pictured: How the store is planned to look, with the 'kinetic wall' art shown on the corner.

Prior to work getting underway to make the plans a reality, the BHS store played host to a USC. This moved to former Next premises Queensway House in late 2020, and is now hosting a closing down sale.

Hoarding came down in 2021, revealing a new, mostly-white structure underneath and an emerging third floor.

The external structure and new third floor now appear to be complete, although it is hard to see if the internal fit-out is in the same state.

IN PICTURES: The transition so far... 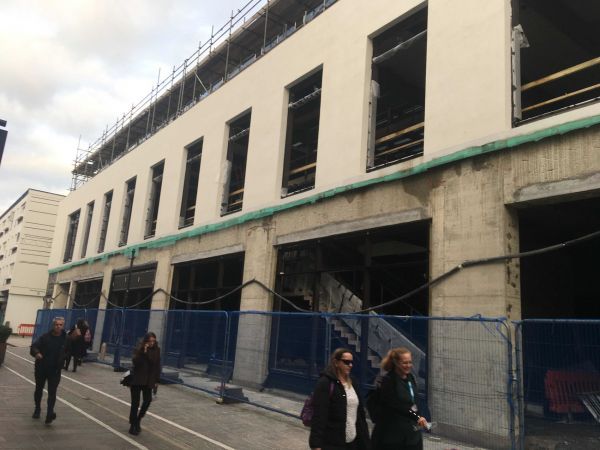 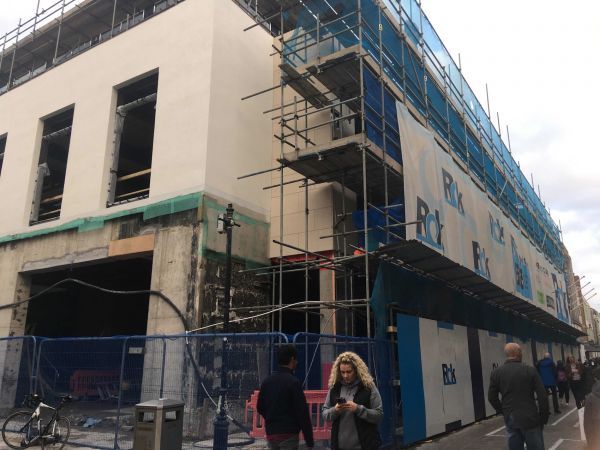 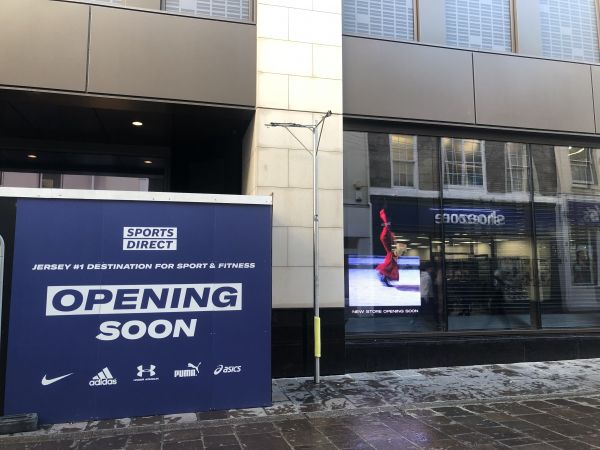 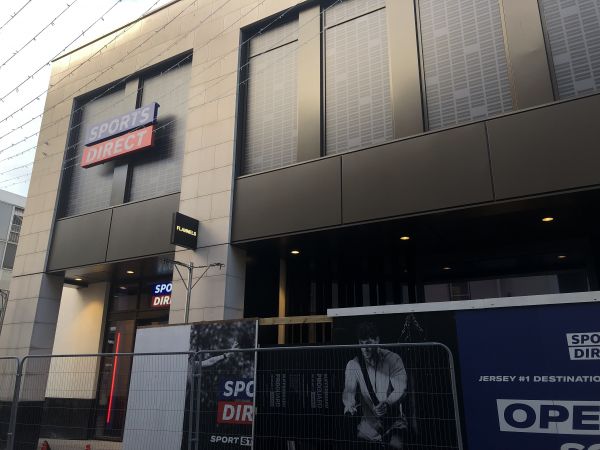 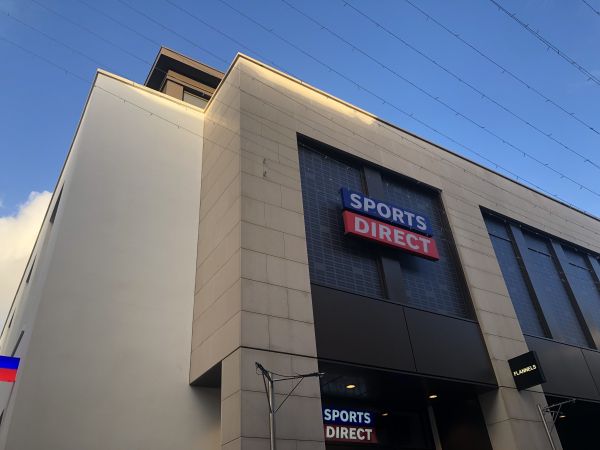 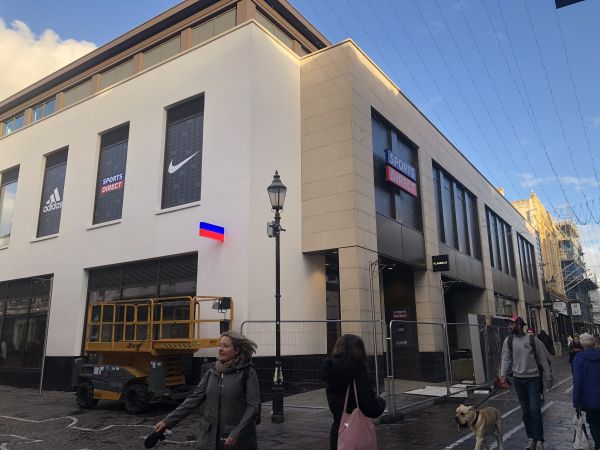 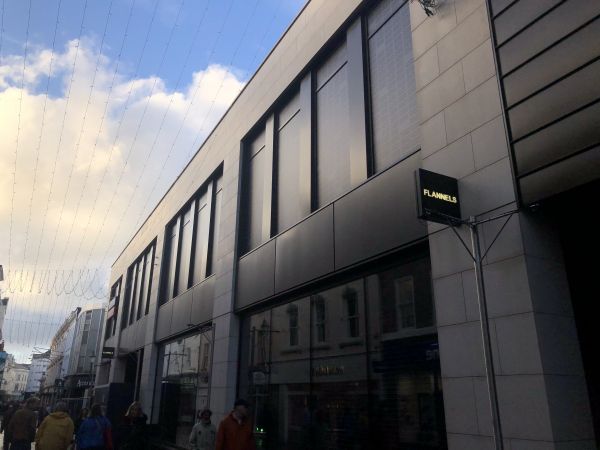 Posted by Isabel Jeune on Nov 17th, 2022
Another piece of Jersey's history gone down the pan. Such a shame.
To place a comment please login Login »