GALLERY: Red Rebel tackled into the sea during demonstration 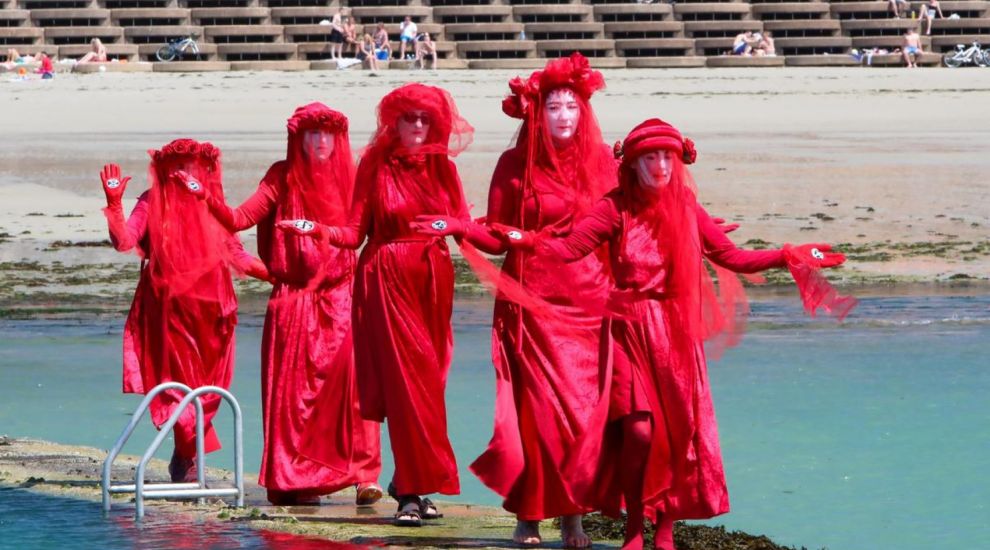 GALLERY: Red Rebel tackled into the sea during demonstration

A group of red-robed climate activists, aiming to draw attention to “the fate of our seas,” had to cope with a demonstration of a different kind yesterday, when a member of the public tackled one of them into the bathing pool at West Park.

The Jersey Red Rebels - part of the global Extinction Rebellion Movement – walked from Les Jardins de la Mer to St. Aubin’s Bay to draw “silent attention” to a number of environmental concerns linked to the sea.

This included the effect of toxic waste on local shellfish, plastic waste from fishing and other activities, as well as the presence of nitrates and mercury in the water, and rising sea levels – all of which, the group said, reflects “...the inability of the present economic and political system to take care of life in its fullest sense."

Video: The tackling incident was filmed and shared on social media. (Tom Robinson)

“This action for Extinction Rebellion invites us all to awaken to the harm our society is inflicting on our fragile ego system, the life support system we depend on,” they said.

“Profit shouldn’t come before our children’s heritage and lives. Let us come together to find ways to respect all life on Earth.”

The silent demonstration was disturbed when a member of the public tackled one of the robed protestors into the bathing pool at West Park as the group was walking along the edge of the pool.

The incident was captured on video and shared on Facebook more than 300 times. 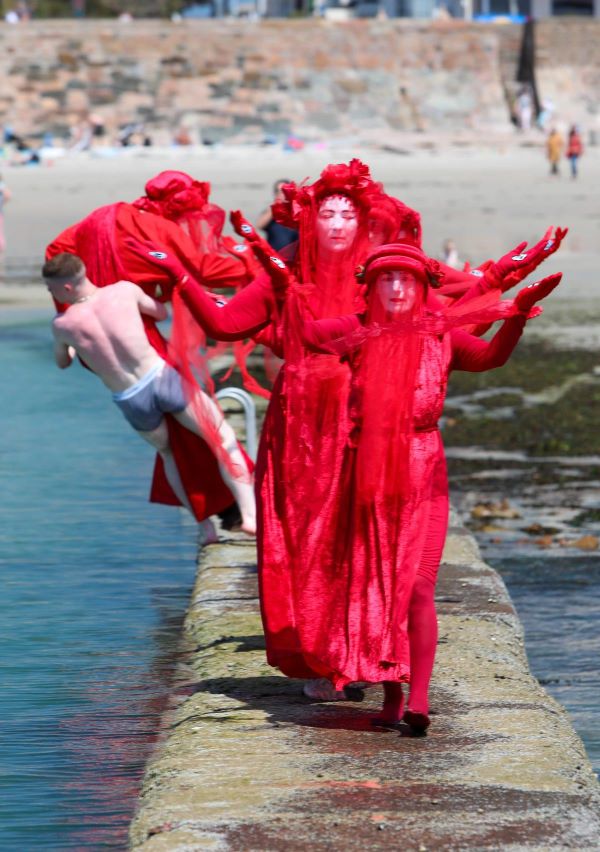 Pictured: A man tackled one of the Red Rebels into the bathing pool. (Simon Langlois)

While some found the incident funny, others argued there was nothing “amusing” about it, branding the young man’s actions as “vile” and pointing out the experience must have been “frightening” for the individual involved who could have been injured.

IN PICTURES: Drawing silent attention to the fate of our seas... 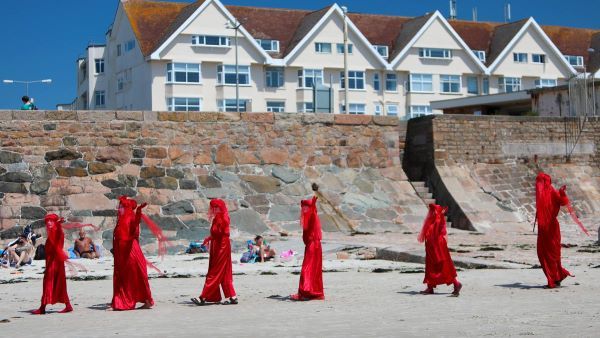 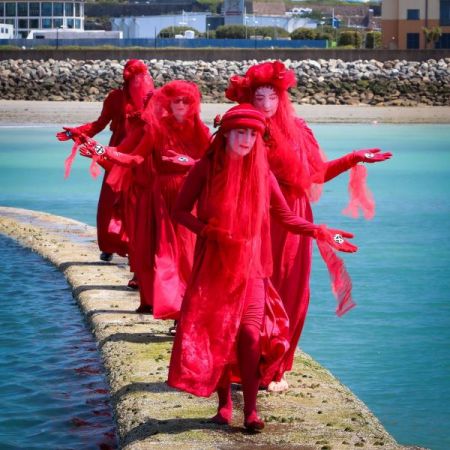 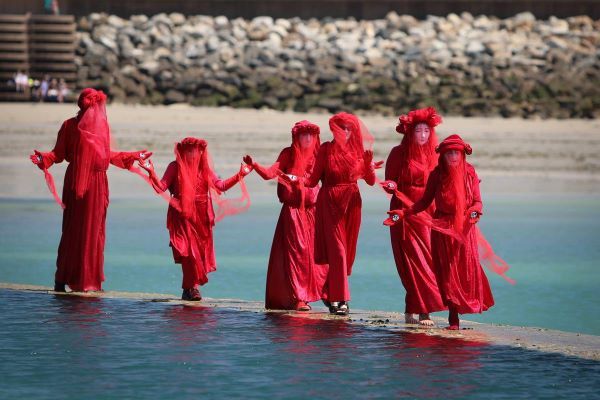 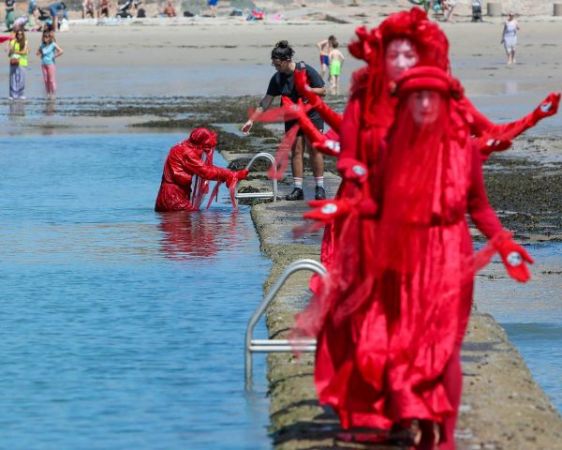 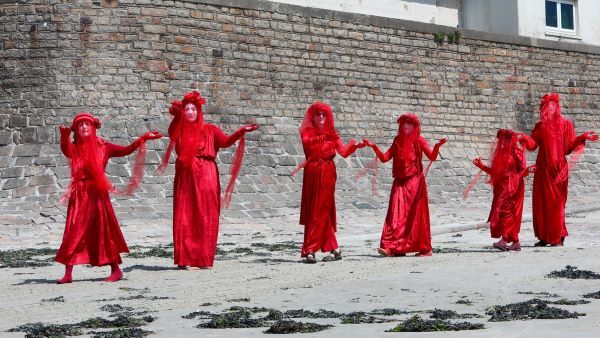 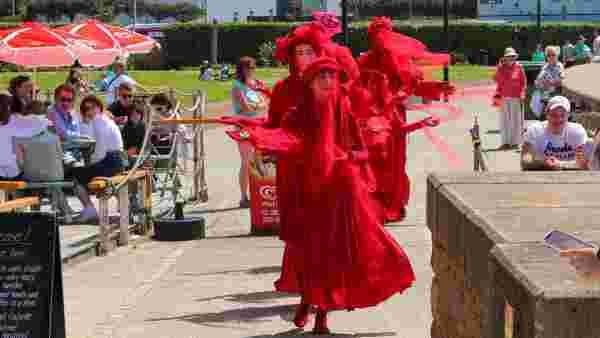 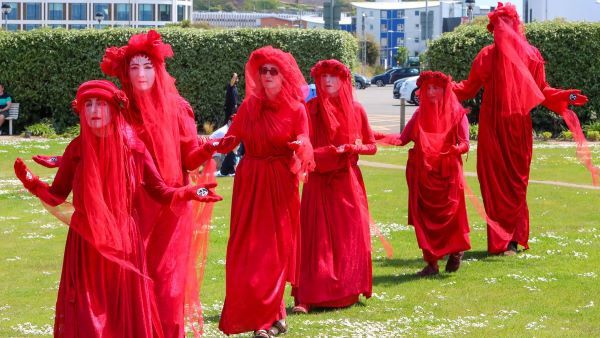 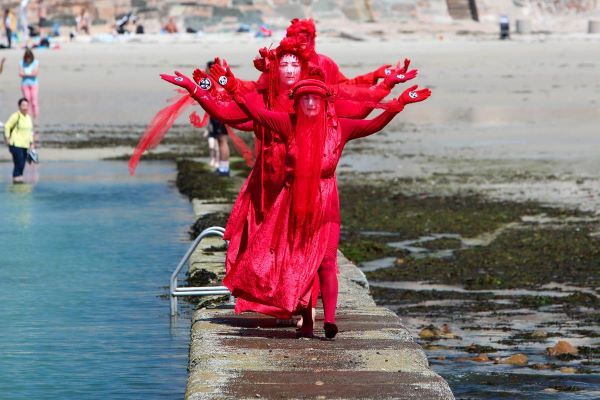 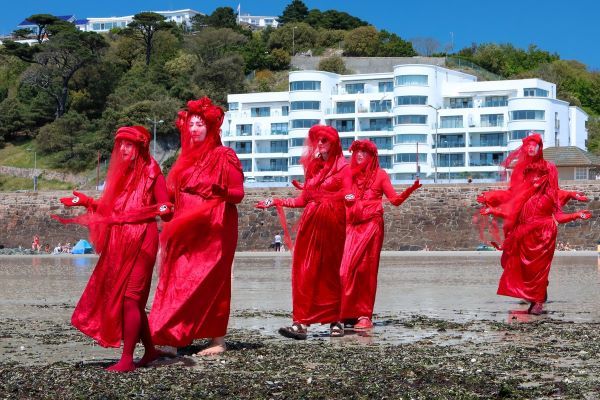 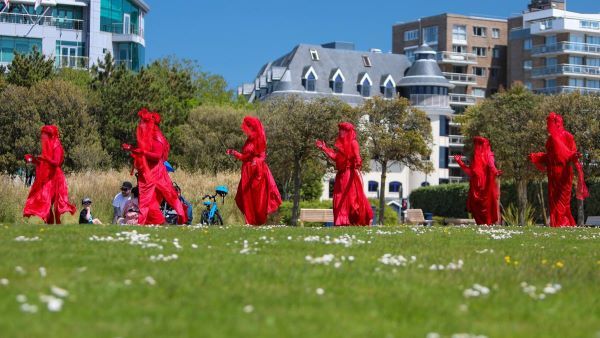 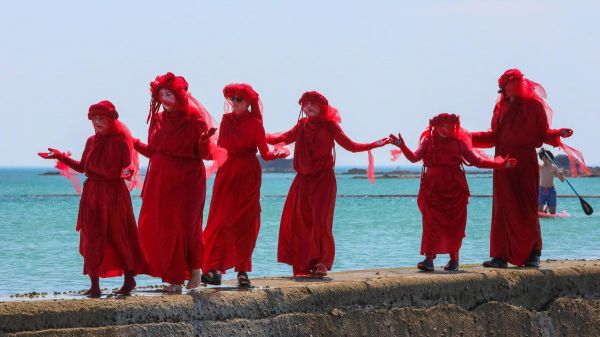 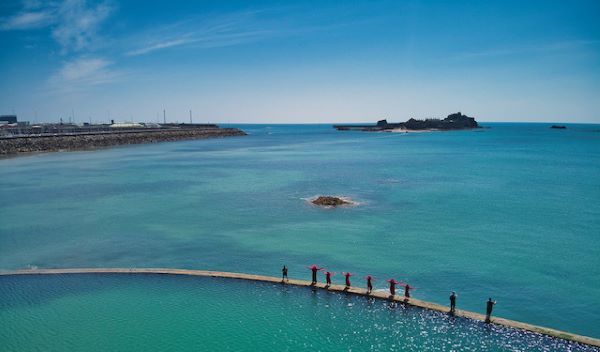 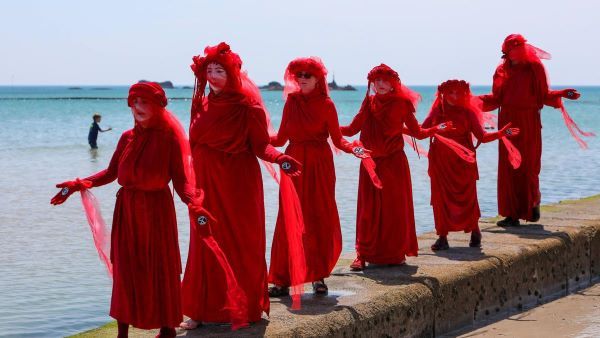 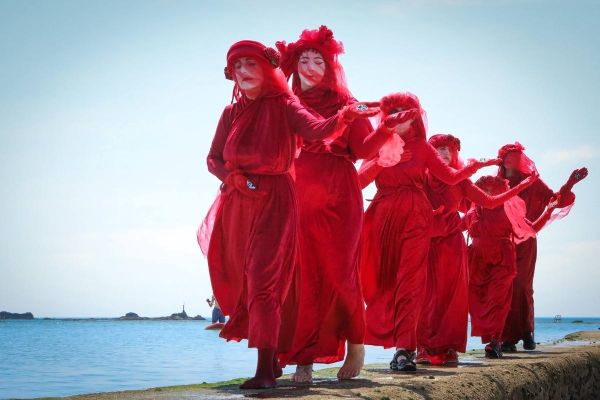 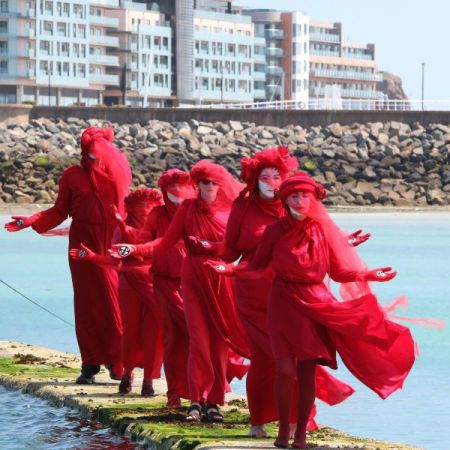 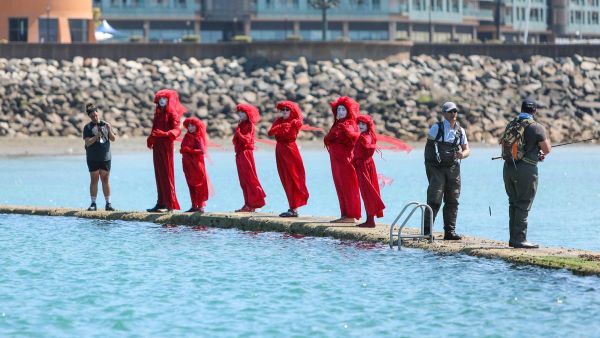 Posted by Roy Dean on Jun 1st, 2021
Should be in Court for Assault
Posted by Harry Helier on Jun 1st, 2021
A shameful action to do to someone demonstrating peacefully. Simply common assault, and should be dealt with accordingly.
Posted by Valerie Payne on Jun 1st, 2021
Shameful. It was a respectful protest. The man involved should be charged with assault!
Posted by IanSmith97 on Jun 1st, 2021
XR cause chaos and inflict criminal damage whenever it suits them, thankfully though not over here (as yet).
Posted by Christine Dukes on Jun 1st, 2021
Doesn’t this constitute an assault and aren’t there covid restrictions about going up to complete stranger and hauling them into the swimming pool. Let’s hope the person assaulted could swim and I’m surprised isn’t pressing charges.
To place a comment please login Login »