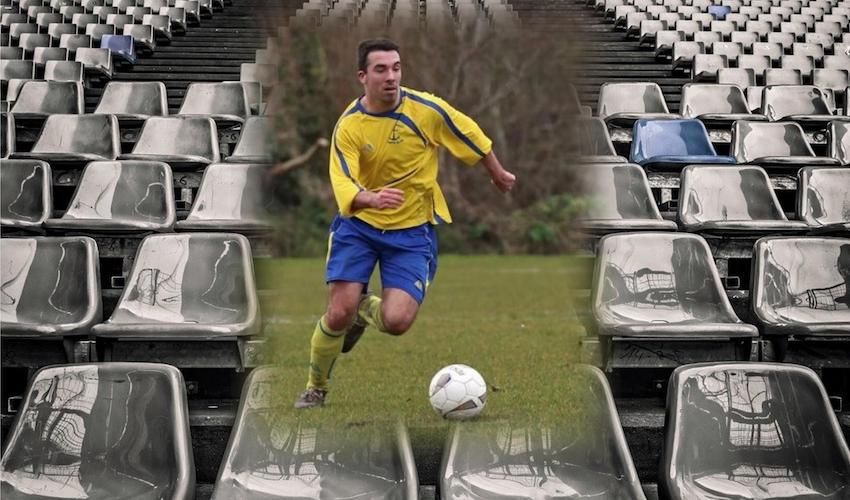 Having kept his sexuality a secret for many years, a young local footballer has spoken out about the challenges of being a gay sportsperson in Jersey.

The comments come from Rozel Rovers FC player of the year, Jay Curtis, who opened up about tackling challenges as an out and proud footballer on a local sports blog.

Speaking to Daniel Andrade, who runs the Jersey sports blog ‘Head to Head’, Jay said that football has always played “a massive part” in his life since he was a child.

Having played for St. Clement in the junior leagues, Chelsea fan Jay now plays for “the best team in St. Lawrence – Rozel Rovers.”

Pictured: Jay Curtis fell in love with football as a child (Head to Head).

When asked when he knew that he was gay and about 'coming out', Jay said: “I probably knew when I was 12 or 13 although I didn’t come out until I was around 21. It was a really difficult time to be honest.

“Everyone had always assumed that I was ‘straight’ so I was worried about their reactions if I told them – I didn’t want them to think of me or treat me any differently. The thought of having to keep my sexuality a secret every day drained me and I never really thought I’d be happy.”

One of the big challenges Jay faced, he told Daniel, was that he “didn’t know anyone in football that was gay at the time” and he even shied away from telling his teammates.

“The thought of making a big announcement to my teammates was too daunting so I just thought I’d let them find out through other people.”

When asked by the blogger if he’s had any bad experiences on the pitch as a result of his sexuality, Jay replied: “Never from my own teammates. My teammates have always been really supportive and that means so much to me. Occasionally I’ll get comments from the crowd or opposition players but I don’t let it get to me. I try to focus on my game and let my football do the talking.”

Jay said he felt tentative about coming out partly due to a lack of gay footballing role models.

“Whilst there have been a few examples of players coming out after retiring from football, there aren’t any ‘out’ footballers currently playing in England’s top four tiers of the male game, and this is the same for many other professional leagues around the world.

“There’s also still a way to go to tackle homophobia in football however, sadly, discrimination and abuse in football is a wider issue, as we’ve seen recently with the appalling racist scenes in Bulgaria.”

Overall, Jay says his experience in Jersey’s footballing community has been largely positive.

“I’m very lucky to have such a supportive family and network of friends as everyone was there for me when I came out. It was a huge step for me but I’m proud of who I am and I hope that in the future we’ll continue to make positive strides by being respectful of people in similar situations.”

Pictured: Jay says despite the challenges, his experience as an 'out and proud' footballer in Jersey have been largely positive.

Giving his advice to others who are finding it difficult to open up about their sexuality, Jay offered: “As much as it was a relief for me to come out, everyone’s situation is different so I would tell someone not to feel pressurised to come out before they are ready.

“If the time isn’t right to come out to everyone, I’d recommend talking to a trusted friend or family member just so you’ve got someone close that you can talk to and let them know how you are feeling. It’s important to remember that although you may be struggling now, it does get better and you are never alone. Be proud of who you are.”

Equally, Jay said that LGBT islanders shouldn’t let their identity stop them from participating in the sport they love – whether that’s football or anything else.

He said: “I want to show that people in the LGBT community can also be part of the football community in Jersey, and encourage people who may be worried that their sexuality will stop them from participating.

“Obviously I can only speak for myself, but my experience of local football has been largely positive since coming out and I would hope that would be the same for others. Regardless of someone’s sexuality, race, gender or background, everyone should be treated with the kindness and the respect that they deserve.”

This interview was sourced from Daniel Andrade’s local sports blog ‘Head to Head’, click here to read it in full.