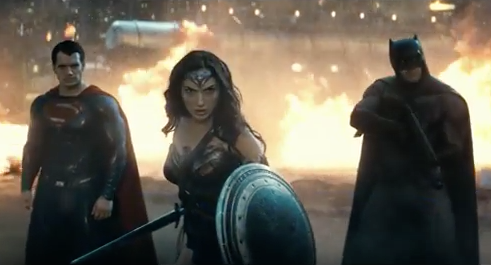 It’s the moment when the Son of Krypton and the Bat of Gotham meet for the first time and you can see Jersey’s very own superhero in action right here.

Almost three million of us have already checked out the new full-length trailer of Batman v Superman: Dawn of Justice starring Henry Cavill since it was unveiled this week for the world to see.

The film isn't out in the UK until March next year but you can get some of the action right here...

It’s been a busy time for the Hollywood heartthrob. He hung up his cape for a new mission when he starred as Napoleon Solo this summer in Guy Ritchie’s spy thriller The Man from U.N.C.L.E.

He’s now filming the British-American war film ‘Sand Castle’ directed by Fernando Coimbra and based on the screenplay by Chris Roessner.