Go ahead and knock it down! 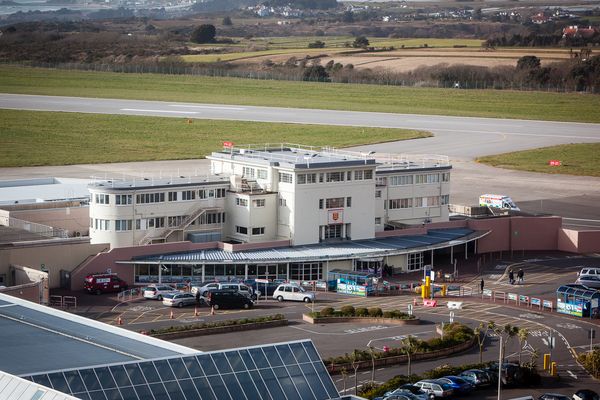 Go ahead and knock it down!

The arrivals building at Jersey Airport is to be knocked down, following concerns that it's a safety hazard.

The Environment Minister, Rob Duhamel, has now given the go-ahead to remove the listed building, which was built in 1937, and which has been the subject of a campaign to save it. At a previous meeting, the Minister had asked the airport to look at moving the entire runway instead; but that has now been discounted as a 3D model showed that doing so would put it too close to other buildings, such as the medieval parish church and St Peter's village.

The arrivals building is a Grade 2 listed property, and is officially a Site of Special Interest. However, management at the airport pointed out that it was too close to both the runway, and the taxiway which aircraft use ahead of take-off and after landing.

The Environment Department says that the Minister would not normally allow the demolition of a listed building with significant historical and architectural significance.

Director of Development Control, Department of the Environment, Peter Le Gresley, commented: “The Planning and Environment Minister fully recognises the heritage value of the 1937 building. However, having carefully considered all the relevant issues, he considers that the requirements of Jersey Airport are the over-riding factor, and he has reluctantly approved the demolition of the existing building.”

Deputy Duhamel has put a number of conditions on the demolition, including a full survey, keeping a complete record of the structure, and promising that if any hidden historic features are found, work will be suspended.