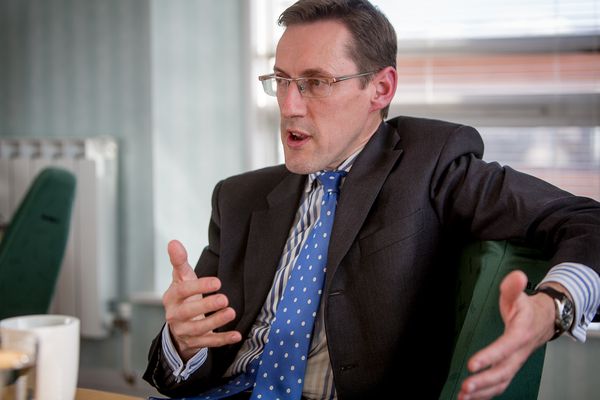 Chief Minister Ian Gorst is heading to the Anti-Corruption Summit in London tomorrow and has indicated he will sign a global declaration against corruption – but the British Virgins Islands and Panama have not been invited to attend.

In a statement to politicians yesterday, Senator Gorst confirmed that he had been invited to the summit at Lancaster House, saying that Jersey “holds a leading position on transparency and exchange of beneficial ownership information which is critical for the successful fight against corruption, money laundering, terrorist financing, tax evasion and other financial crime”.

On Monday, Lord Howarth of Newport – a former Labour Minister for Education and Arts in Tony Blair’s government – said during a question session on Money Laundering that Jersey had declined to attend the conference, along with the BVI and Cayman.

In his statement yesterday, Senator Gorst confirmed that he would be attending after being invited by UK Prime Minister David Cameron.

He said: “The UK Prime Minister has said that he wants all those at the summit to sign up to the first ever global declaration against corruption that would commit them to working together to tackle it, acknowledging that corruption undermines efforts to end poverty, promote prosperity and defeat terrorism and extremism.

“Jersey has for long pursued a policy of commitment to and compliance with international standards in the fight against all forms of financial crime and I intend that we should continue to do so.”

Among those attending are: US Secretary of State John Kerry, President Buhari of Nigeria, President Ghani of Afghanistan, President Santos of Colombia and Russian  Deputy Foreign Minister Oleg Syromolotov.

“Jersey has taken a lead on global transparency” – Osborne

JFSC tells finance industry: “We want to know about any dealings you have had with Mossack Fonseca”

Will Jersey’s ministers release their tax forms like Cameron and Corbyn?