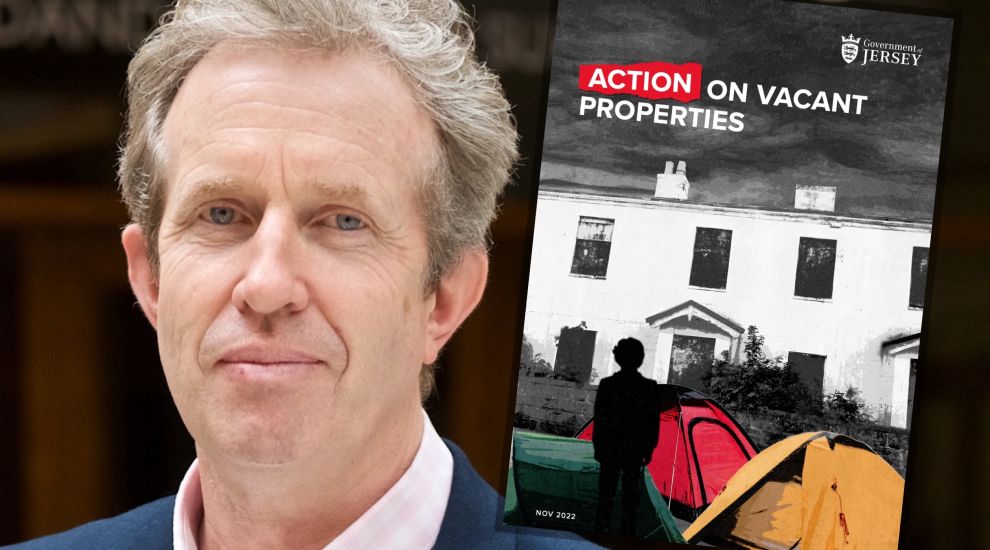 Using compulsory purchase powers to bring vacant properties onto the local market is among the “drastic" measures” under consideration by the Government.

It was one of a number of actions listed in an ‘Action on Vacant Properties’ plan released by the Housing Minister, Deputy David Warr, yesterday.

New taxes, including an annual charge levied against vacant properties, have also been listed among the potential methods.

Deputy Warr said his department estimated the number of empty homes to be around 900 - 500 of which being second or holiday homes, 178 empty staff accommodation, 108 as "owner away long-term" and a further 125 were categorised as empty for "other reasons".

The action points, which aim to get the homes back into use, include creating a website before the end of January where islanders can report properties that have been empty for a long time or are in poor condition.

The report states that, of the future options being researched, "empty dwelling management orders" could be introduced to enable the government to take control of a property for a period of time to bring it back into use.

Compulsory purchase action is also being considered "where all other available options have been exhausted", and public interest in acquiring a property can be "proven".

Deputy Warr admitted that the latter method was "drastic" but said there was a "moral imperative" to address the issue of empty homes.

More detail in today's JEP... Click here to subscribe to the daily e-edition for as little as 39p per day...

Posted by BrianFrith76 on Dec 1st, 2022
Shouldn’t our Government be looking at empty and derelict properties they administer (eg St Saviours Hospital) before threatening compulsory purchase orders in the private sector? St Saviours, the Fort and many others have been derelict and underused for decades and should be their primary and most urgent consideration.
Posted by Madeline Bates on Dec 1st, 2022
I disagree with Brian Frith,who says the Fort has been derelict and underused for decades. I and many others used both the Fort Gym and exercise/dance classes for decades,until about 3 years or so ago,when they started closing parts down.It was always fully supported by both locals and visiters.The Gov't was hellbent of getting their hands on it, years ago,when they closed the much used swimming pool, to try and force people to use the Aquashplash,which they were pumping thousands of pounds into;It didn't work,as members just went to Les Quennevais instead.We had a Leisure centre to be proud of,if you look on Youtube. The Gov't won't rest until they turn it into flats or a hotel.
Posted by Private Individual on Dec 4th, 2022
More government overreach.

They are determined to gain access to all our houses by any means possible. This is the first step under the disguise of "public health" and the "Environment" and the jealous disposition of many islanders who hate the fact that some people have done well in life.

There are many reasons houses are empty, since when did government have a say in what you can do with your personal property?
To place a comment please login Login »