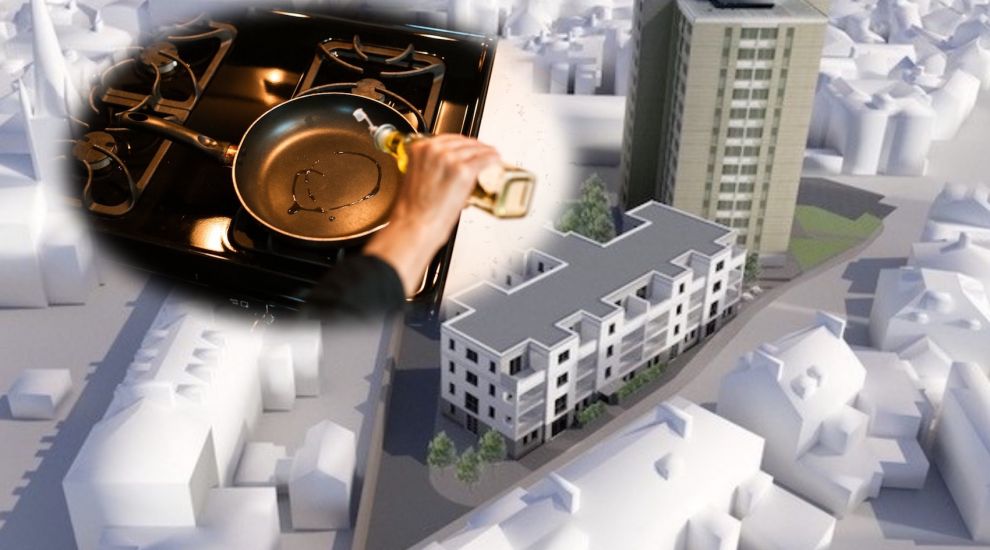 Up to £50k from a charitable trust has been earmarked to fund a new kitchen for Age Concern Jersey.

The new kitchen will form part of Age Concern’s new facility at Val Plaisant, with the funding taken from the Harold Le Seeleur Charitable Trust.

The Ministerial Decision, signed by Health Minister Deputy Richard Renouf, said the grant would fund: “Procurement of kitchen equipment to fit out a commercial standard kitchen in the new Age Concern facility that will provide meals in-house and for delivery, for the aged, infirm and needy service users of the charity.”

Pictured: The kitchen will be part of Age Concern Jersey's new facility on the ground floor of Andium's Val Plaisant building.

It further added that the grant would be commemorated by a plaque “in memory of the Late H. E Le Seelleur,” whose fund was intended to be used for the benefit of the aged.

The new Age Concern premises were given the go-ahead in June, and will be situated on the ground floor of a new 21 apartment complex delivered by Andium Homes.

The report accompanying the Ministerial Decision says that:

"The quotation for the basic equipment of a good standard is £37,496, and there would be other kitchen requirements, which is why Age Concern Jersey have quoted a ceiling of £50,000. The proposal is for a specific grant of £50,000 for this specific purpose, requiring copies of all invoices to be provided. In addition, having a specific purpose for the funds means that Age Concern Jersey would be able to erect a plaque in the dining area thanking the late HE Le Seelleur for his bequest to the Island. The facility is expected to be complete by September 2021 with fitting to be completed beforehand and the grant is requested for drawdown after confirmation is received of installation."