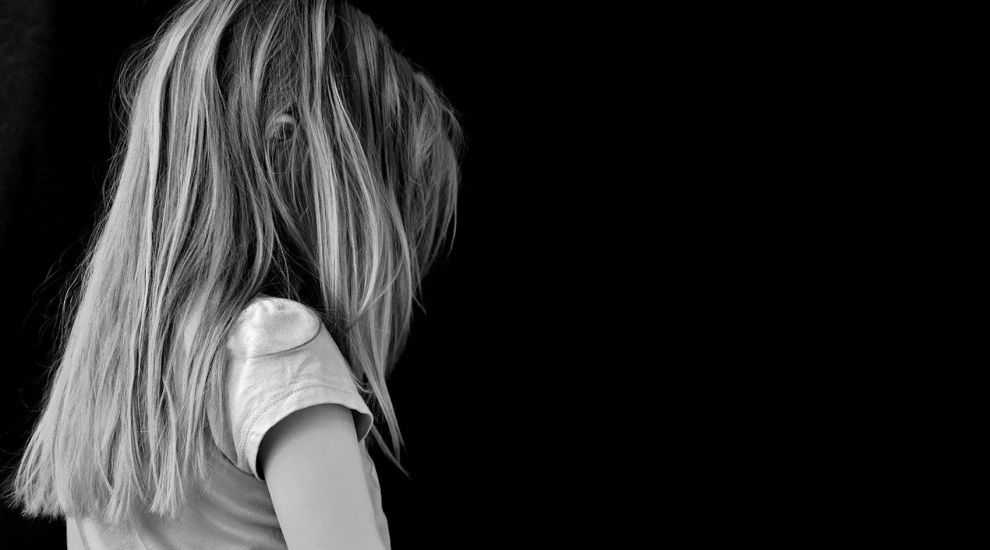 For every £1 spent on overhead and legal fees in a 2019 scheme to compensate survivors of abuse in Jersey care, more than £4 went to the claimants - whereas a previous scheme saw just 63p go towards those who suffered.

The Redress Scheme was created in 2019 to provide compensation for those who - between 1945 and 2005 - either “suffered” as a result of the “harsh regime” at Les Chênes secure school, or who were sexually or physically abused whilst there or under Government care.

£1.8m was paid out under the scheme in total, though two applicants are still awaiting their money.

While the compensation sum was less than a third of what the scheme was predicted to cost as a result of having fewer applications than expected, it constituted 80% of the money involved in set-up, with just 20% being spent on overheads and lawyers fees.

The split was drastically different to its predecessor - the 2012 'Historic Abuse Redress Scheme' (HARS) - where survivors of abuse got a share of less than 40% of the overall cost, while more than 60% was spent on lawyers.

Published this week, the closing report on the 'Redress Scheme' explains how the 2019 initiative functioned, and compares it to HARS.

Express digs into the detail of the report... 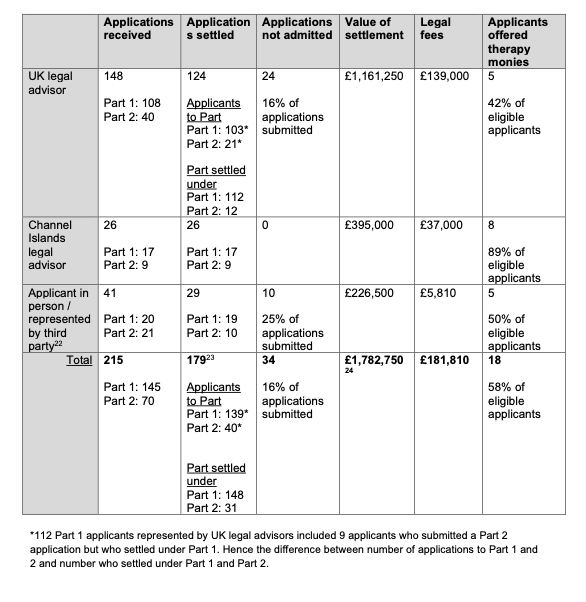 Pictured: A breakdown of legal fees paid out by the Government in the new scheme.

It marks a shift from the Government’s previous 2012 ‘Historic Abuse Redress Scheme’ (HARS 1), which was set up survivors of abuse in Government residential care between 1945 and 1994.

The report recalls how “public and Ministers had expressed concern about HARS I overhead costs and associated legal fees.”

Indeed, £4m of the scheme was spent on these legal overheads, compared to the £2.5m paid to applicants.

Saying the new ‘Redress Scheme’ had “been informed by lessons learnt” from this, it discusses their “more pragmatic approach to settlement of claims,” saying they were provided with more “evidence about harm/abuse in care settings which was not available when HARS I was established.”

It notes that under HARS 1 “for every £1 spent on overheads, c. 63p was provided to applicants.”

In comparison, excluding therapy money, under the more recent Redress Scheme, “for every £1 spent on overheads, c. £4.11 was provided to applicants.”

It also notes that it was “estimated that HARS I applications took between 4 to 36 months to settle,” whereas the Redress Scheme “committed to pay an applicant’s award, and their legal advisor’s fees, within 72 days of a settlement agreement.

This was meet in over 99% of all settled applications, with two settlement applications left awaiting their results.

In addition to this, more than £50,000 was shared between 18 survivors to pay for their therapy and treatments for the effects of the abuse they had suffered, with the scheme having offered £3,000 per applicant in fees.

So far, two have used their therapy money.

Breaking down the payments

The report further details how the majority of the funds went towards those who had suffered from the “harsh regime” at Les Chênes - £1,374,500 between 148 people.

In contrast, 31 people who had suffered sexual or physical abuse under Government received a share of £408,250 - this amount was £32,750 more than was initially offered, as a revised offers were negotiated. 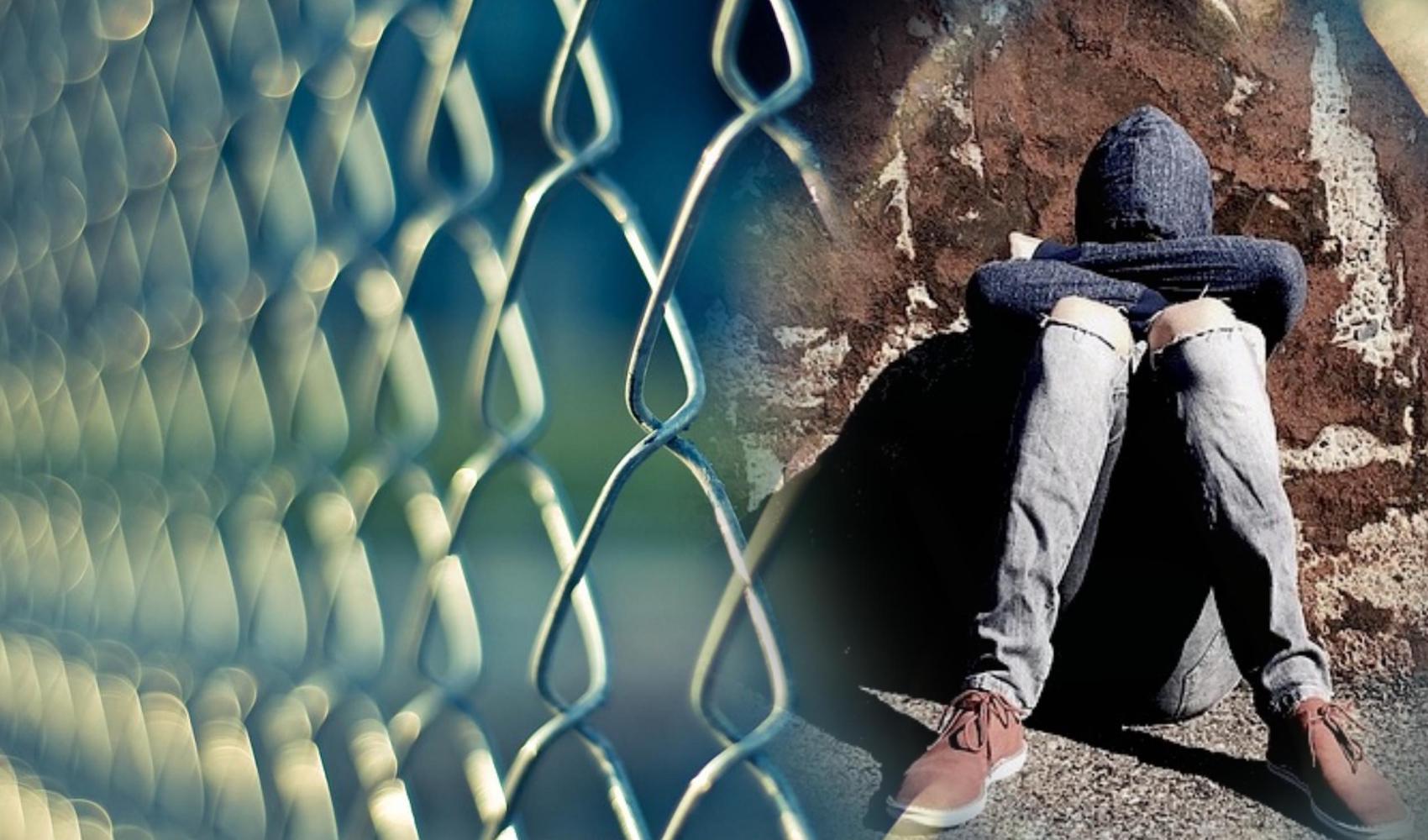 Pictured: The Redress Scheme followed a campaign by over 100 former residents of Les Chênes.

The payments for those who applied for Part 1 of the scheme, involving Les Chênes, were measured by the number of nights an individual had spent at the facility in addition to “inappropriate treatment”, with payments ranging from £1,000 to £14,000.

The payments for those who applied for Part 2, directed at those who had suffered sexual or physical abuse while a resident in Government children’s homes or foster care, were measured based on the “nature, severity and frequency of the abuse suffered, and any physical and psychological injuries or long-term effects.” 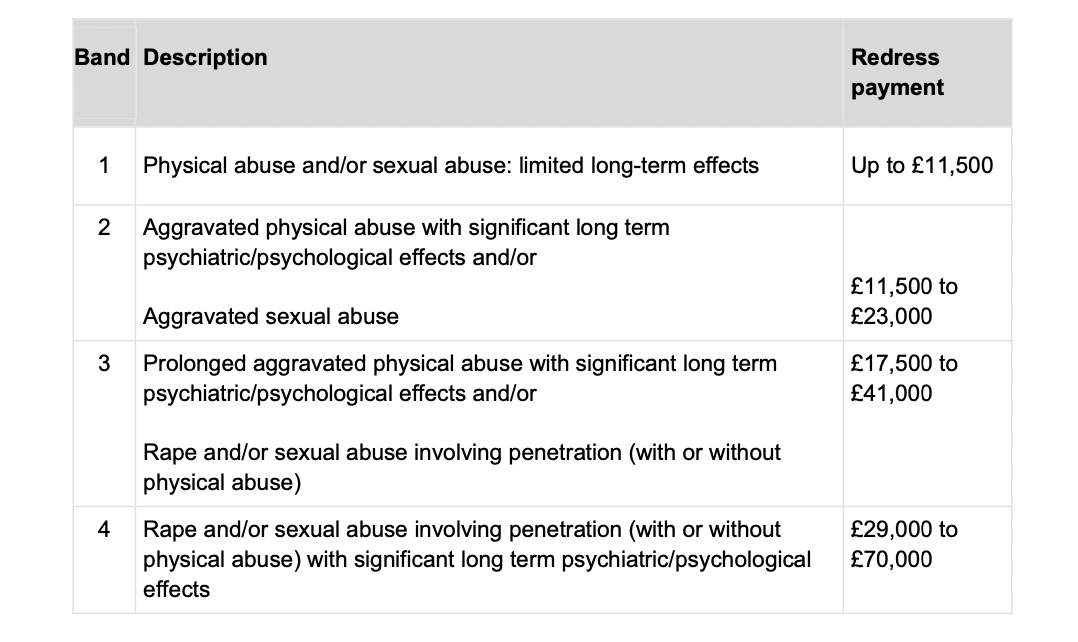 Pictured: The payment criteria for those who had suffered physical and sexual abuse.

An applicant could have a settlement discussion with the Redress Team "either before an offer was made or after the offer was made", with the option to also ask for review by an Independent Counsel if they did not agree on the amount offered.

Another element not featured in the 2012 scheme was the option for survivors to be given a letter of apology from the Minister for Children.

118 applicants (66%) took up this offer, with the report noting that “feedback from applicants indicated that the letters were of importance to them and were well received."

Lessons to be learnt

In a section outlining what things have been learnt from the 2019 scheme, the report notes that "only c. 50% of applicants in person who were potentially eligible for therapy monies applied for therapy monies, which is broadly comparable to applicants represented by UK legal advisors (42%).”

Pictured: The criteria for those receiving compensation for their time at Les Chênes.

Addressing this figure, it outlines that "whilst these differences may be due to factors such as the applicant not requiring / already having access to therapeutic support, any future scheme should give consideration as to how best to ensure that applicants in person are fully aware of, and encouraged to access, all aspects of the scheme.”

Another part of this section relates to the 41 applications were received ‘in person’ without any legal aid, or were represented by a third party - 10 of these were not admitted.

On this, the report notes “25% of applications received from applicants in person were not admitted into the scheme.”

The report states that this large proportion was to be “expected,” and that it did not indicate any need to learn beyond ensuring “where an applicant in person is not admitted into the scheme, they are redirected to independent legal advisors.”

Of the 34 people not considered eligible for the scheme: