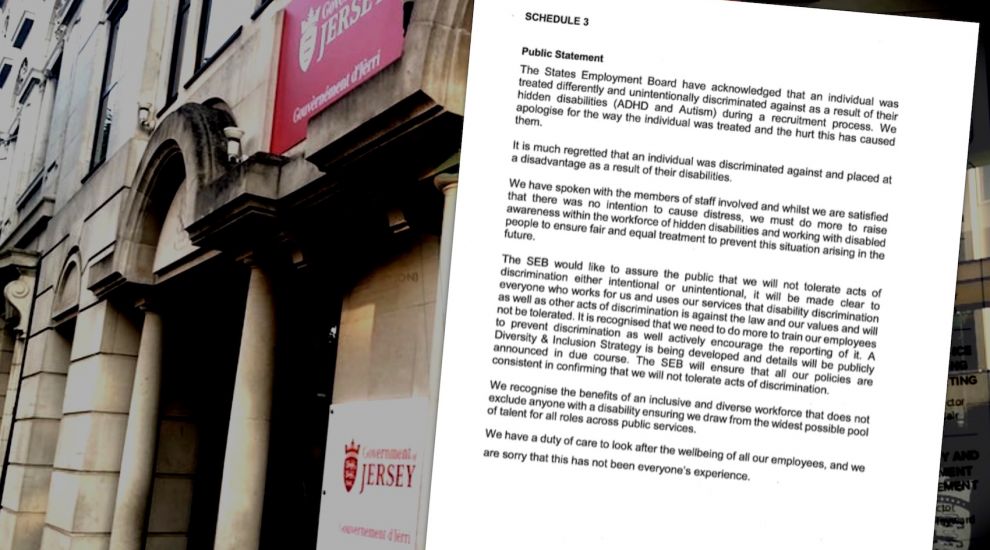 The Government has issued a public apology acknowledging that "an individual was treated differently and unintentionally discriminated against as a result of their hidden disabilities (ADHD and Autism)" during a recruitment process - but is refusing to disclose any further information.

The 'public statement', which was sent to all media without any explanation at 12:20 today (Tuesday 7 December), appears to be part of a wider legal agreement.

A marking at the bottom indicates that it is page 11 of a larger document, and it is headed 'schedule 3'.

When Express questioned the Government on this, it declined to provide any further details on the nature of the discrimination, when it happened, which department it involved, whether legal proceedings or a settlement had taken place or indeed why it was sharing the statement at all.

A spokesperson simply said: "I'm afraid nothing more can be said about this." 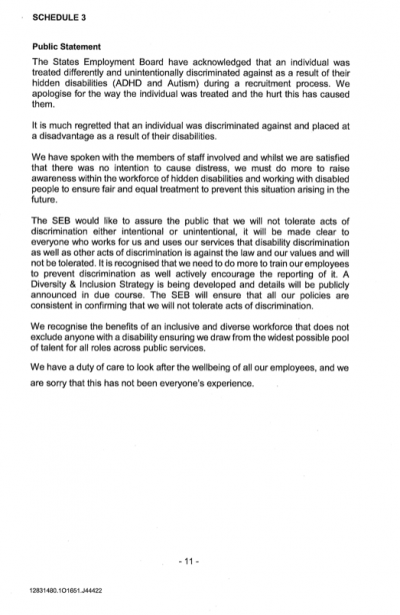 CLICK TO READ: The 'Public Statement' issued this afternoon.

The statement says that the Government "apologise[s] for the way the individual was treated and the hurt this has caused them."

It adds: "It is much regretted than an individual was discriminated against and placed at a disadvantage as a result of their disabilities.

"We have spoken with the members of staff involved and whilst we are satisfied that there was no intention to cause distress, we must do more to raise awareness within the workforce of hidden disabilities and working with disabled people to ensure fair and equal treatment to prevent this situation arising in the future."

It goes on to state that the SEB "will not tolerate acts of discrimination, either intentional or unintentional."

It says a Diversity and Inclusion strategy is being developed for Government and will be "publicly announced in due course."

It concludes: "We have a duty of care to look after the wellbeing of all our employees, and we are sorry that this has not been everyone's experience."

Posted by Scott Mills on Dec 7th, 2021
Makes the law then breaks them more than any org or person. Just gotta love our gov. Wet and WIld beaches out there today.
To place a comment please login Login »