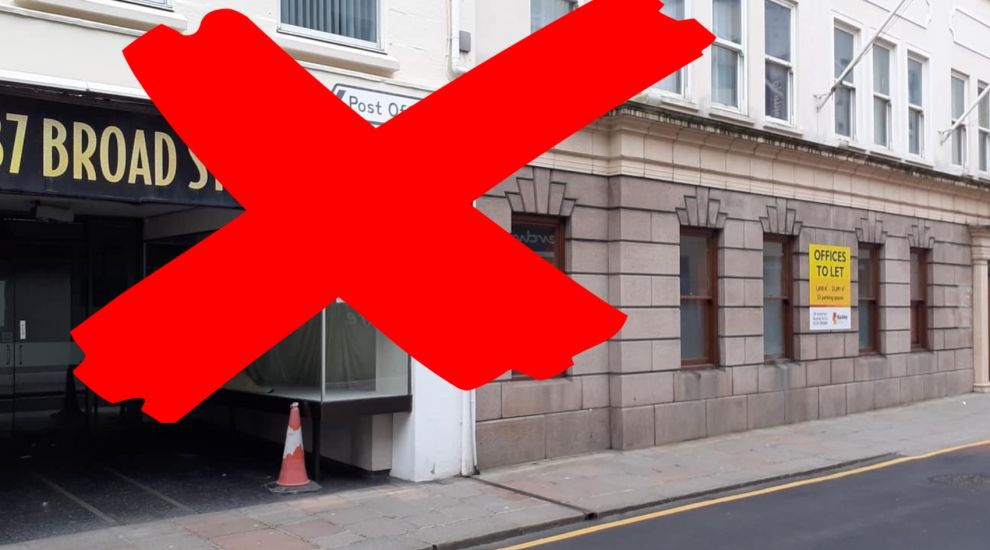 The Government has backed out of a new 25-year lease on another Broad Street premises, citing “last minute and unexpected commercial issues.”

The lease on 31-41 Broad Street was to be signed with LMN Jersey Investments Limited and was earmarked as part of plans for a new GovHQ.

However, in a letter to Chief Scrutineer, Senator Kristina Moore yesterday, the Chief Minister said that the Government was withdrawing the standing order to sign the lease, stating there had been “last minute and unexpected commercial issues that need to be resolved in advance of entering in a contract.”

Pictured: The intended premises were further down the road from the current Government HQ.

He placed blame on the decision to not move forward elsewhere, though, stating that he “must stress, these issues are not of the Government’s making.”

The lease, which also included 19-29 Commercial Street, would have formed part of the Government’s ‘Office Modernisation Plan' and come into force within the next two weeks.

The Government’s current HQ is also located on Broad Street, in the former Royal Bank of Canada building. However, the rental has always been referred to as a “temporary” arrangement for the Government as they searched for a longer-term home.

When questioned by Scrutiny in November, the Chief Minister said the Government preferred a “flexible” approach rather than committing to a buy in light of the pandemic's impact.

Posted by Scott Mills on Jan 15th, 2021
does that mean we'll be able to drive down it now?
Posted by Keith Marsh on Jan 15th, 2021
Good try Scott.
Where has this breath of fresh air come from, the Government actually "thinking" and getting it right ~ yes, you never sign a 25 year lease, especially in times of crisis when the shape and size of Government's needs for the future are unknown.
To place a comment please login Login »