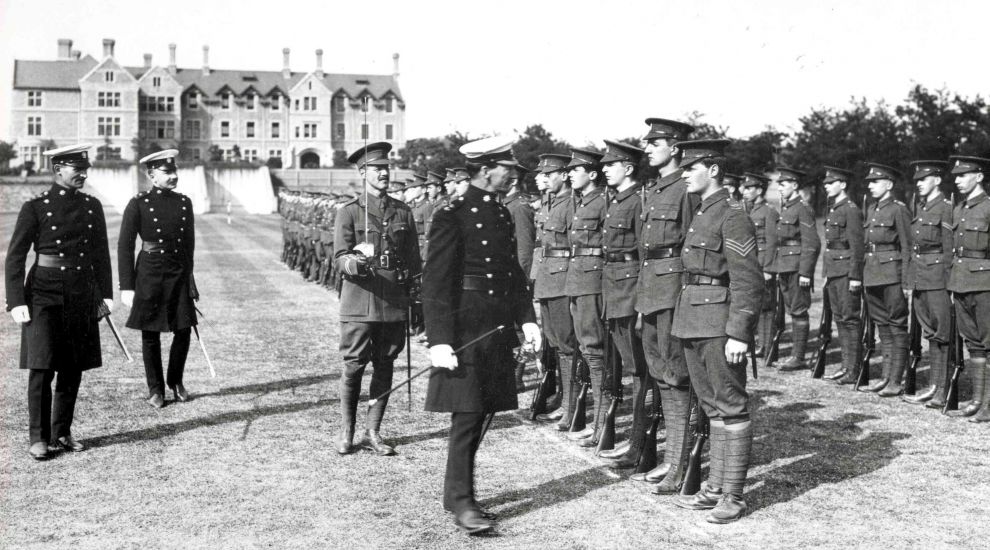 A new exhibition about the First World War and Jersey’s role in it has opened at the Jersey Museum and Art Gallery.

Voices of The Great War tells the story of the war through a group of 12 Islanders; some who left to fight, and some who stayed at home.

Doug Ford, Director of Community Learning at Jersey Heritage said:  “While the story of the Great War is a story of millions it is also the story of individuals.  In order to make Jersey’s experience in this war more understandable, Voices of the Great War is an exhibition which tells the stories of twelve individuals who played different roles within the conflict – some active and some passive.”

The exhibition is sponsored by Credit Suisse. Roy McGregor, Chief Executive Officer of Credit Suisse in the Channel Islands, said: “Having enjoyed working with Jersey Heritage last year on a successful project we are delighted to work together again and support Voices of the Great War in this important centenary year, which coincides with Credit Suisse’s tenth anniversary in Jersey.”

To support the exhibition, Jersey Heritage has published a book by local historian Ian Ronayne.

Jersey‘s Great War covers the role of the Militia, the Island’s French soldiers, how German POWs came to be in the Island, the fate of ‘enemy aliens’, opportunities for women and the impact of the war on day-to-day lives. It can be purchased from Jersey Museum & Art Gallery for £19.95.  The author is also compiling a blog for the Jersey Heritage website which will run for four years cataloguing what happened in Jersey from 1914-1918.

100 years on: the prison camp that time forgot